The darker blue green & shades were the earlier printings by Matsuda, while the lighter yellow green shades were later Government printings.  Only one original plate known. 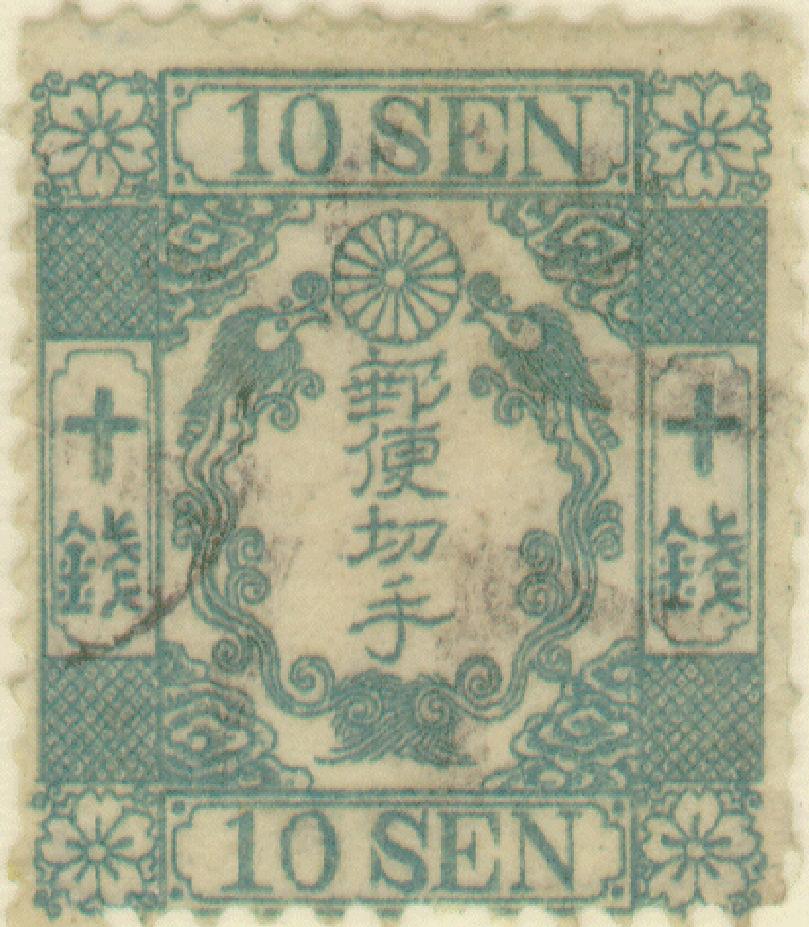 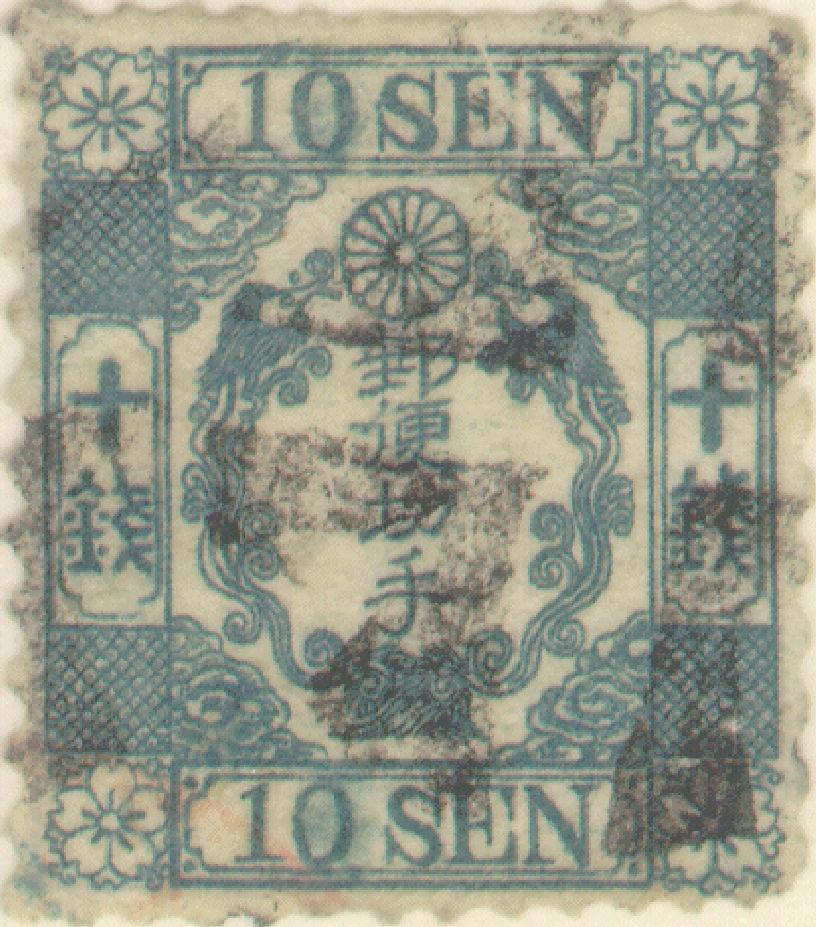 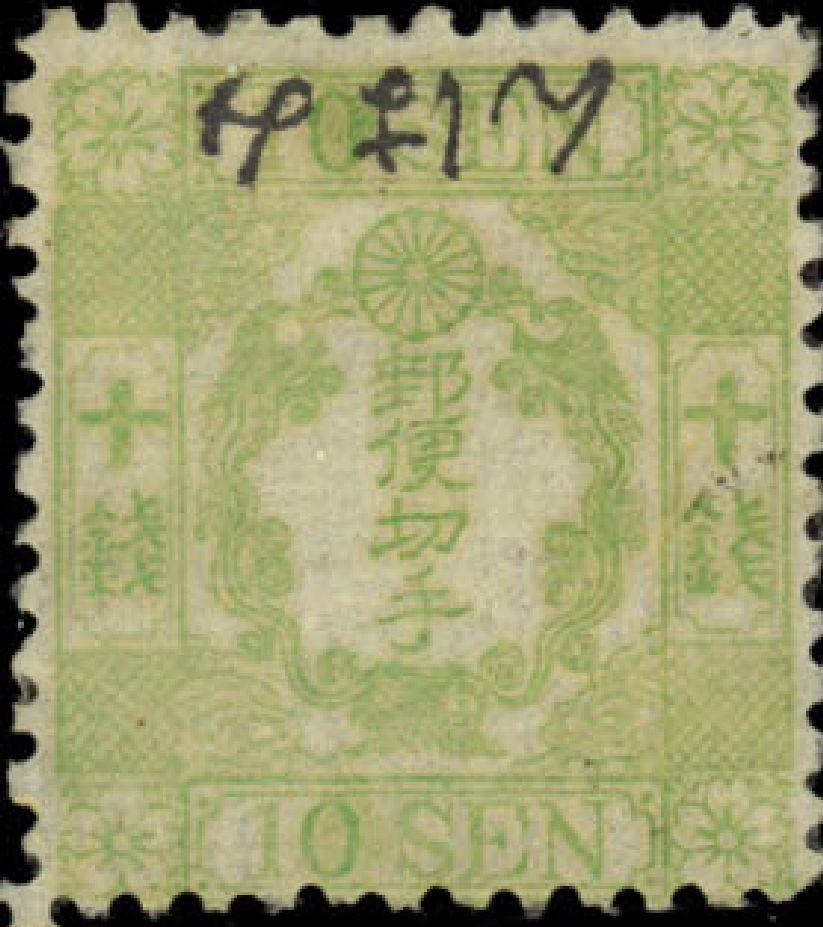 Government printing showing blur around the “0” of “10”. 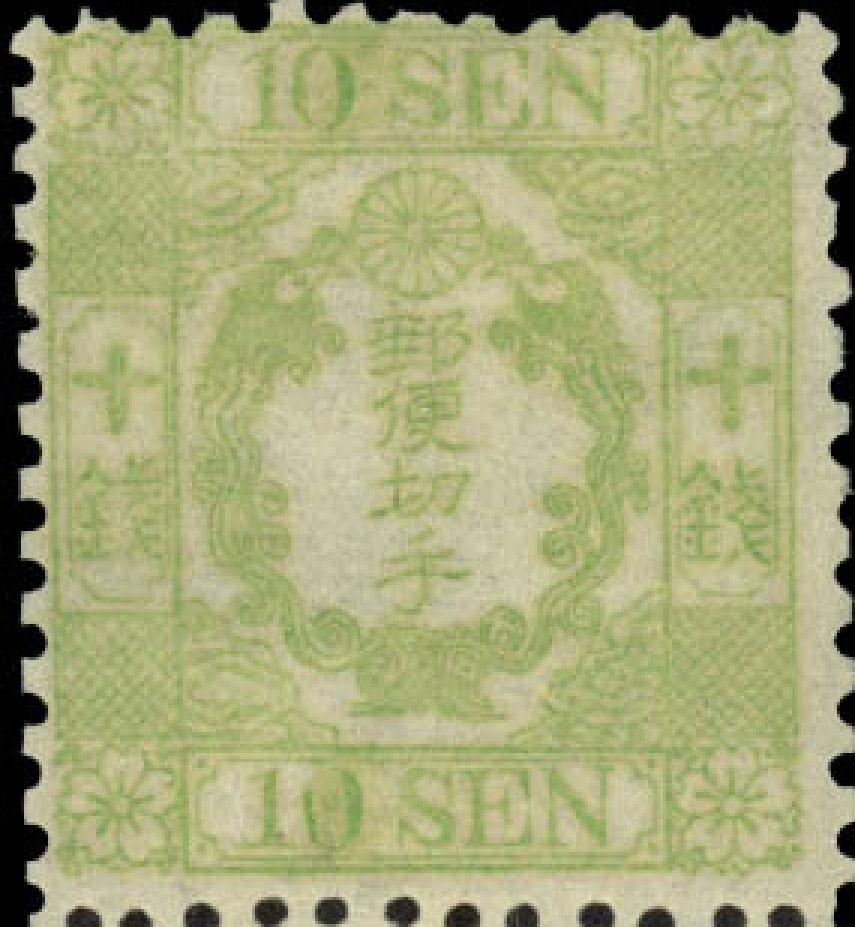 Government printing showing blur worn away and possible retouch of the “0” of bottom “10” .

These characteristics are typical of most of the forgeries.   For many years it was said that there were no forgeries of syllabic

(ha).  It is now known that there is at least one forgery of each  syllabic.  Most of the forgeries bear syllabic

A:  Genuine:  The heavy center line of each dragon touches the dragon’s mane.   Forgeries:  In forgeries, this center line usually stops short of the mane. 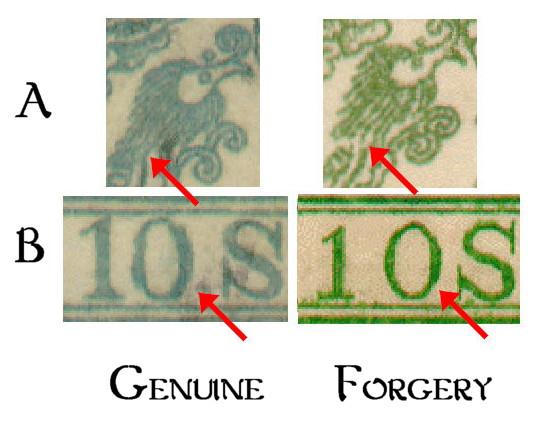 There are only two stamp types of the 10 sen green without syllabic that are known with sankō.  One is the Hirose type 1 known with the “red sankō” overprint.  The other is by the unknown forger who very successfully hid his sankō under a heavy cancel.  Both will be shown below with a genuine stamp. 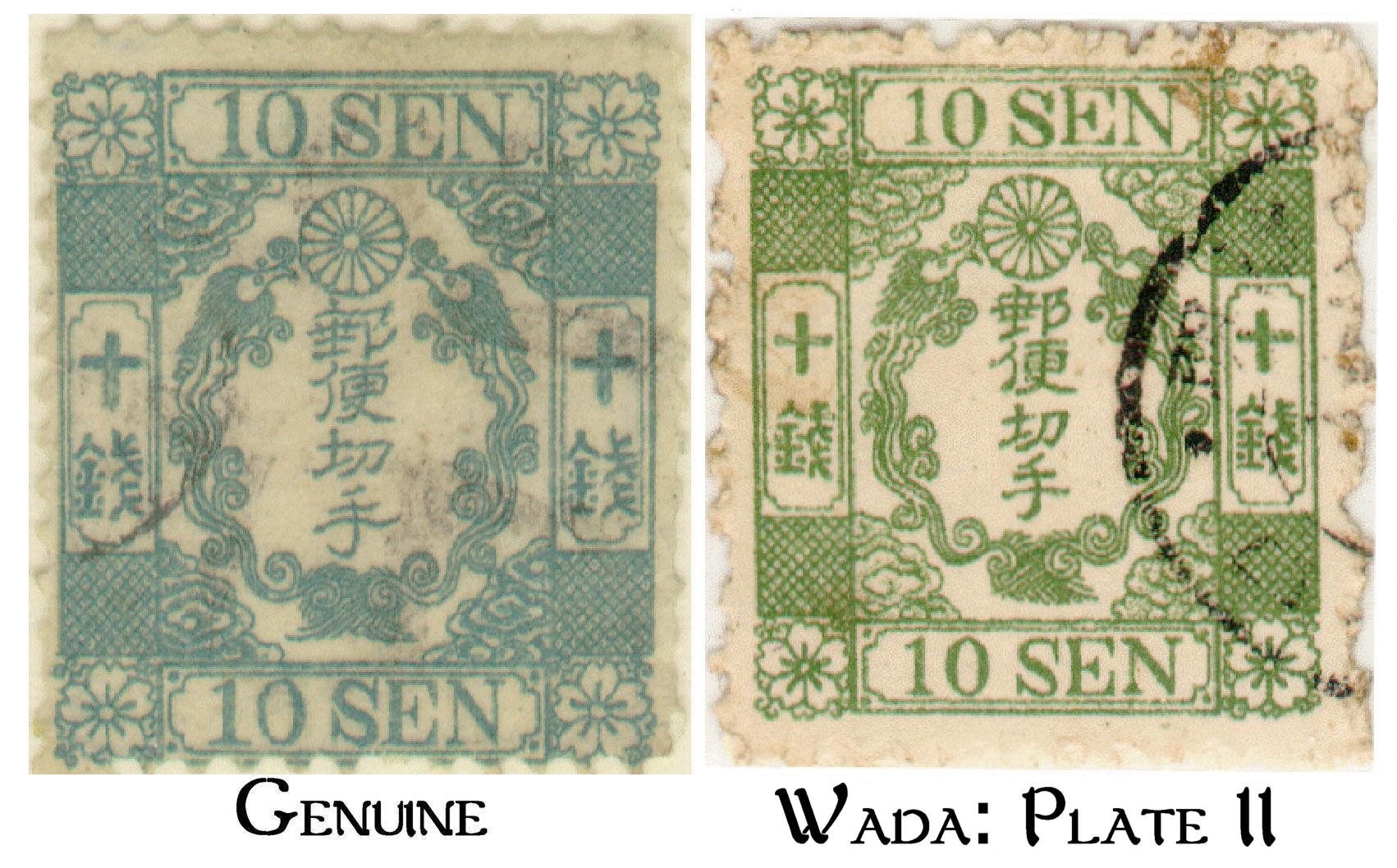 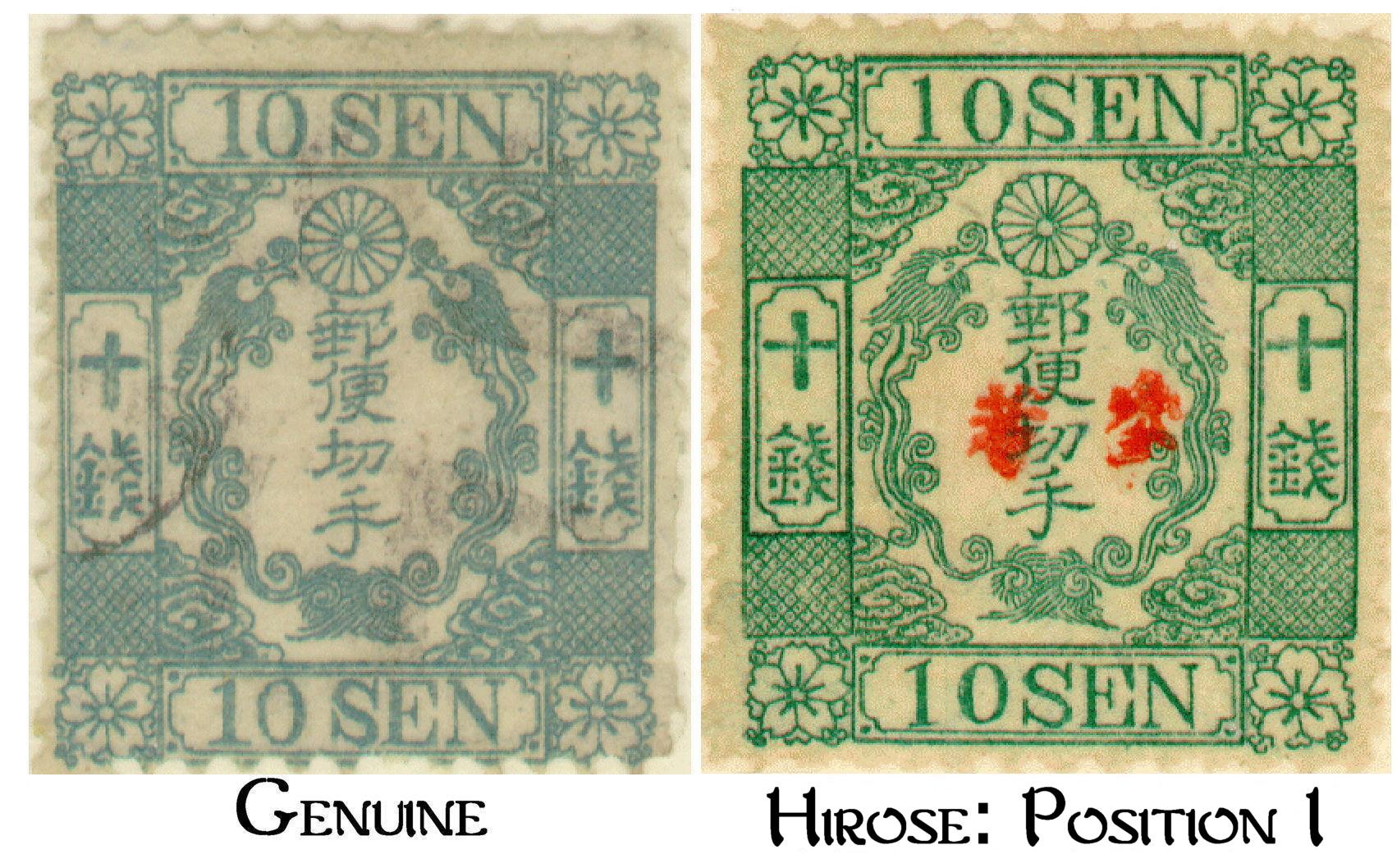 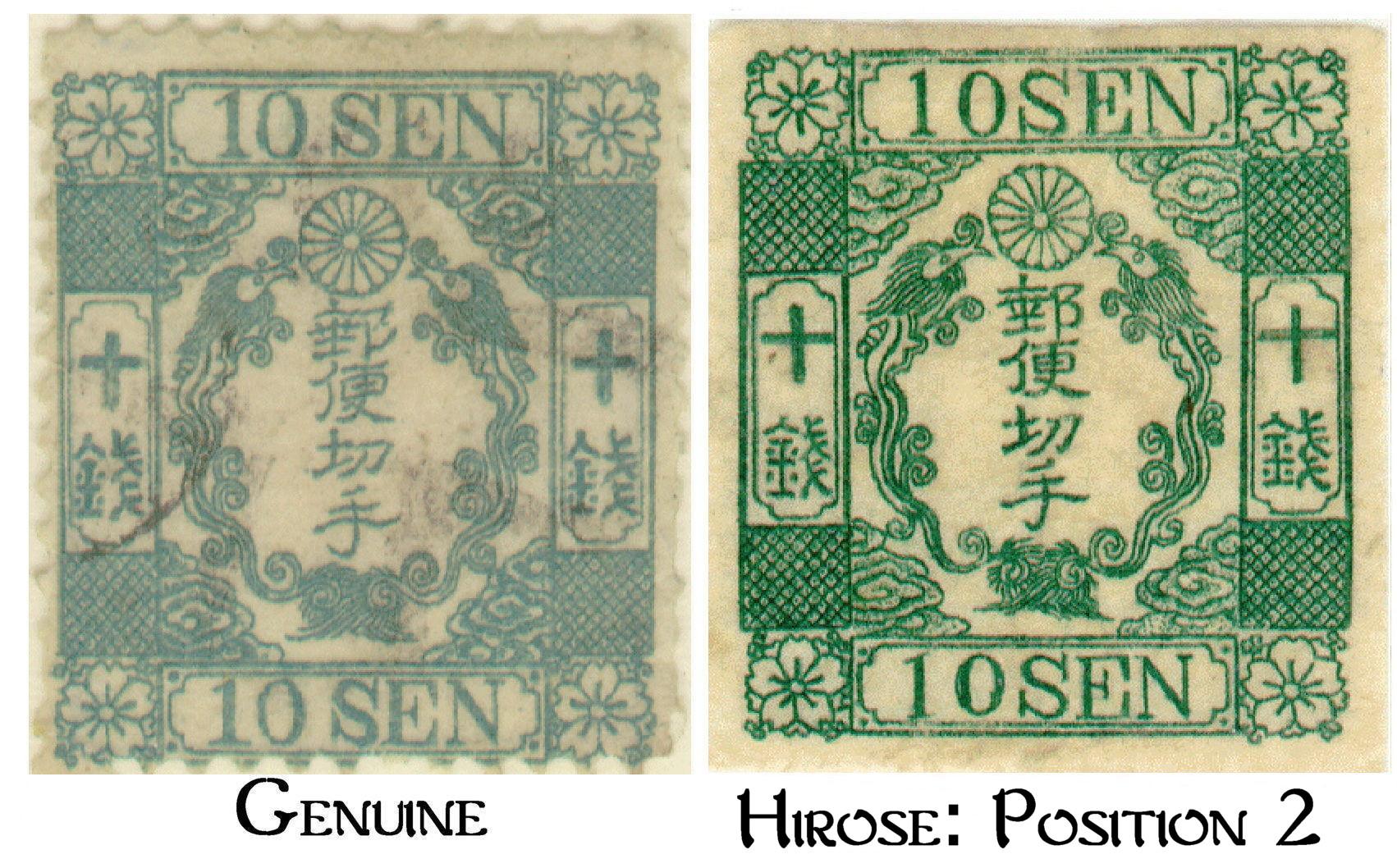 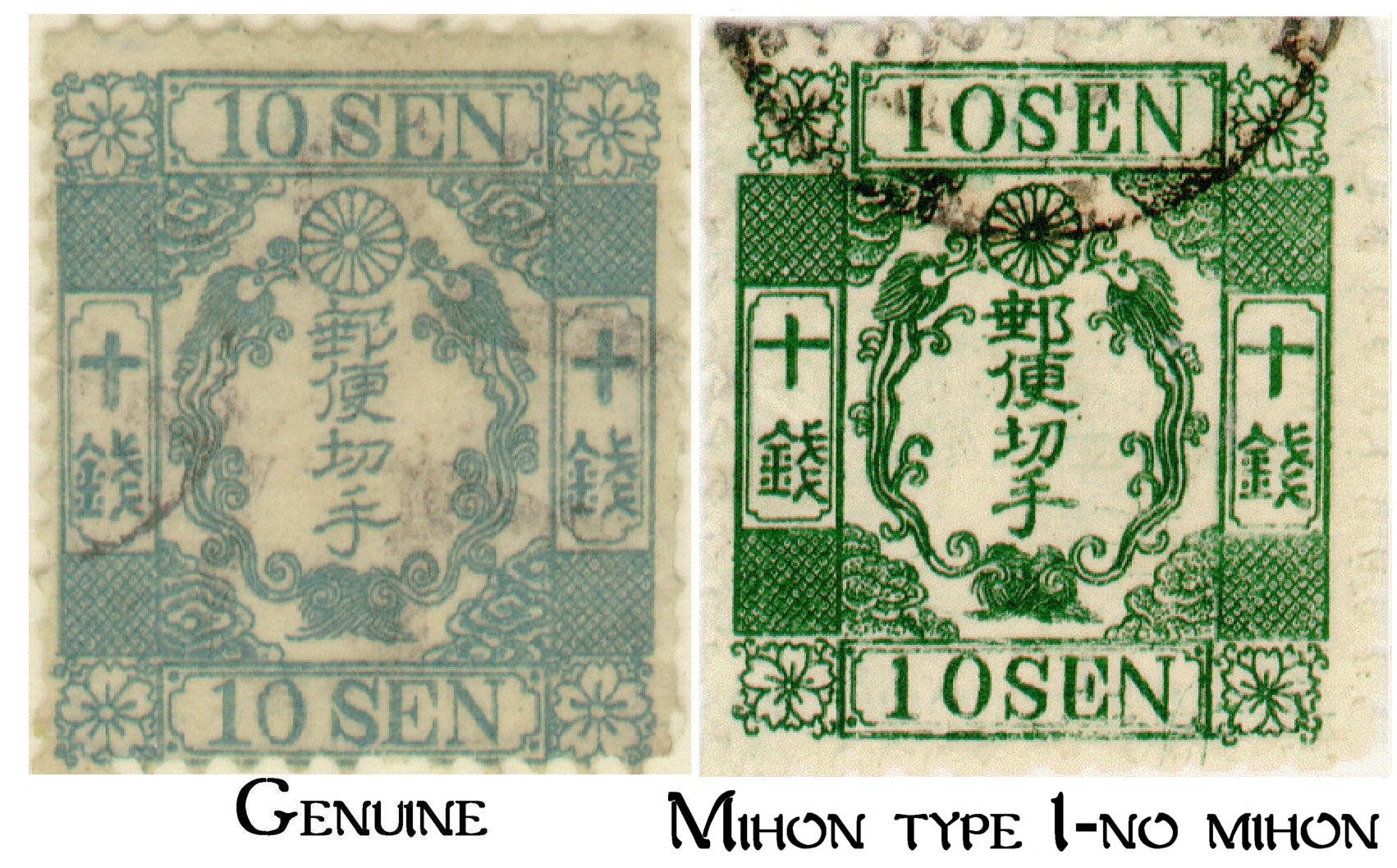 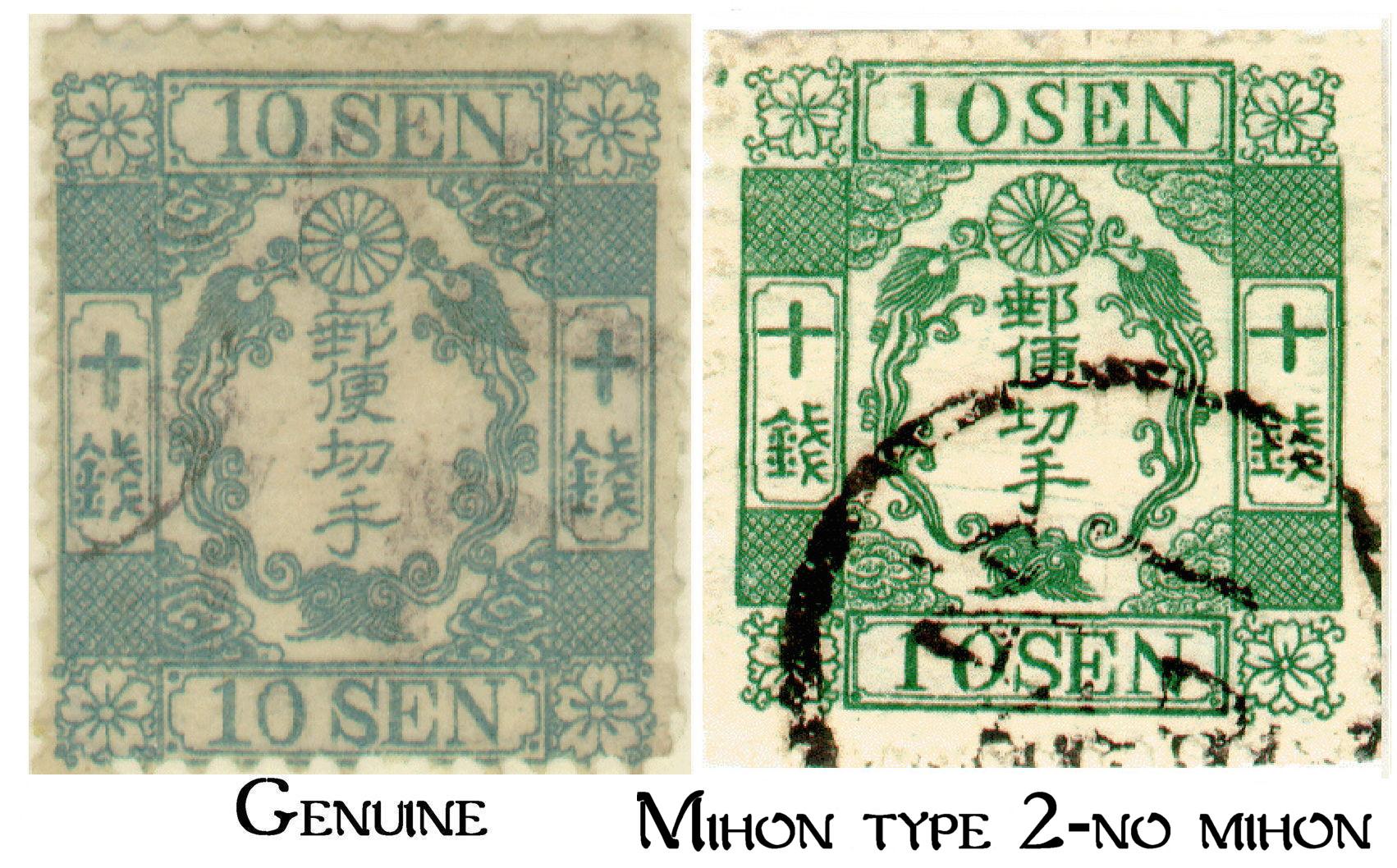 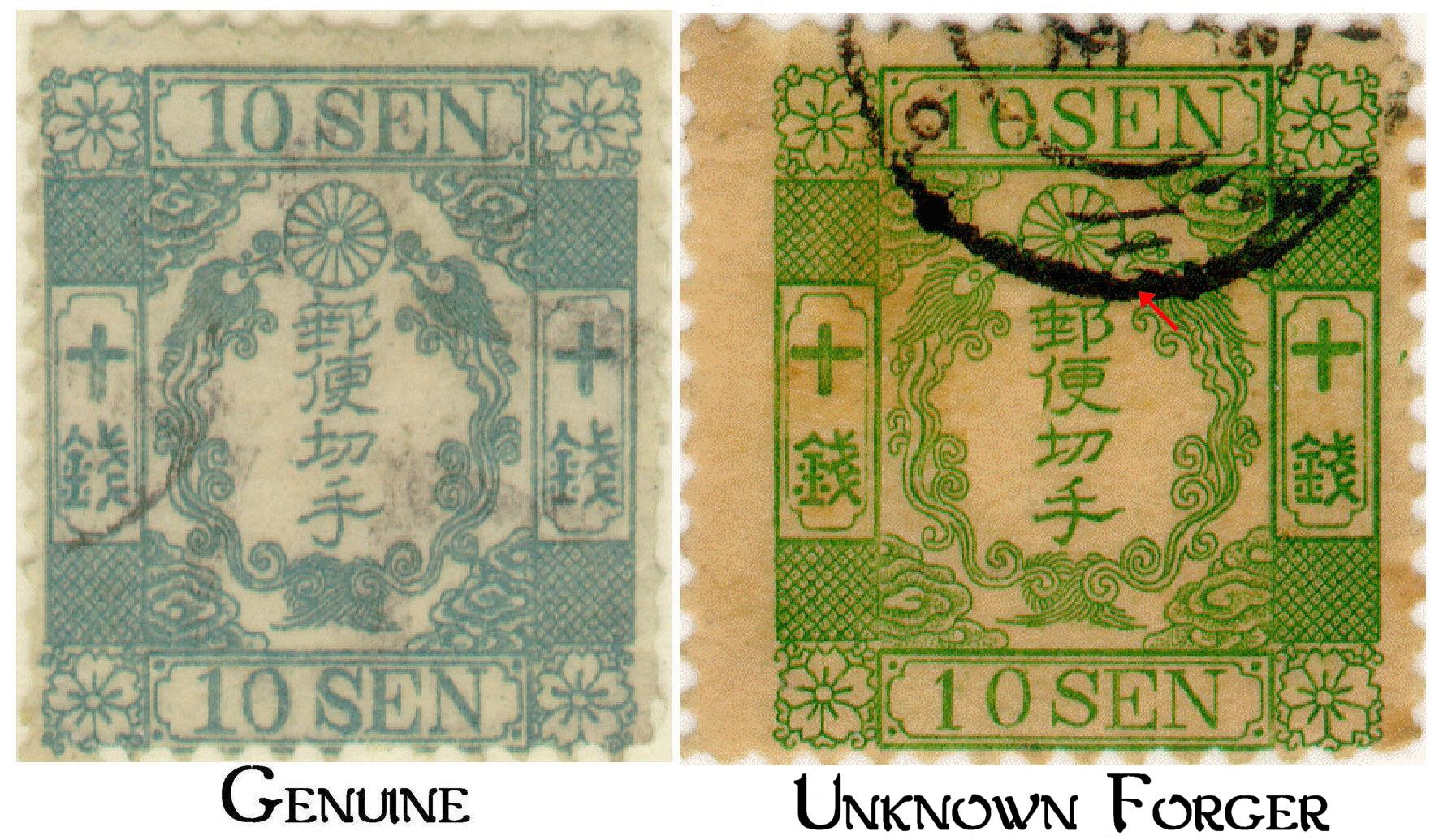 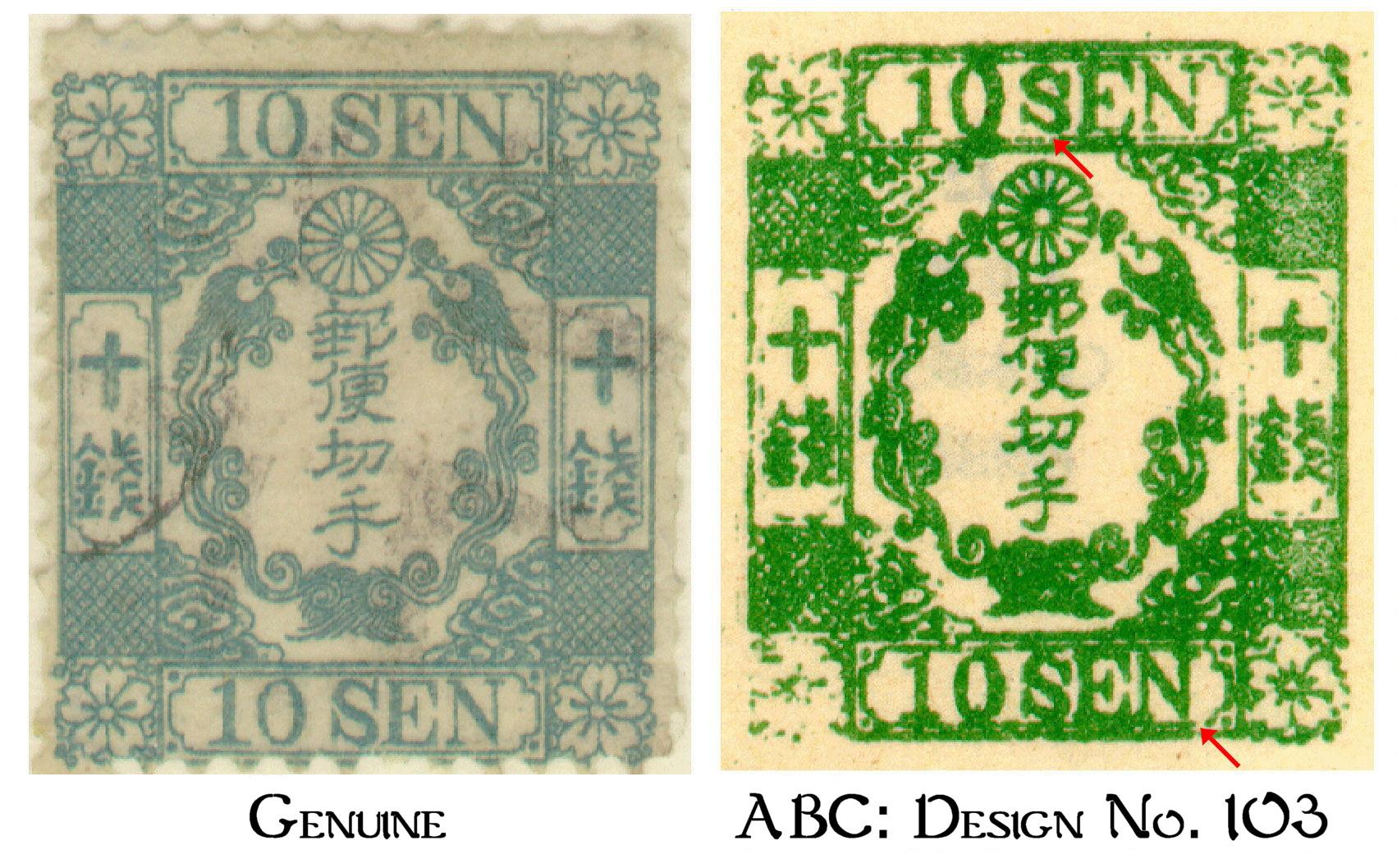 Characteristics of Design 100-A: 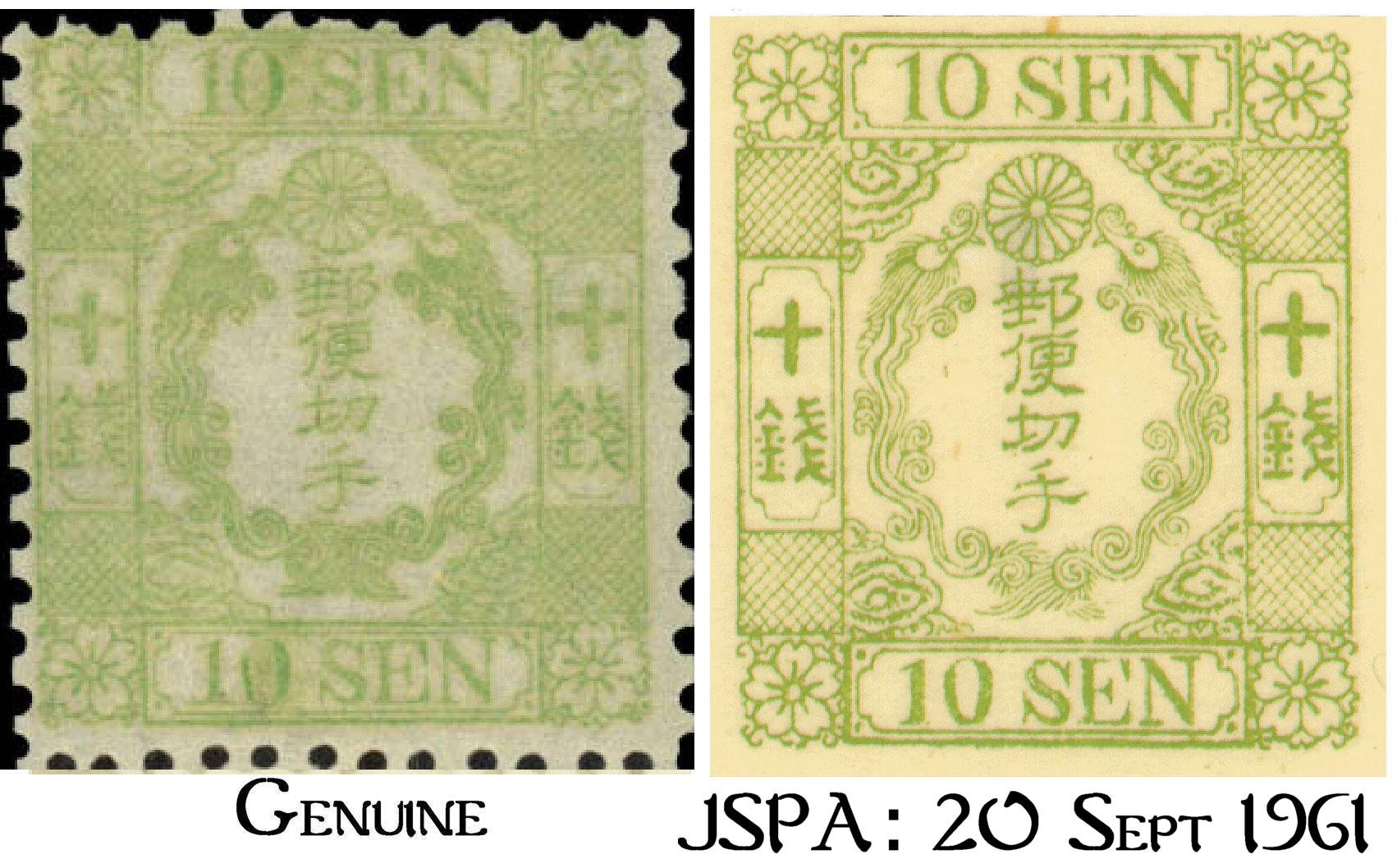 This stamp reproduces the genuine issue of 3 October 1872 on laid paper.  The reproduction is imperforate on cream-colored vertical laid paper. 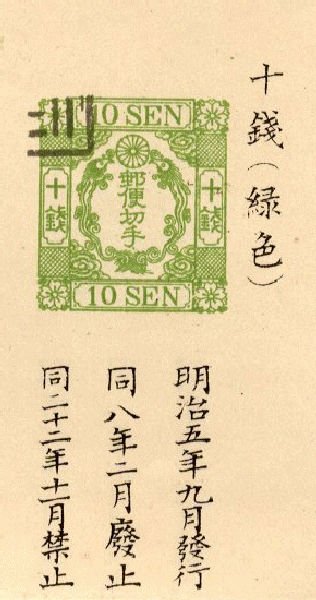 This stamp in found in Sheet 1 included with the 1908 issue of the Communications Law Monthly Report.  Type 1 Cancel.