The Government engraved the 4 known plates of syllabic

chi (8), and it can be assumed that they also engraved one syllabic

are on a soft porous paper.

is a great rarity.   The second copy was discovered and sold on eBay on 11 October 2009.  It seems clear that the owner who sold the stamp on eBay had no idea of what he had.  His reserve price was only $9.00.  But more than one knowledgeable bidder found the stamp and the final selling price was $50,100.  No unused copies of this stamp have been found. The 20 sen stamp was used for foreign mail.  Look at your used copies of this stamp carefully, it might be a small gold mine and not a forgery.  I’m not sure when Scott first listed this syllabic, but my 2001 edition of the Scott Catalog only lists syllabic 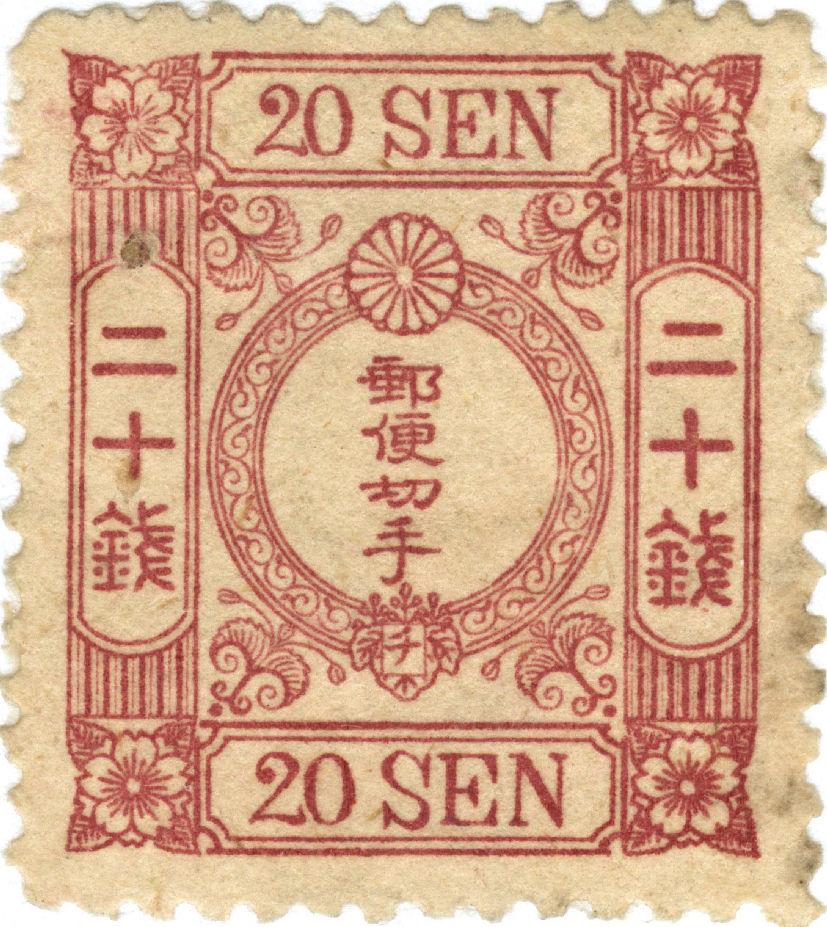 I believe that this “unused” copy once had a black dot (sumi-ten) and it was cleaned.  Notice the dull color. 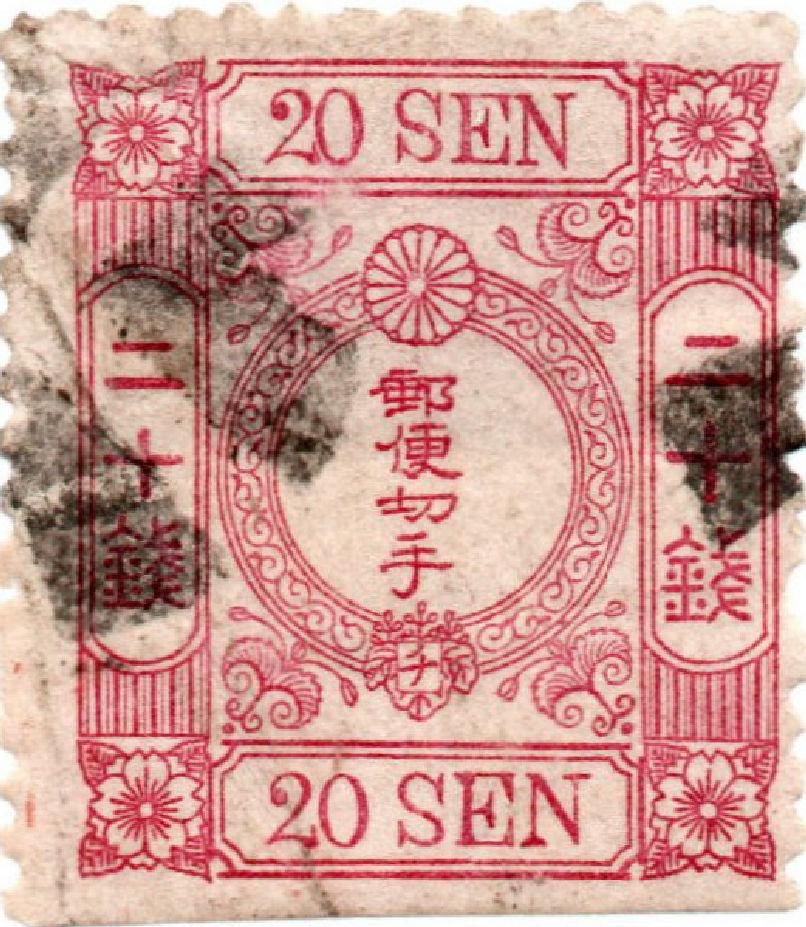 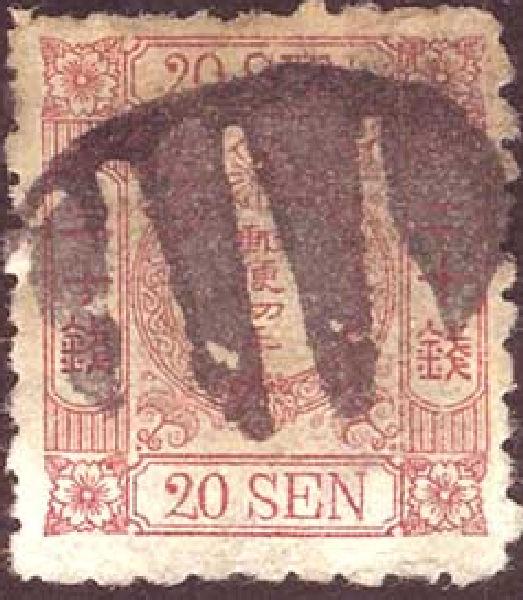 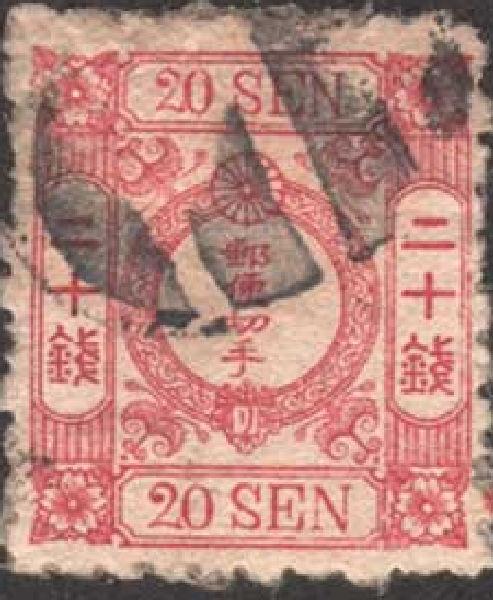 and the newly discovered (1991) syllabic

. There are seven thick vertical lines in the SE section and only six lines in all three of the other like sections.

BEWARE:  Some forgeries have the same secret mark. 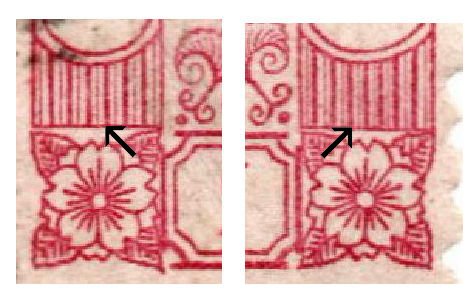 A:  Genuine:  The horizontal line at the base of the “2” ends with a pointed almost vertical line.  Forgeries:   In some forgeries this vertical line doesn’t exist, and in others it is shorter and less pronounced.

D:  Genuine:  The leaves of the corner cherry blossoms always touch the adjoining frame.    Forgeries:   In most forgeries, some of the cherry blossoms have space between the leaves and the frames. 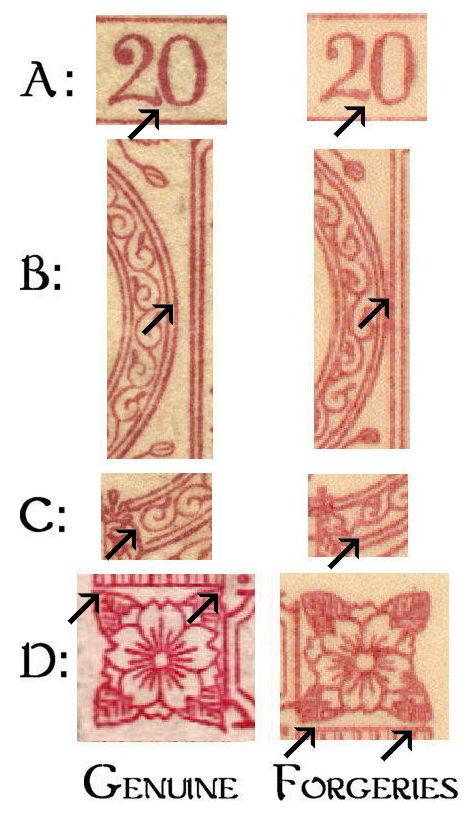 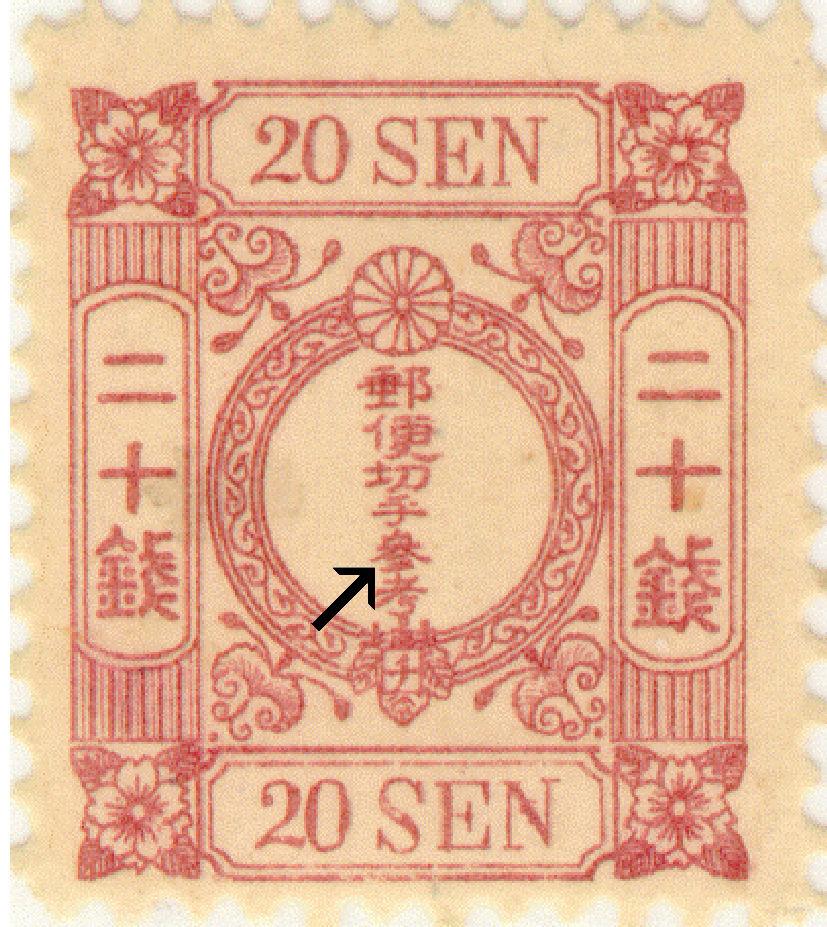 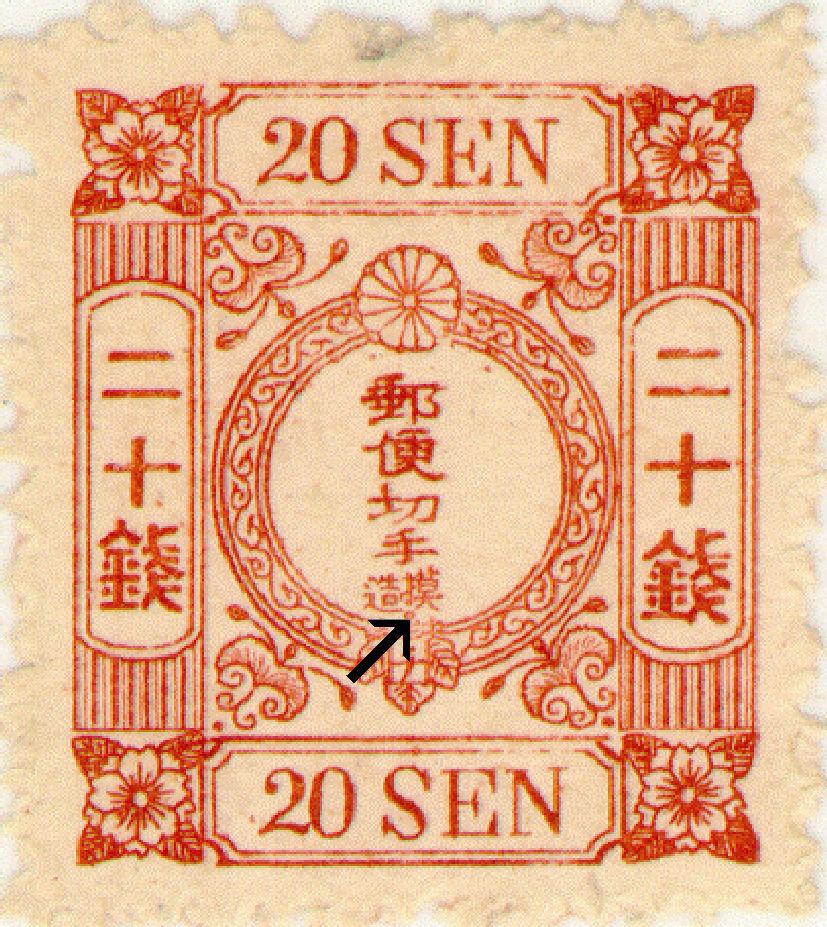 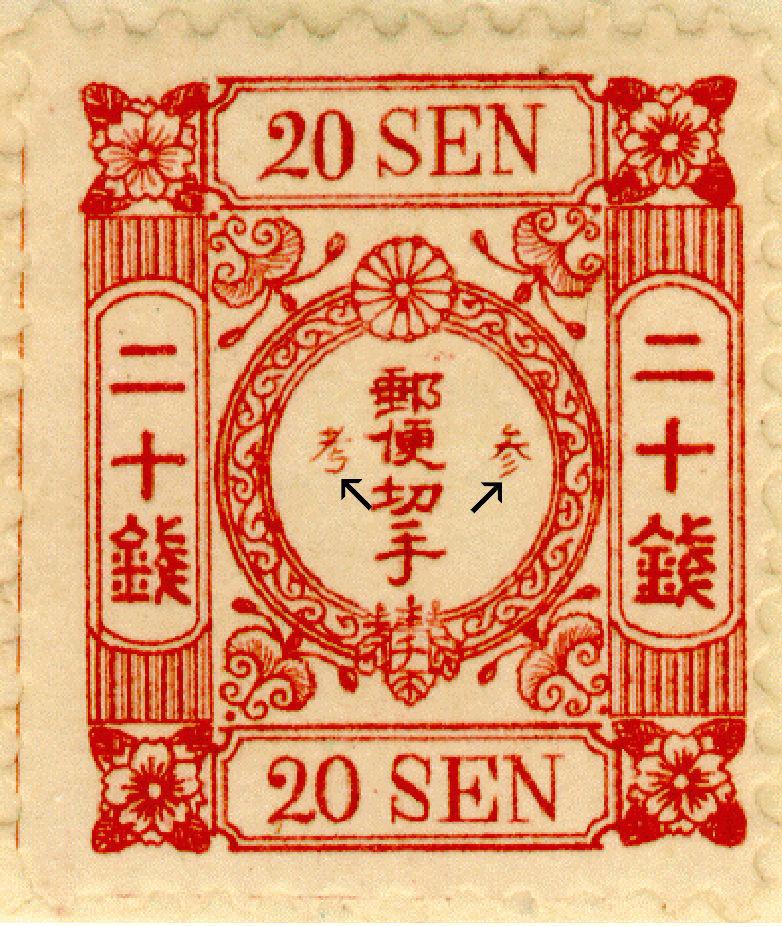 Sankō horizontal on either side of central inscription. 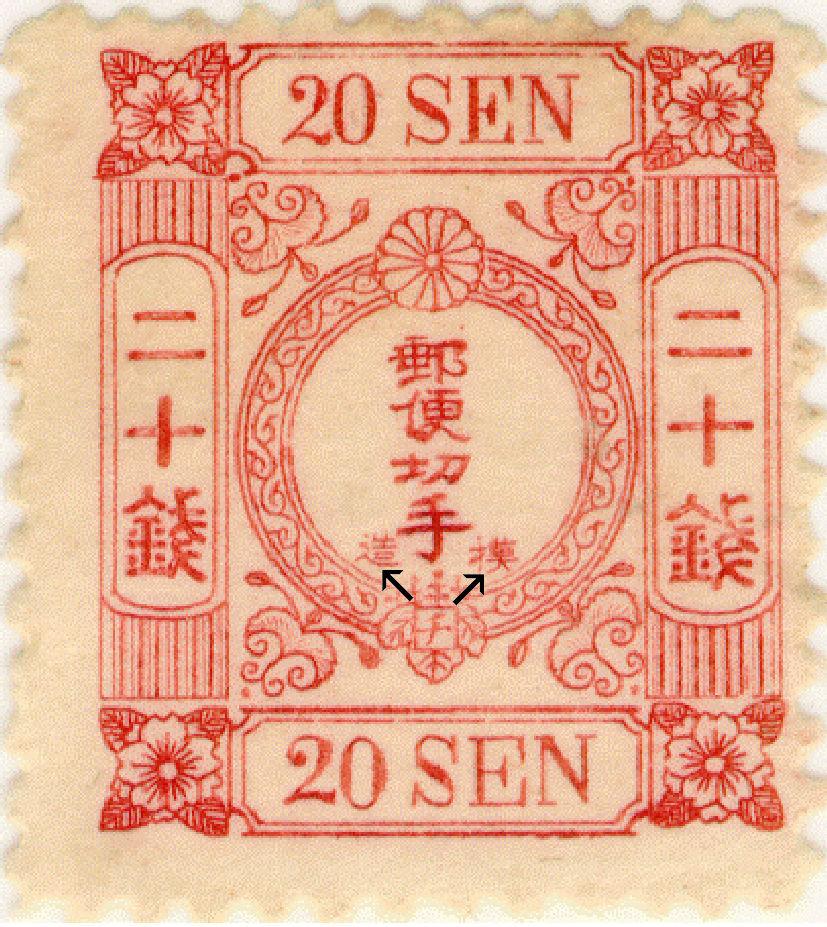 Mōzo horizontal on either side of bottom central character.

It is believed that all “signed” types of these stamps exist without the mihon characters. 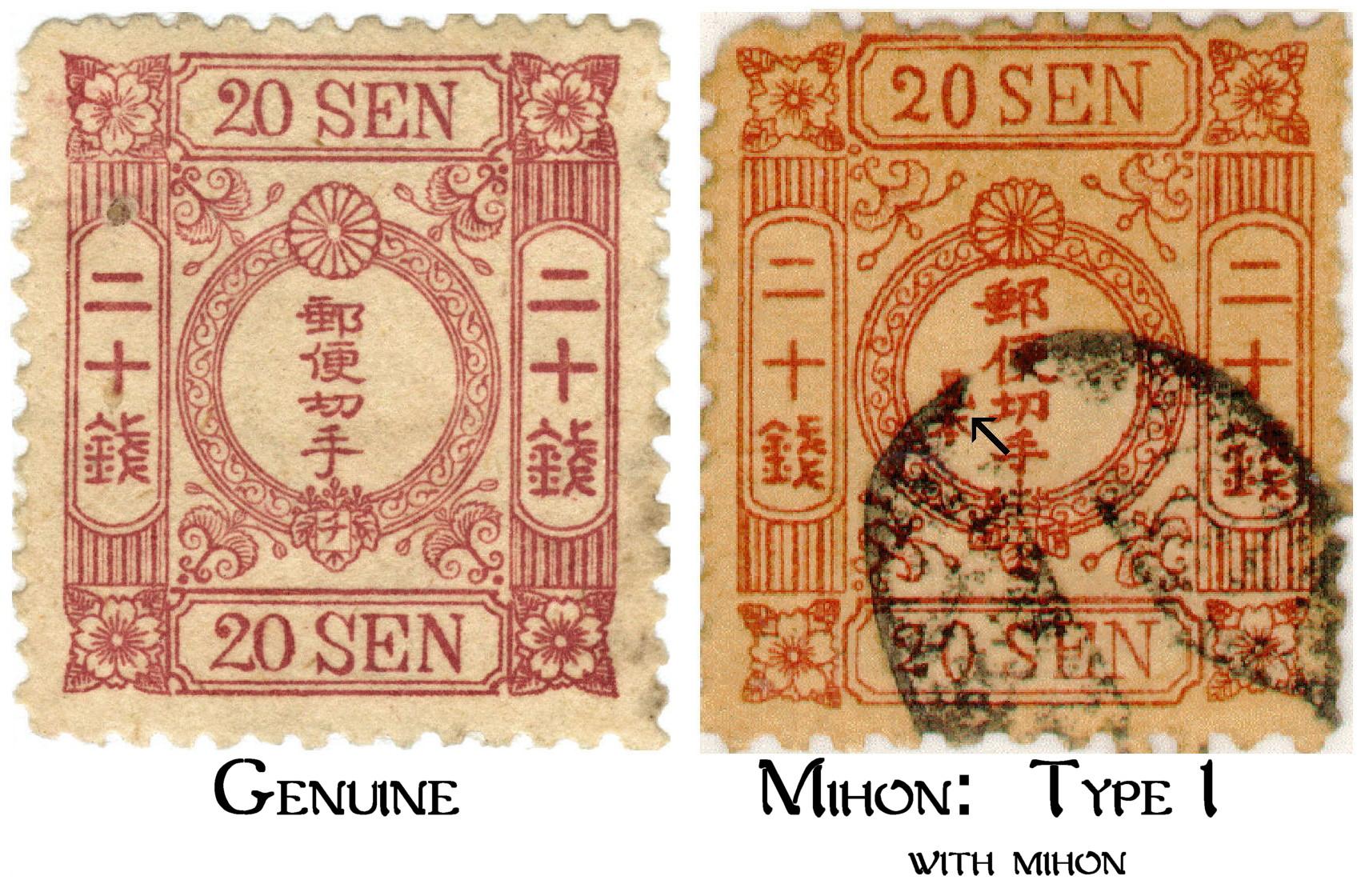 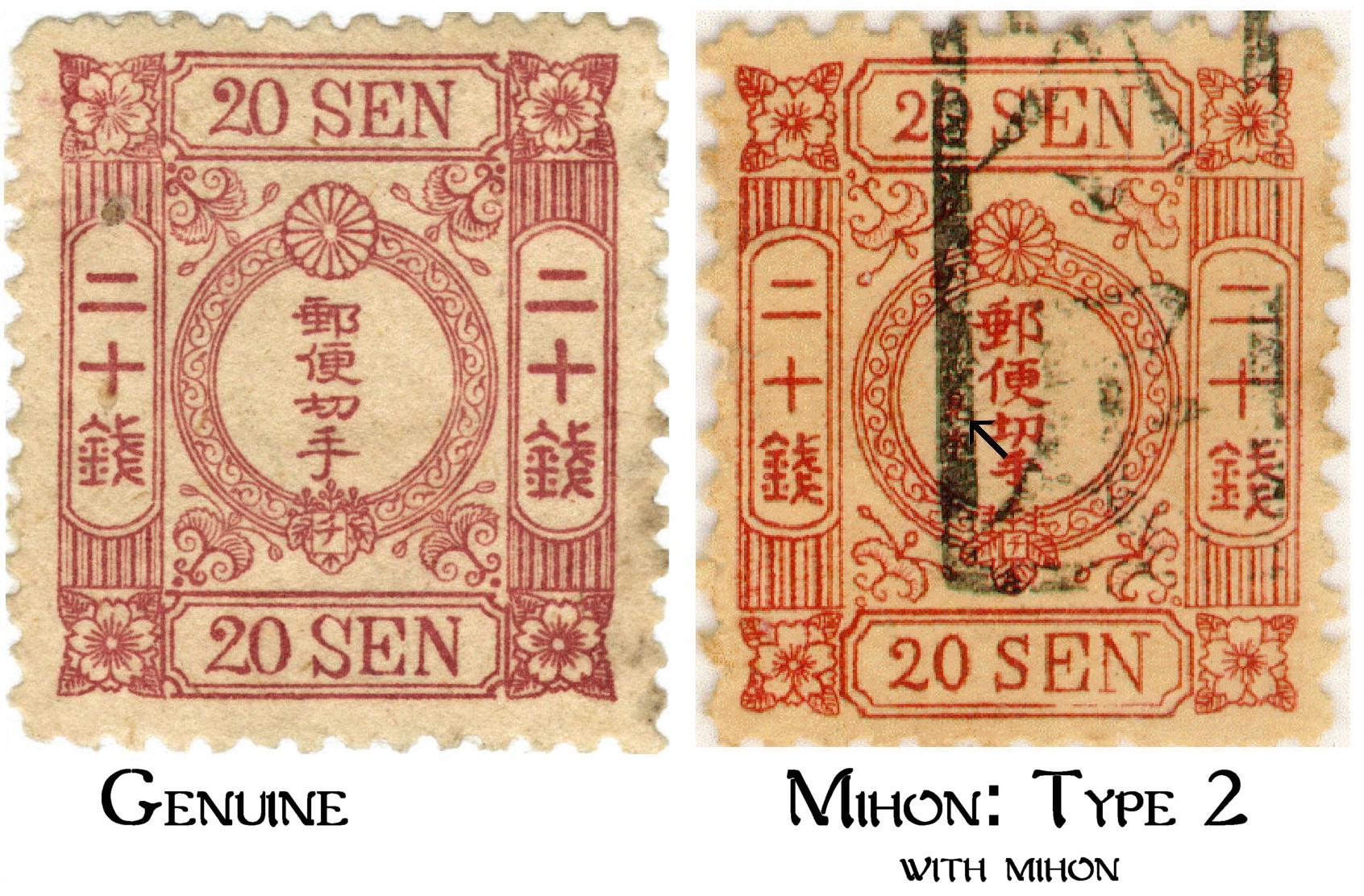 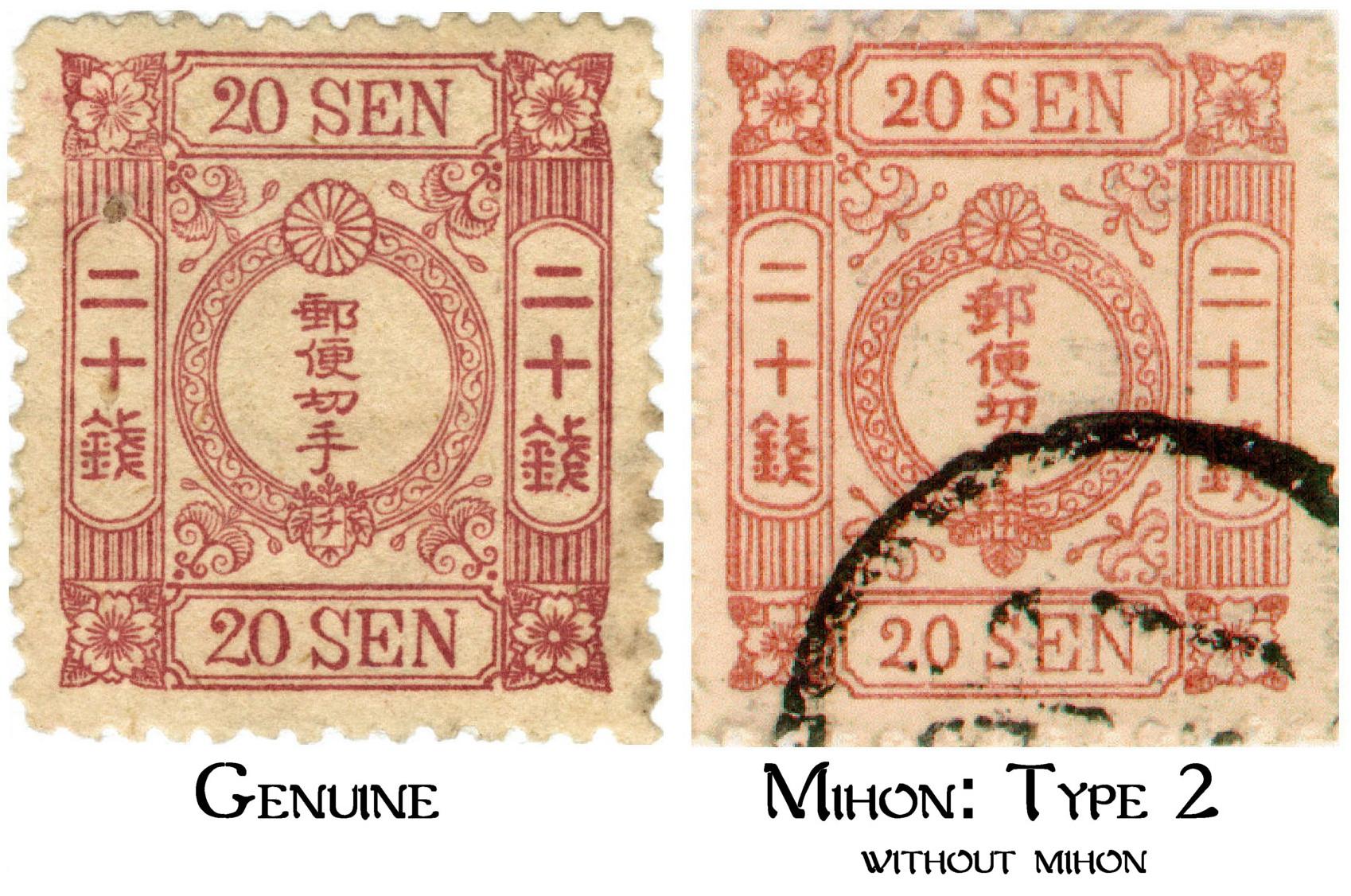 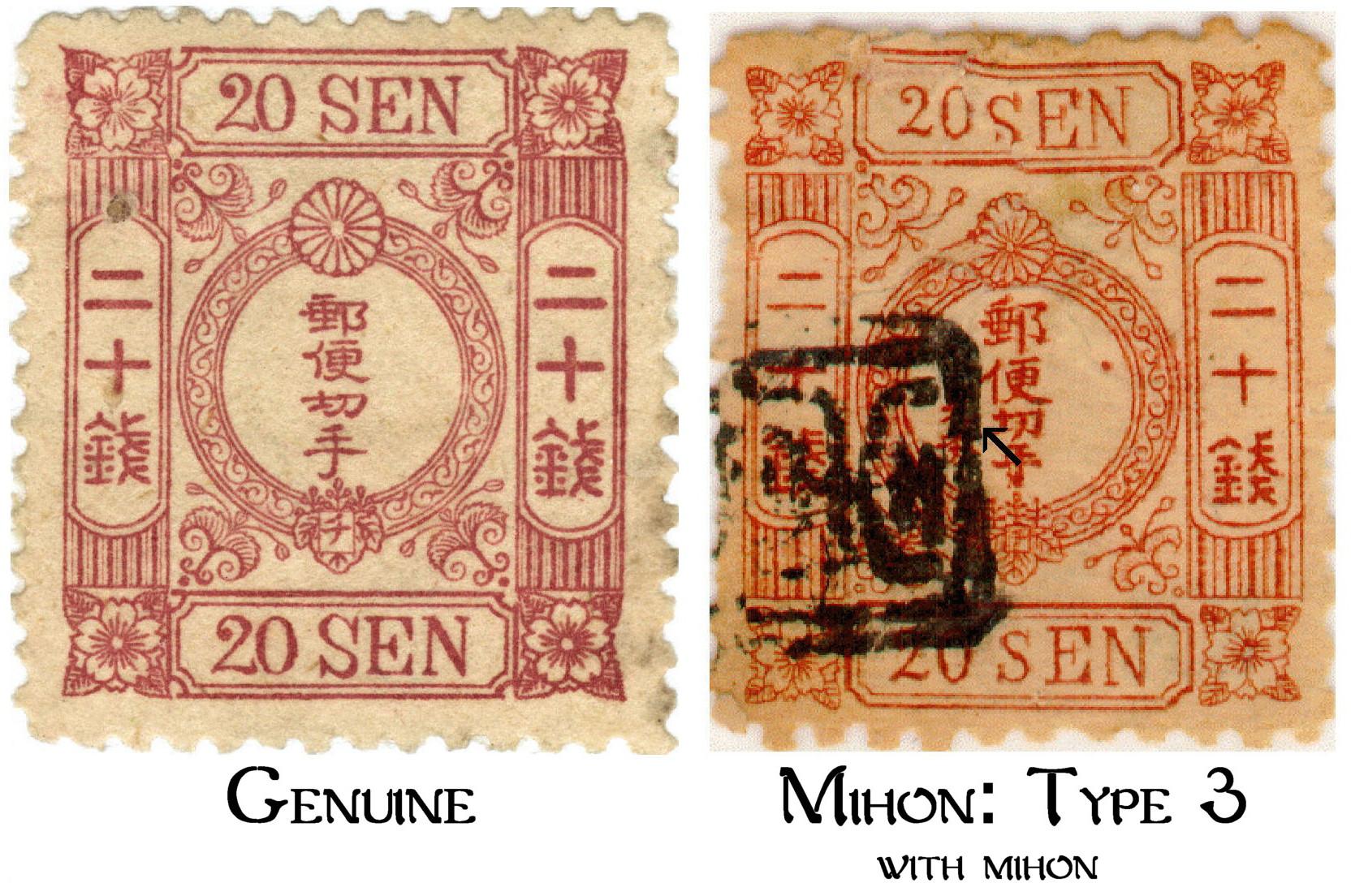 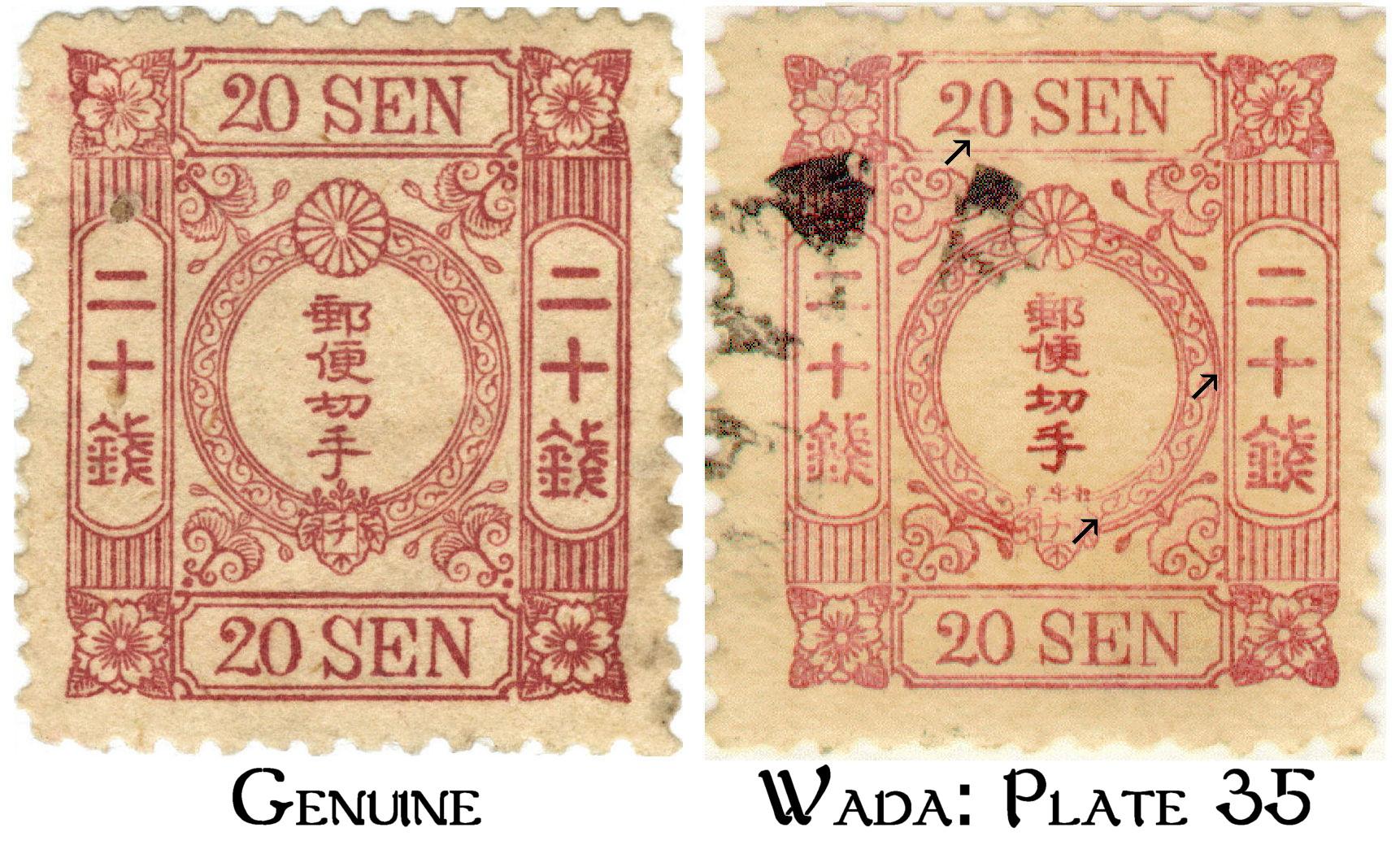 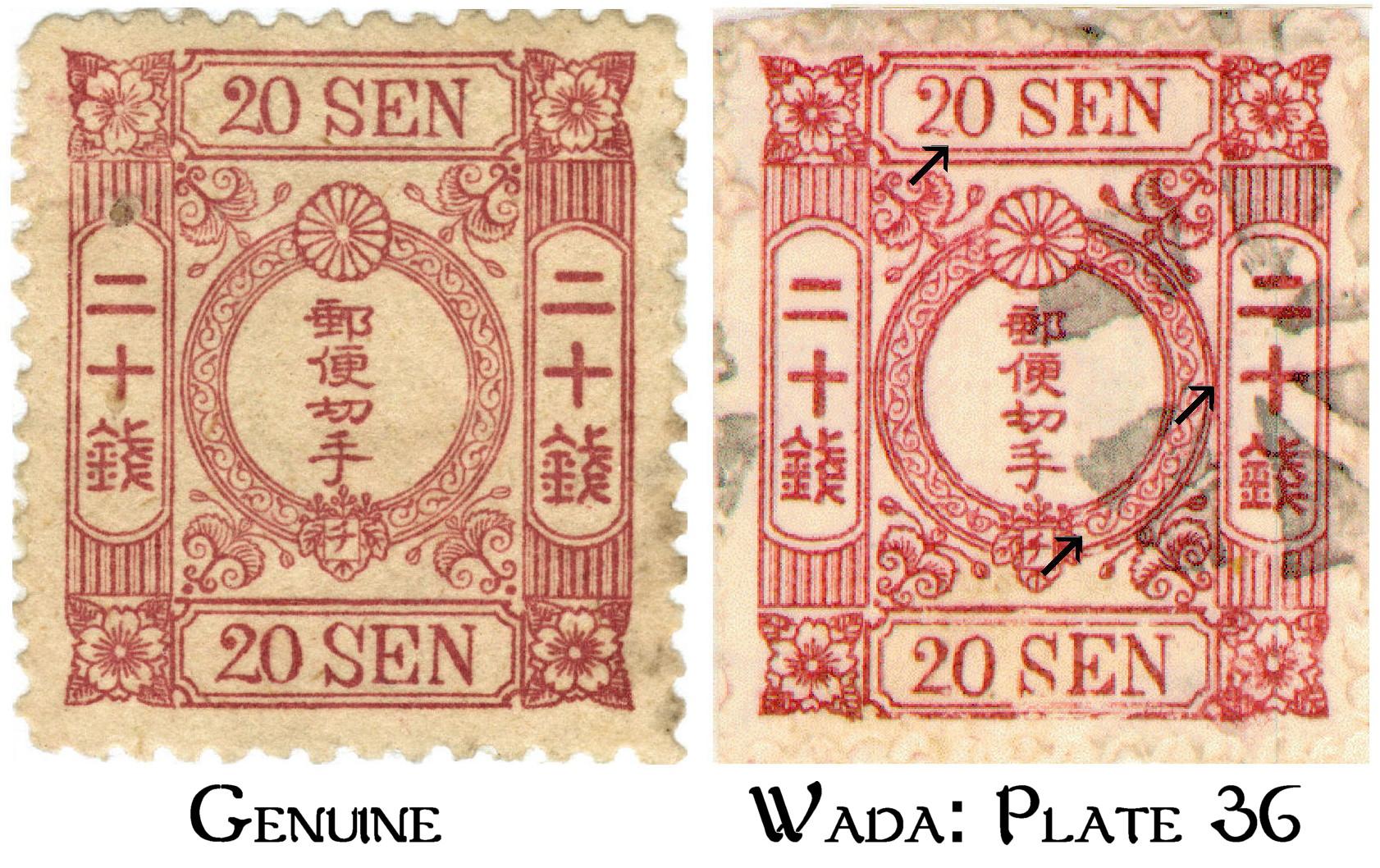 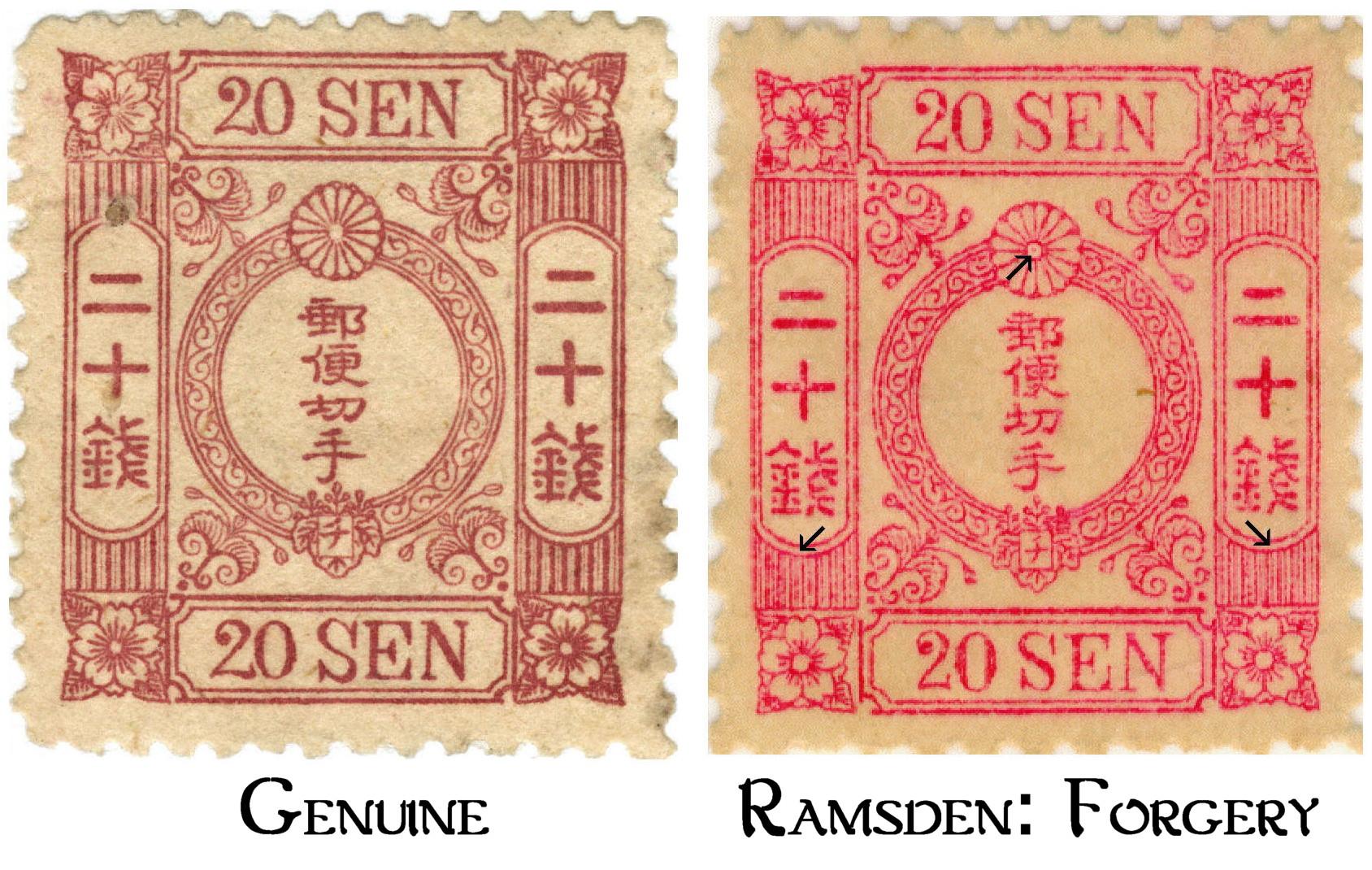 Notice the dot in the center of the Chrysanthemum Crest. 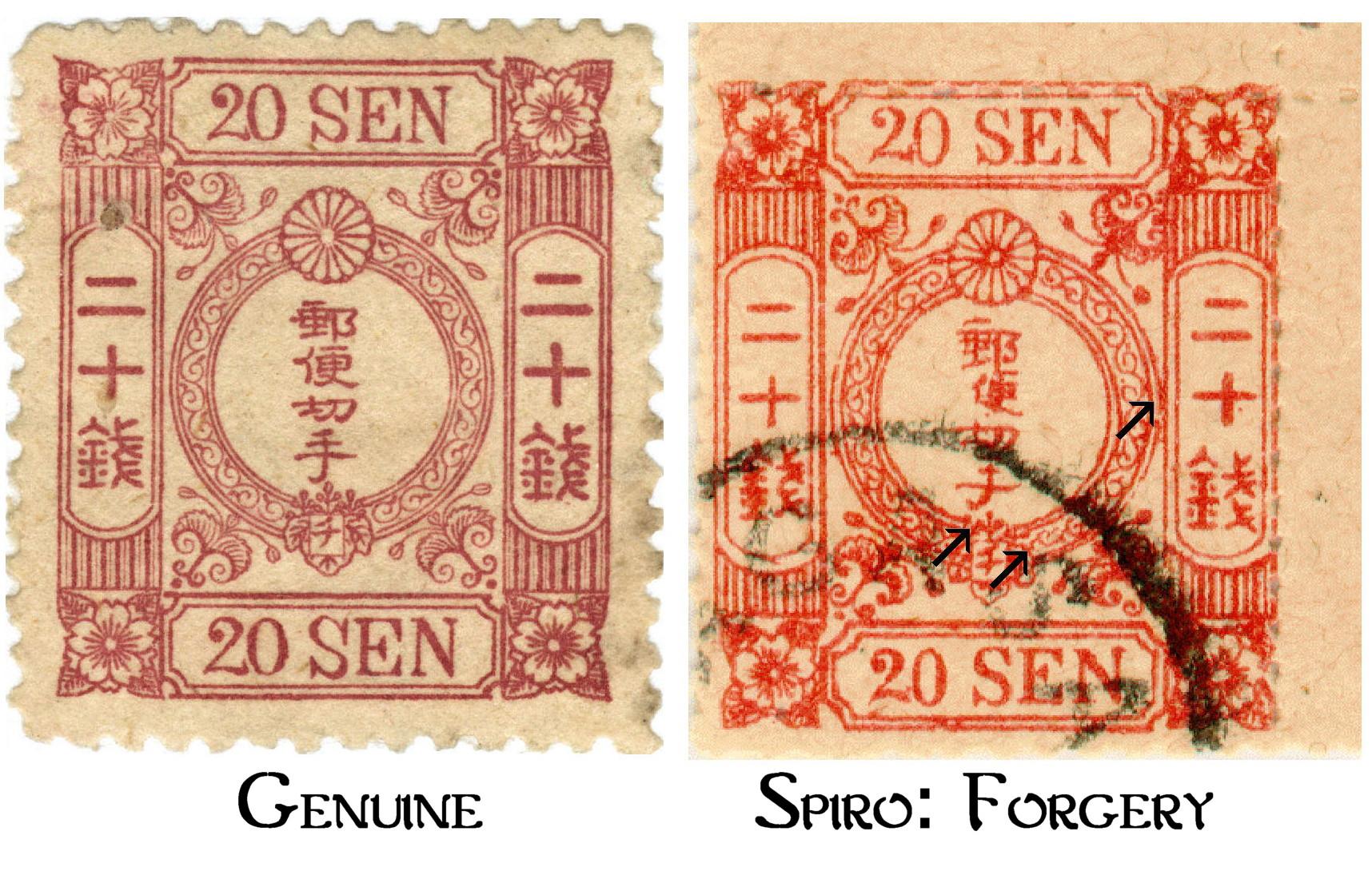 Only one flower branch instead of three. 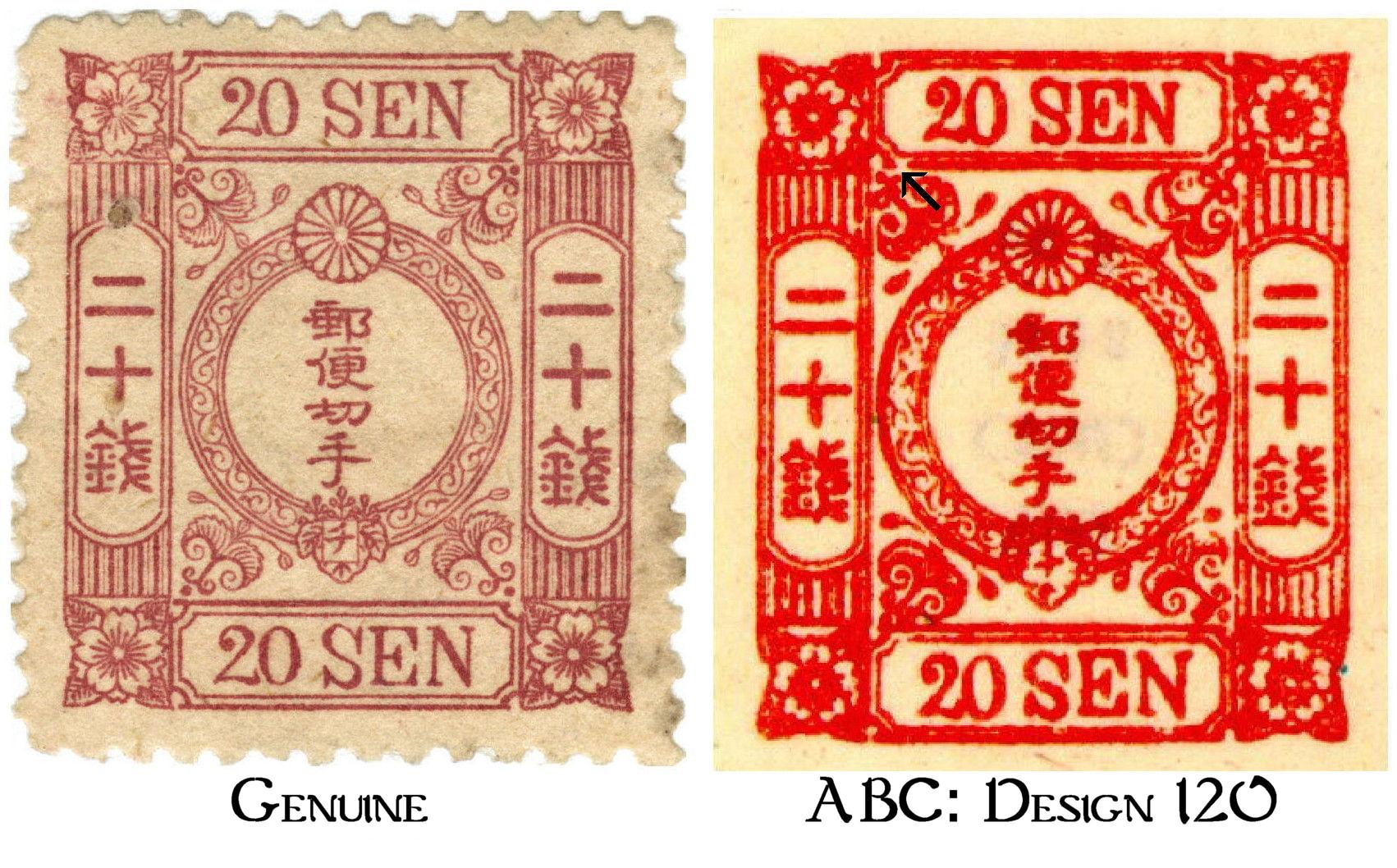 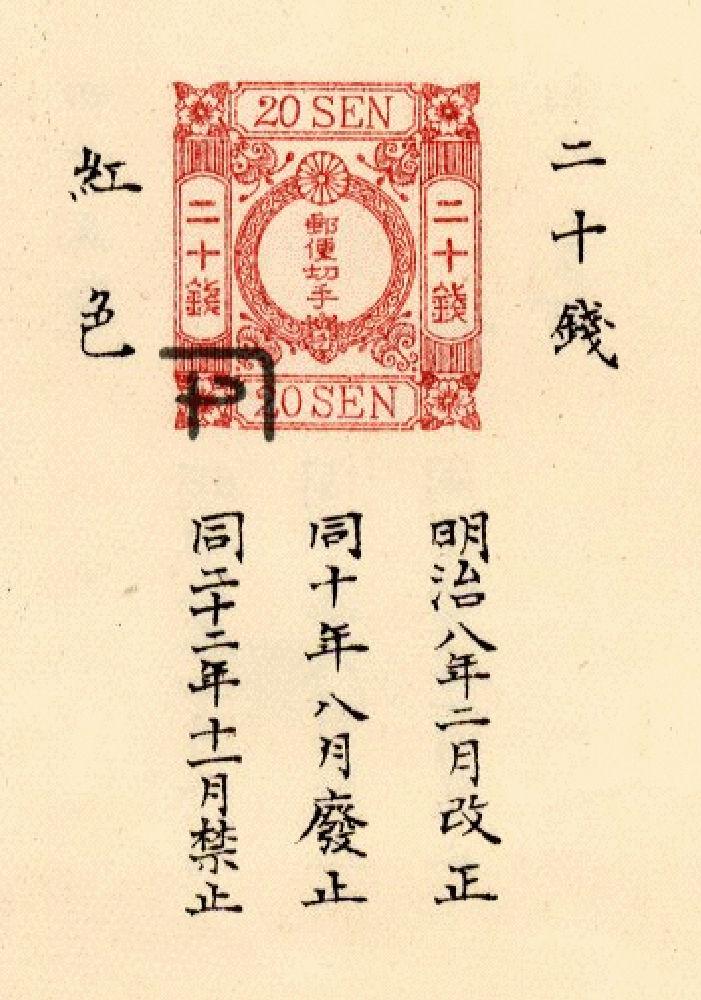 (chi-8) is found in sheet 2 included with the 1912 issue of the Communications Law Monthly Report.  It has the type 2 cancel. 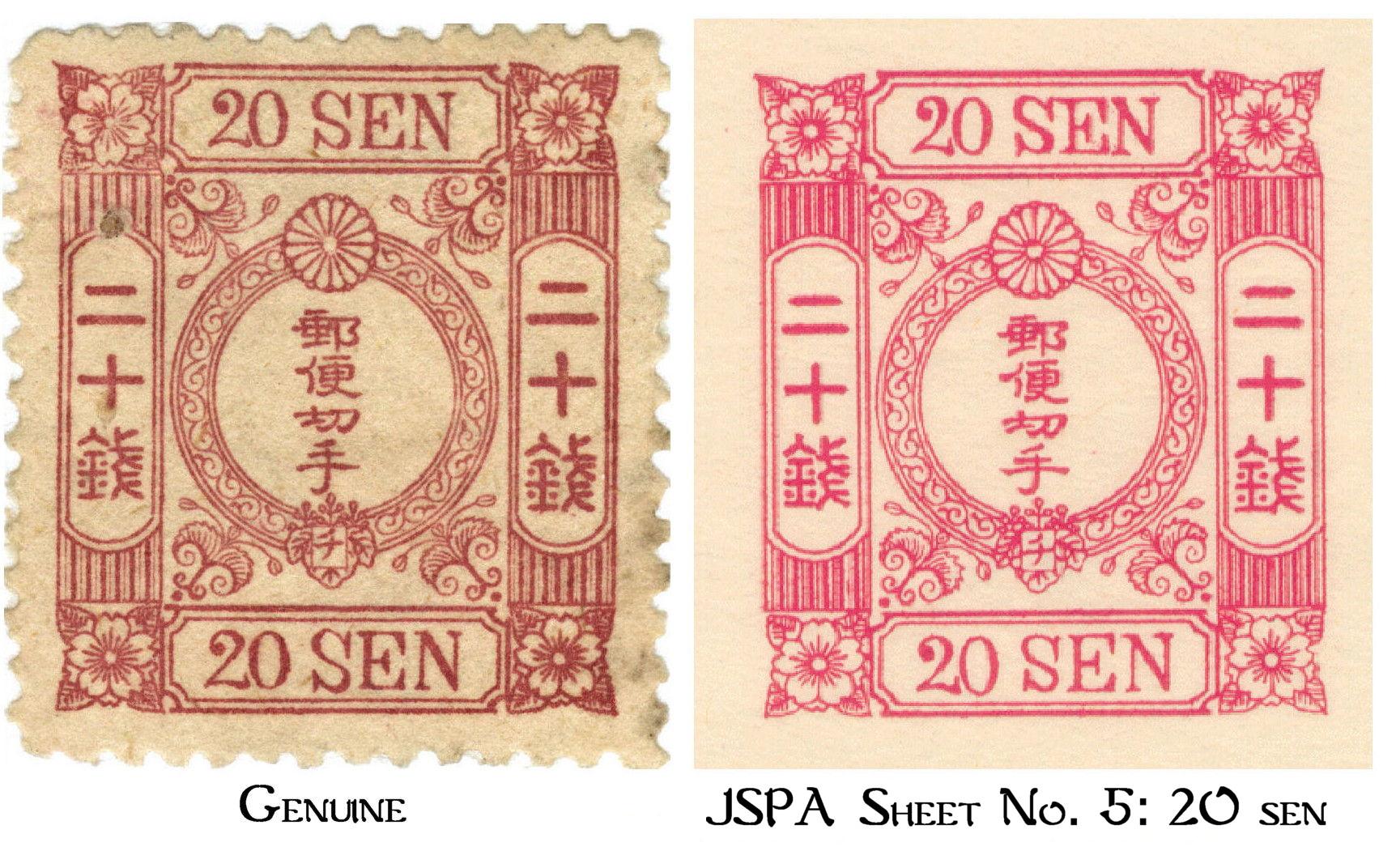 This stamp reproduces the genuine issue of 4 February 1875 on wove paper with syllabic チ (chi-8).  The sheet is on wove paper.   For more information click here.