From 20 April 1961 – 10 February of 1963, the philatelic agency of Japan issued a series of 10 souvenir-sheets reproducing Japan’s 1871-1876 etched stamps. The reproductions are of excellent quality, superior to the originals. The ten sheets are about 91 by 123 mm in size and on cream or ivory-colored paper. They were issued by Japan Postage Stamp Publicity Association and authorized by the Ministry of Postal Services. They bear the inscription of the “Ministry of Postal Services” on the sheets under the stamps.

Each sheet comes in a folder which says that the sheets commemorate the 90th anniversary of posts, that they reproduce early Japanese postage stamps and that they are issued by the Japan Postage Stamp Publicity Association. Inside the folder, the printing describes the designs and colors of the stamps and repeats that they are reproductions.

These sheets exist both with and without the characters for “mokoku” (reproduction) printed on the back of each stamp. These characters when they exist are arranged vertically on sheets 2 & 3 and horizontally on sheets 4 through 10.

If these reproductions without the characters on the reverse, were cut from the original sheets and perforated, they would be insidious forgeries. Any stamp with “mokoku” or a number on the back is not an original genuine stamp. (The ABC forgeries  have numbers on the back. Click here for more information about the ABC forgeries.)

Note: If there are any values in blue below, click on them to see enlargement on forgery page. 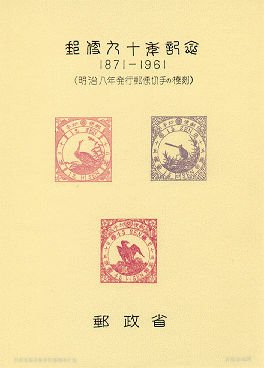 (No characters on reverse) – Wove paper: 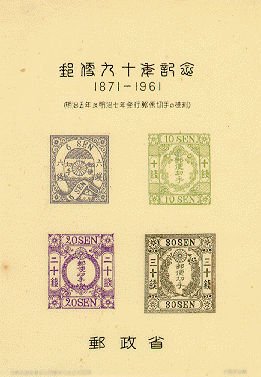 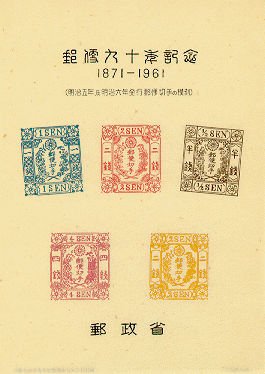 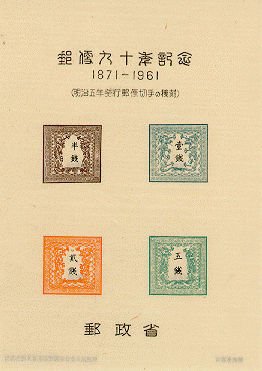 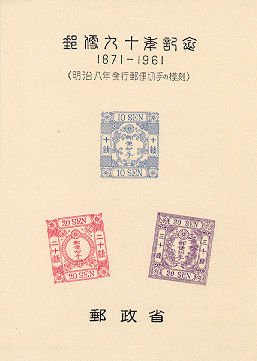 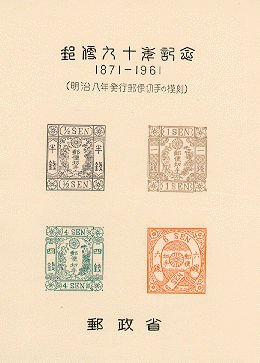 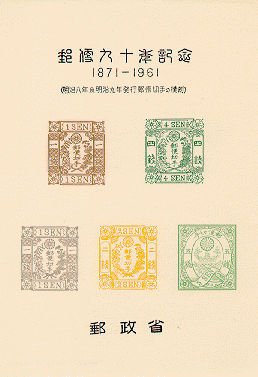 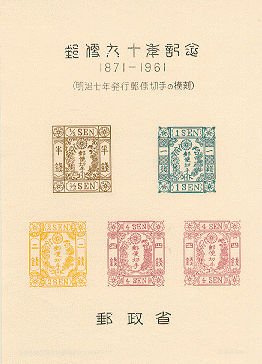 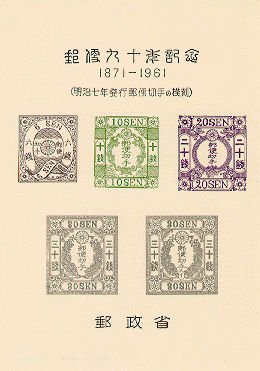 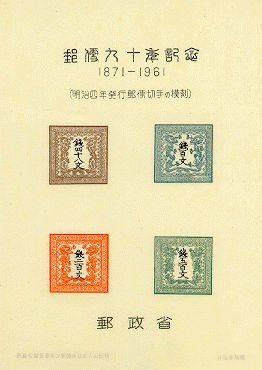