Imitations of the dragon and cherry blossom stamps were printed in the official Communications Laws & Regulations Additions and Deletions Monthly. This publication was authorized by the Home Affairs Ministry on 2 October 1902.

The known examples of these imitations include 26 stamps, 1 postal card, 2 postal envelopes, and one newspaper wrapper. All of the stamps appear imperforate and their design forms part of the printed page. The postal stationery is removable and not part of the printed page. Most of the reproductions are approximately the size of the genuine postal issues. However some of them, for example the 10 sen blue, are slightly larger than the genuine. The printing along the sides of the postal stationery items was never on the genuine stationery. The reports themselves were only, B-7 size, approximately 91 x 128 mm, and the stamp sheets had to be folded to fit this size.

Four different types of fake cancellations were used on these reproductions.  Type 1 and Type 2 are unique. There is no genuine cancel that looks like them. While the Type 3 and Type 4 cancels resemble genuine syllabic numeral markings, they too are unique in that these numbers were not used in any Japanese post office. Type 1 and Type 2 cancels differ slightly each year.  All of these reproductions bear one of these unique cancels. 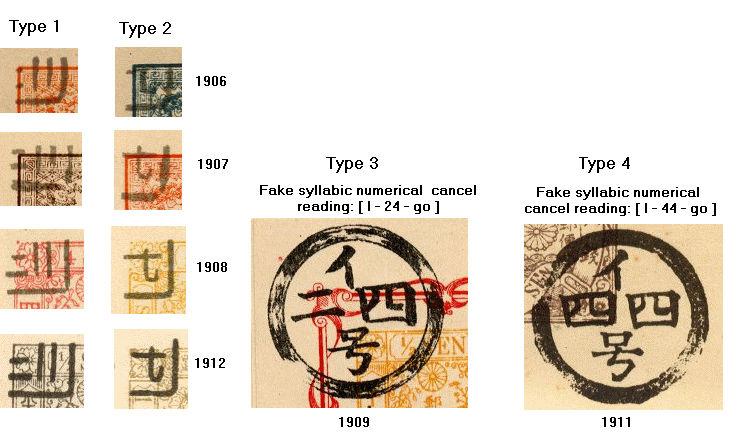 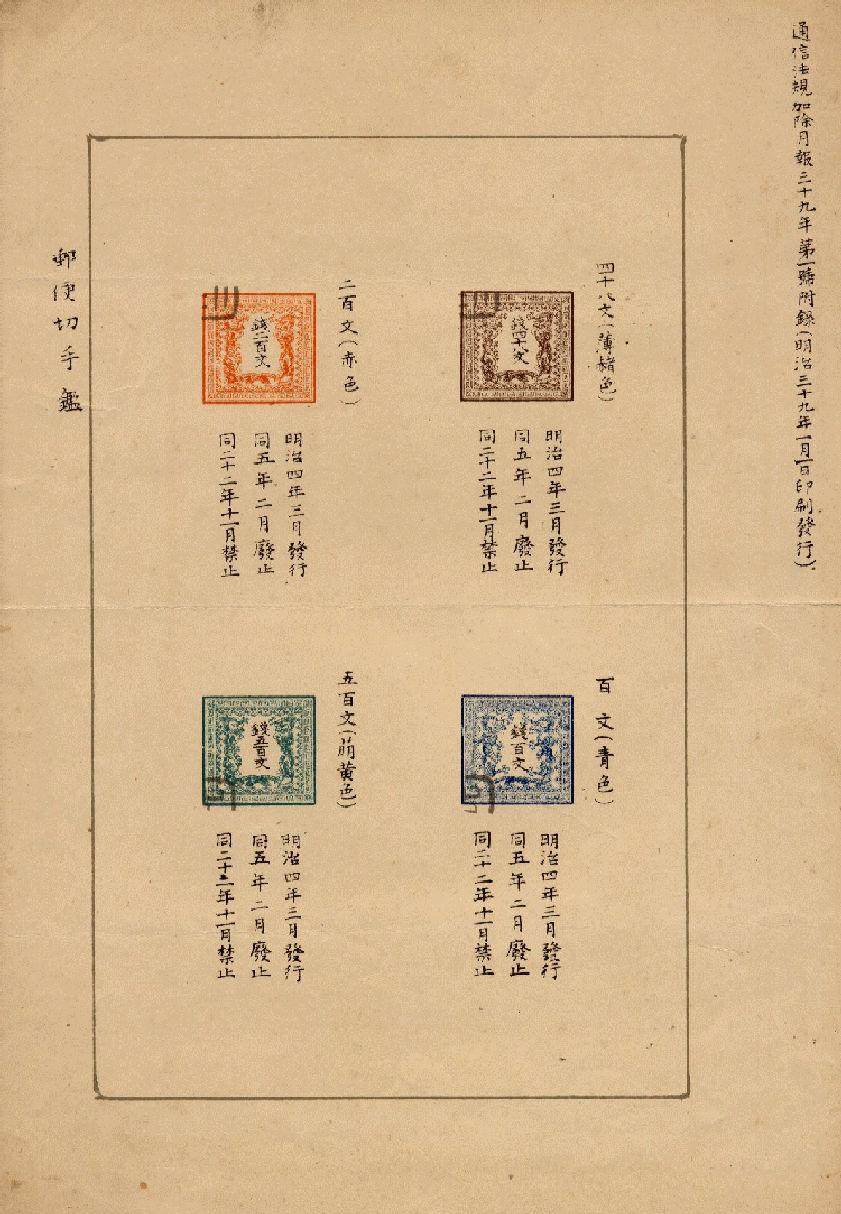 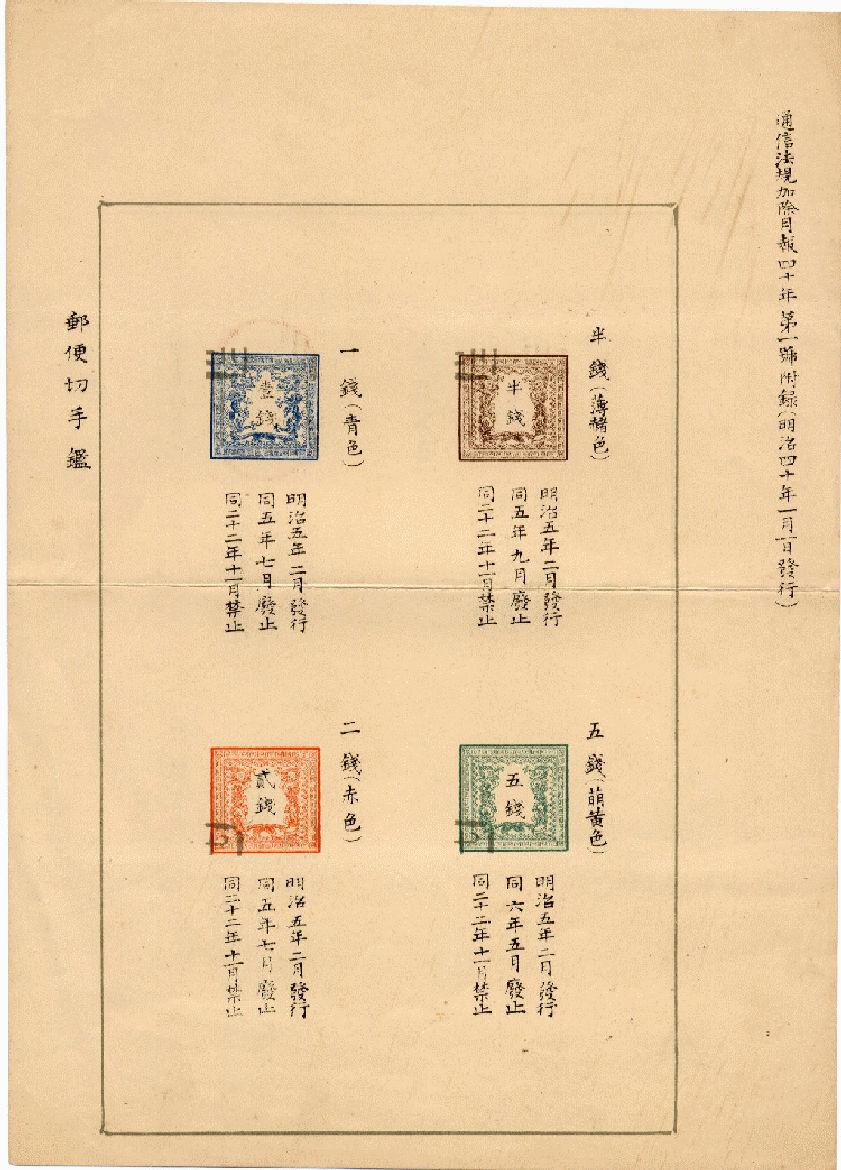 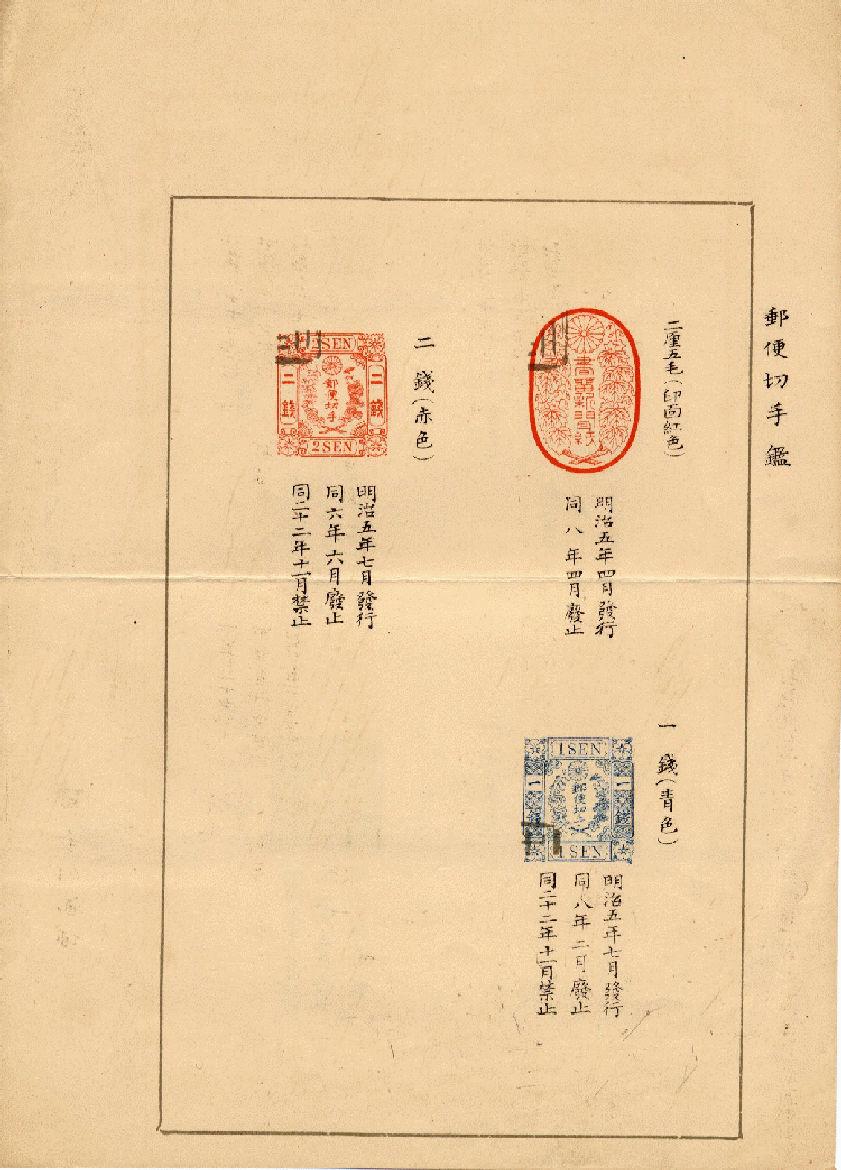 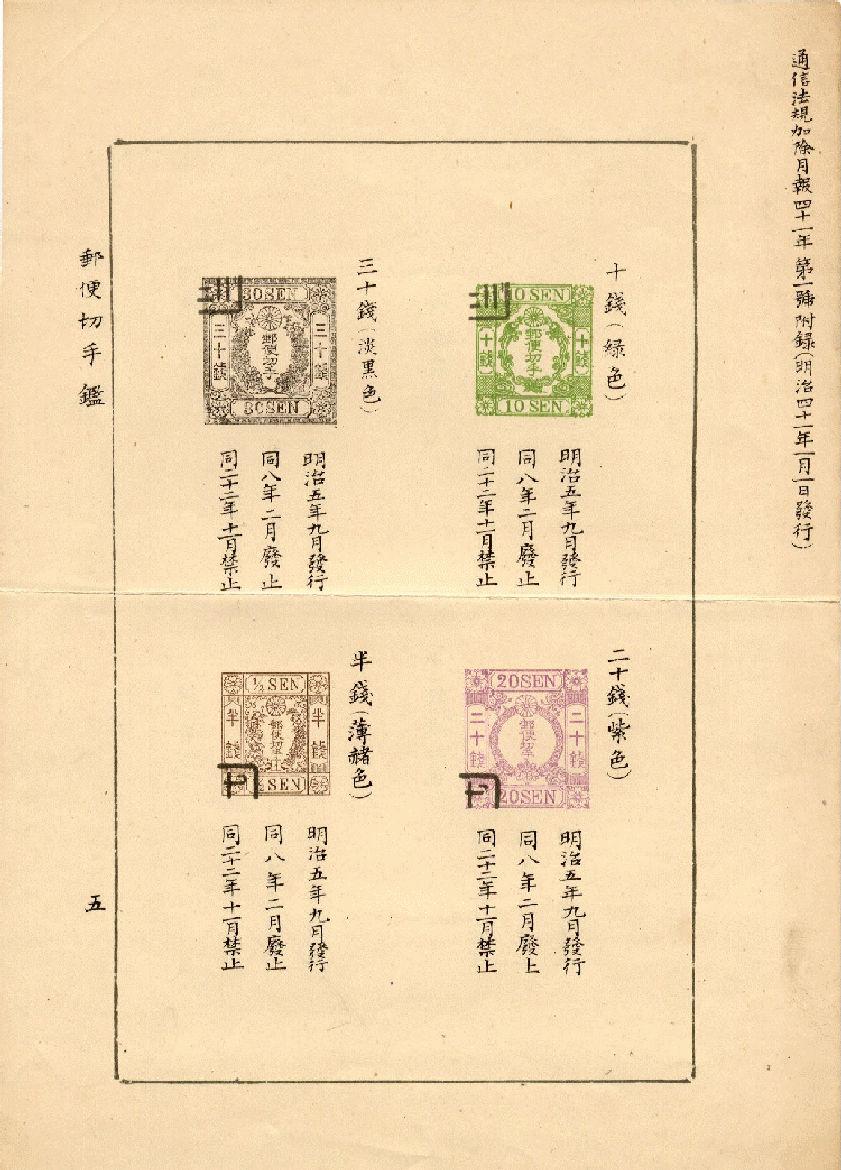 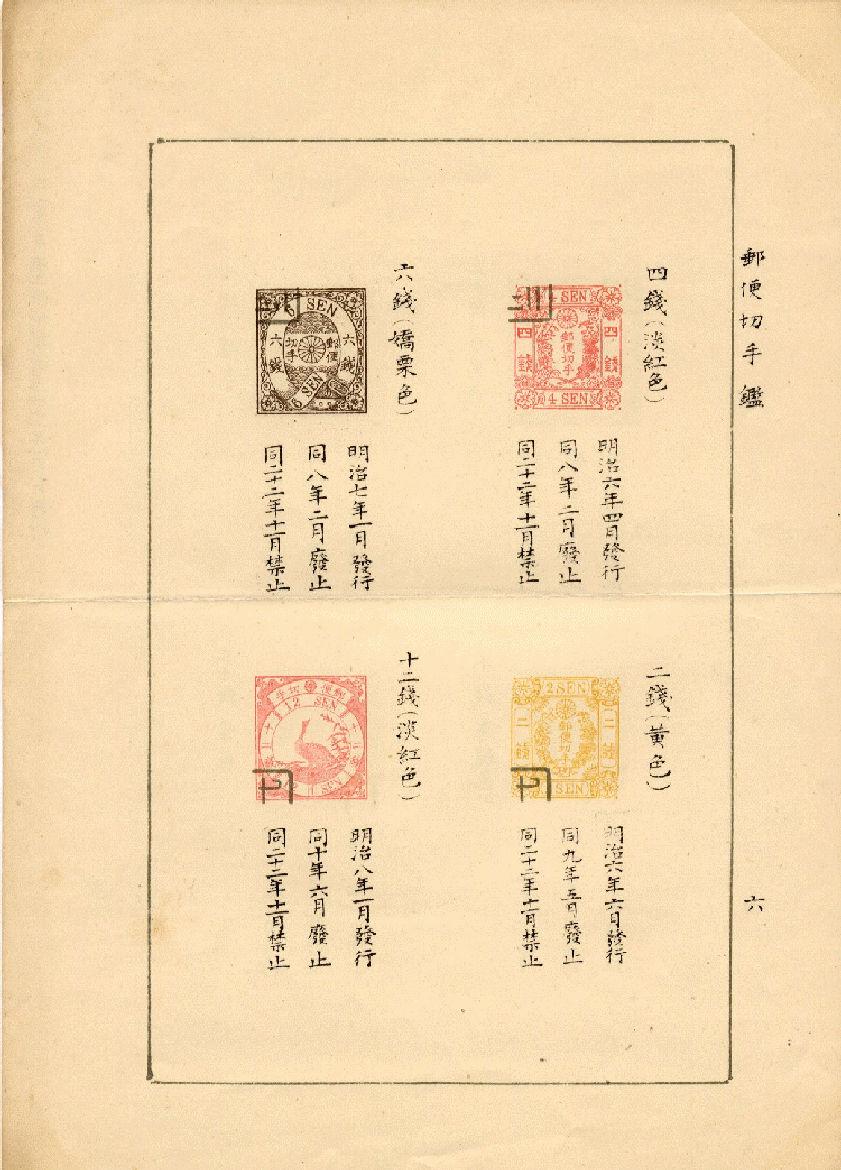 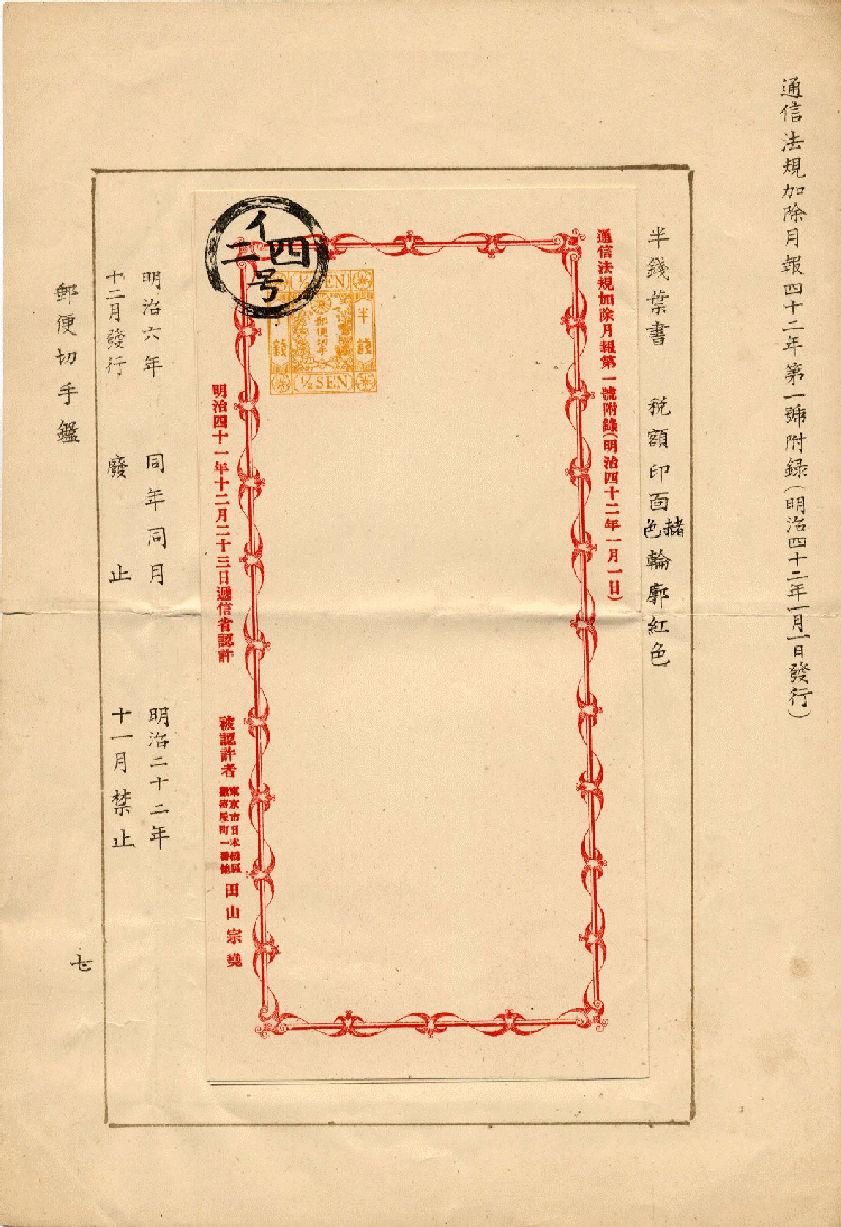 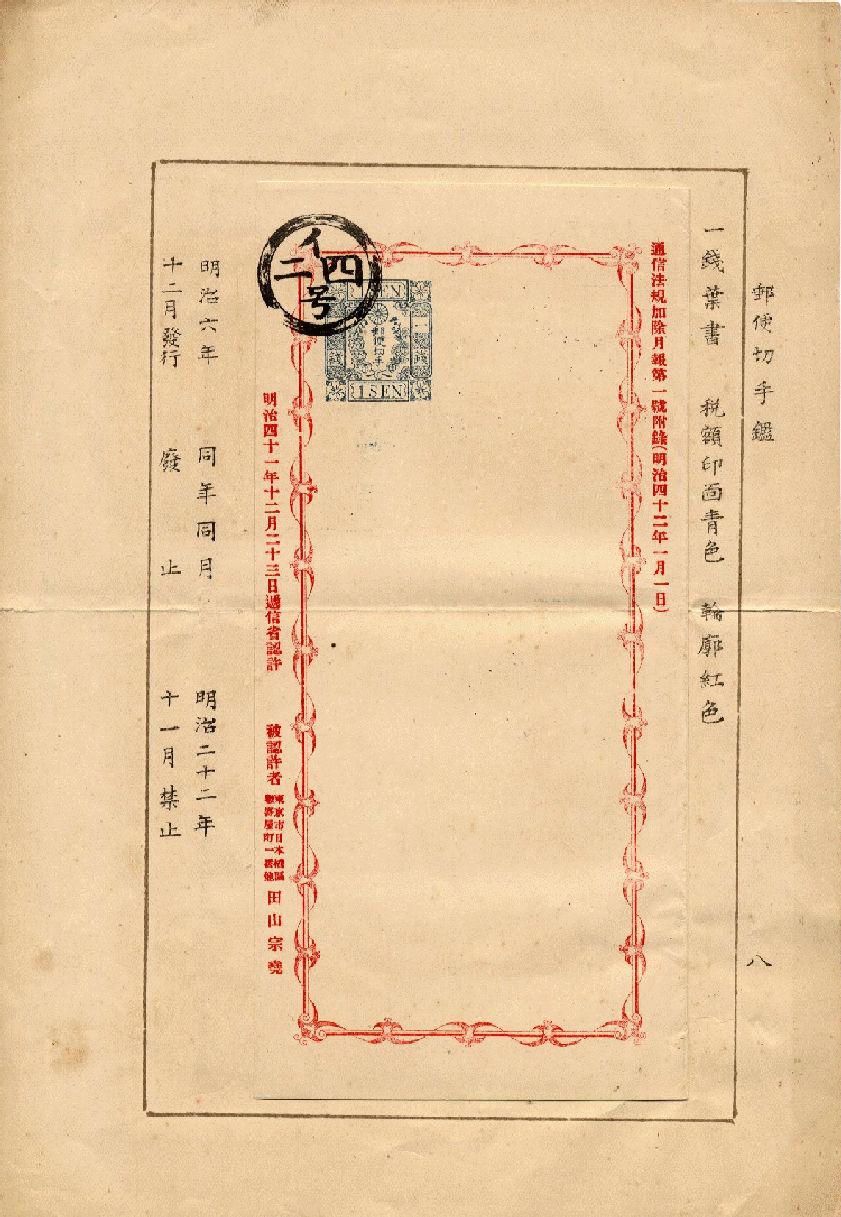 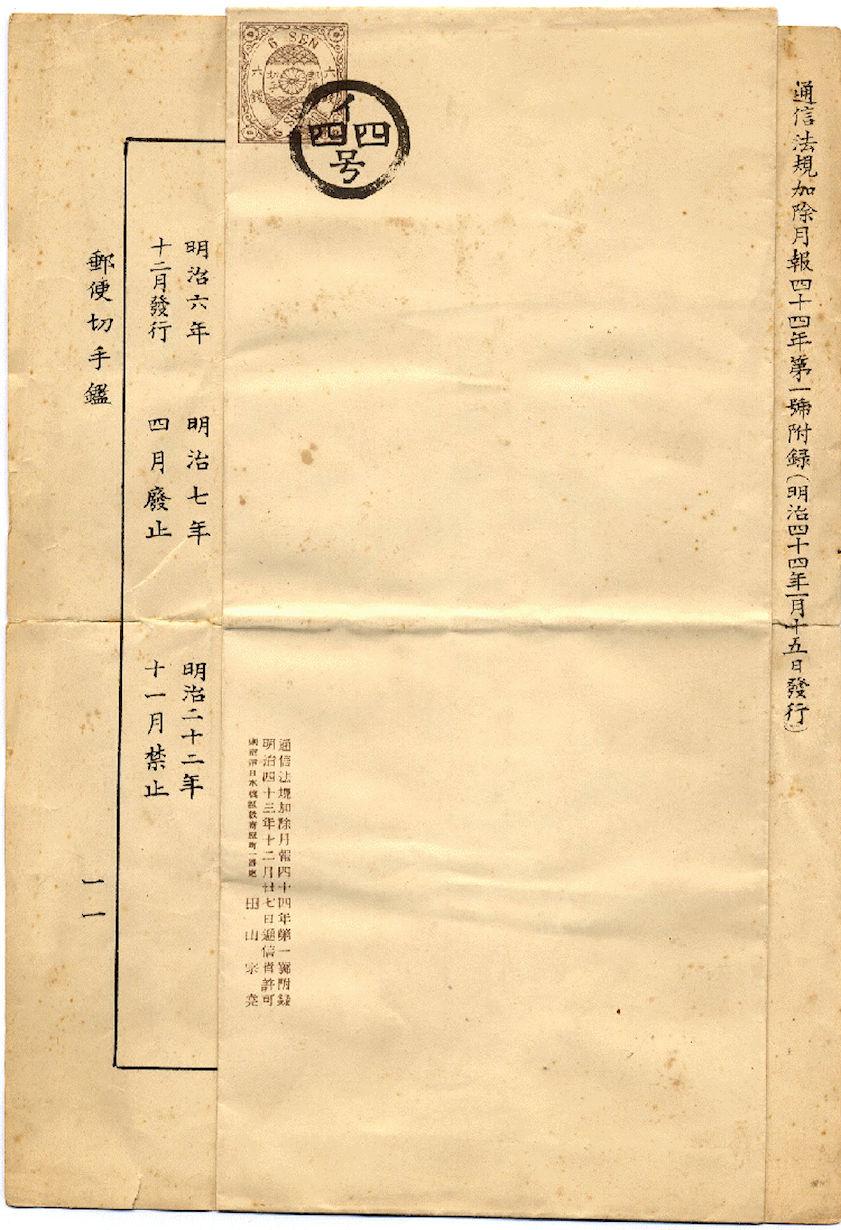 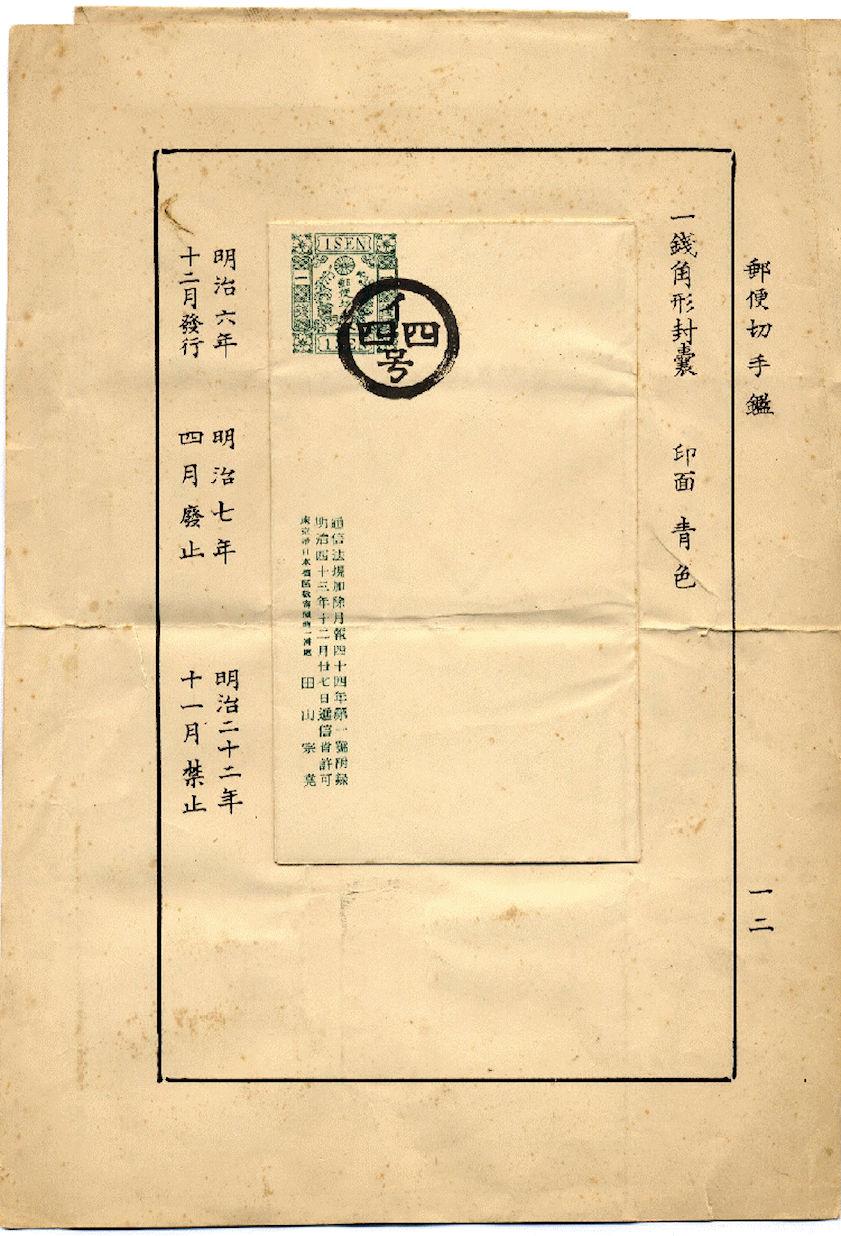 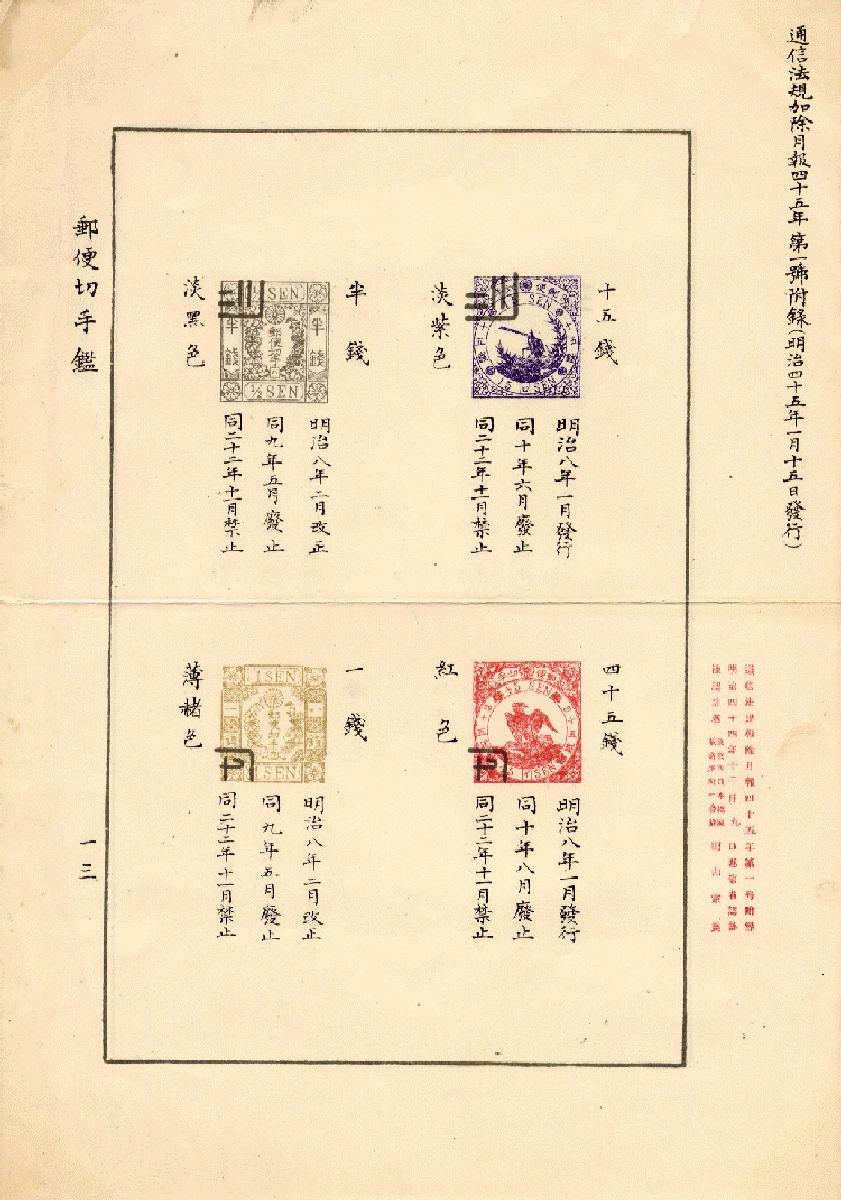 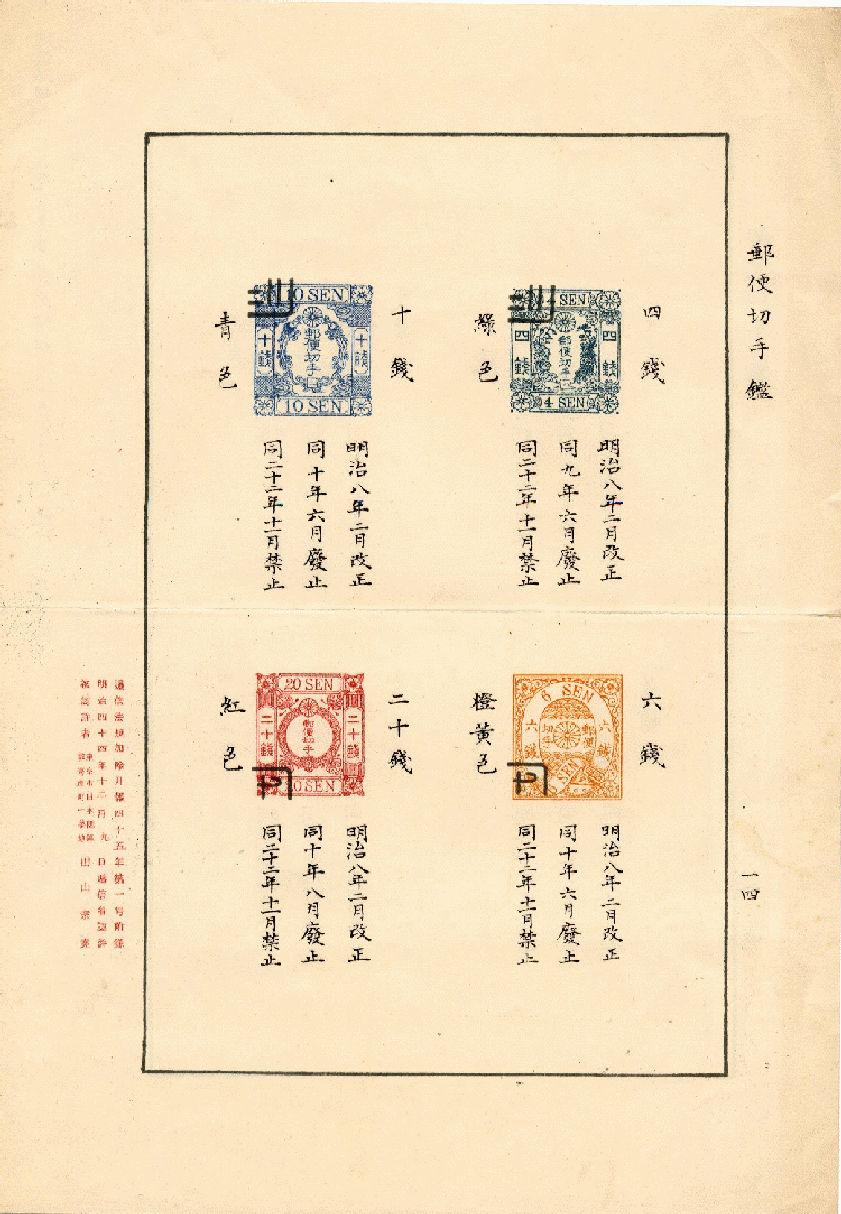