It is  interesting to note that there is controversy about the issue date of this stamp.  Sakura says it was issued on 12 June 1875 (the planned date of issue) as do other Japanese catalogs.  Ichida, in his Cherry Blossom book, says it was issued in August of 1875.  It is known that there were delays from the planned issue date.  The 1 sen stamp did not go on sale until October 1875.  The earliest confirmed date of use is 3 November 1875.

Over the years, opinion about the actual printing method and plates for this stamp has changed.  Current opinion is that while only two original etched plates were made.  These two original plates were reproduced several times by the electrotype method.  Thus the exact number of plates is unknown.  Study of retouching shows that at least two plates were produced by the electrotype process.  Ichida [p315] says that it is probable that the number of plates was at least 10. 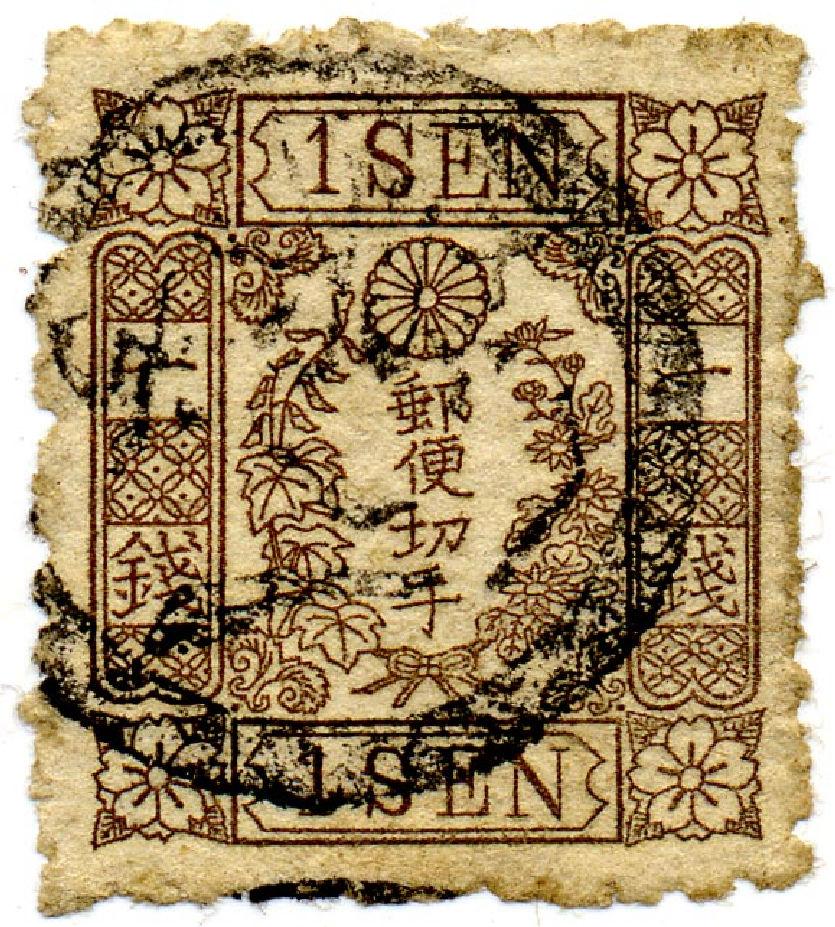 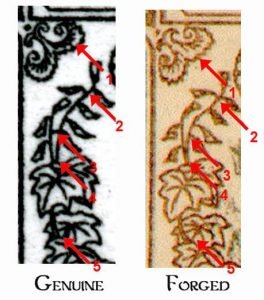 “Signed” Forgeries all with sankō 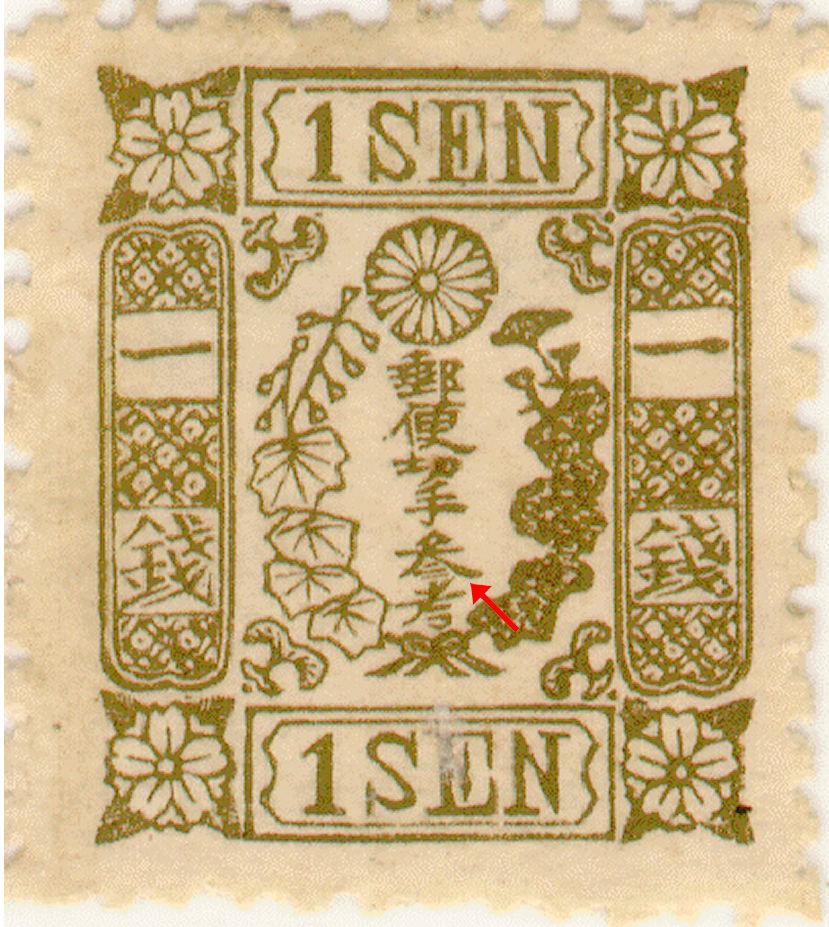 Maeda:  with Sankō below value characters 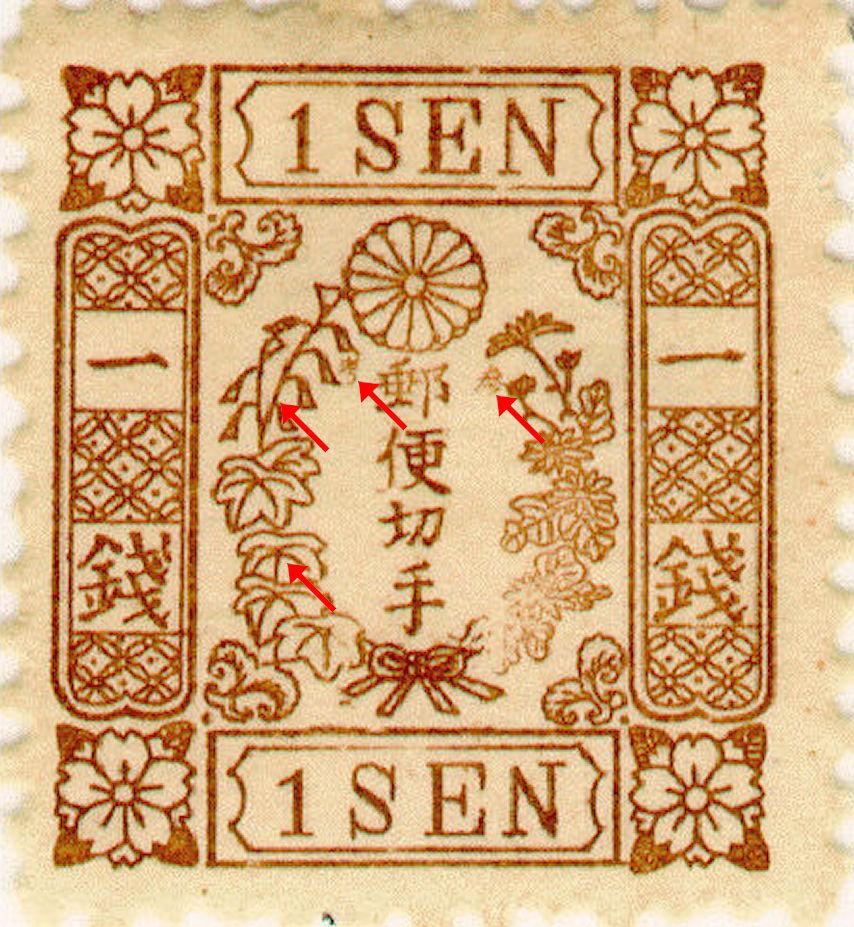 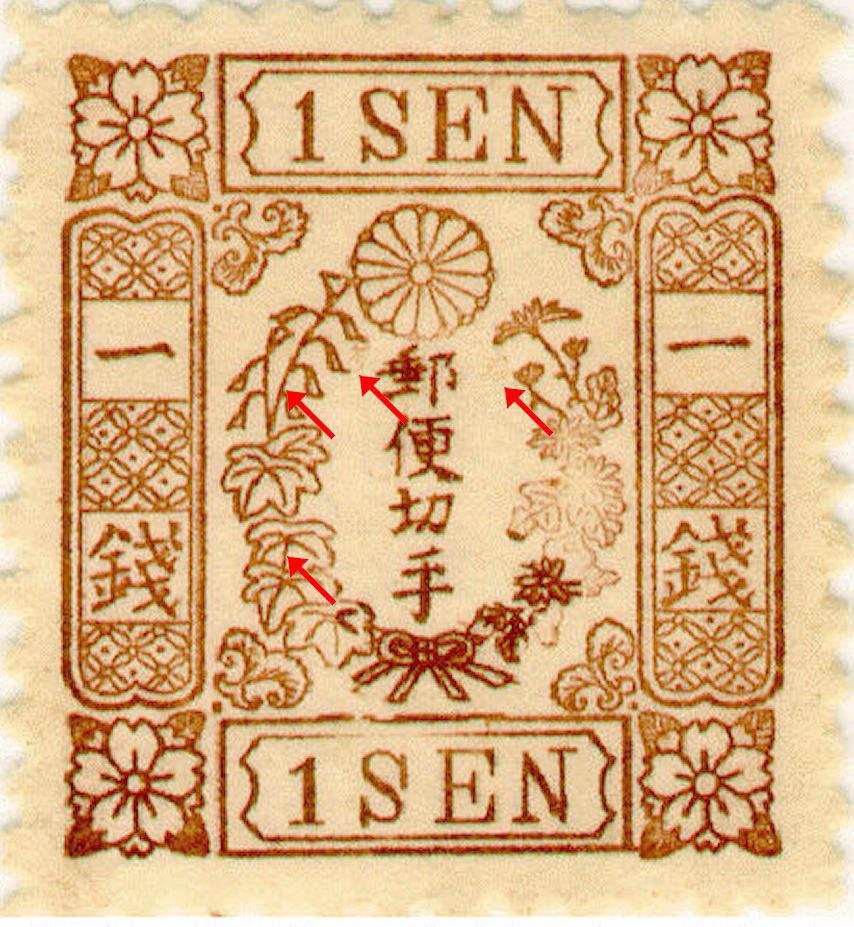 Shown with a photo of a genuine stamp. 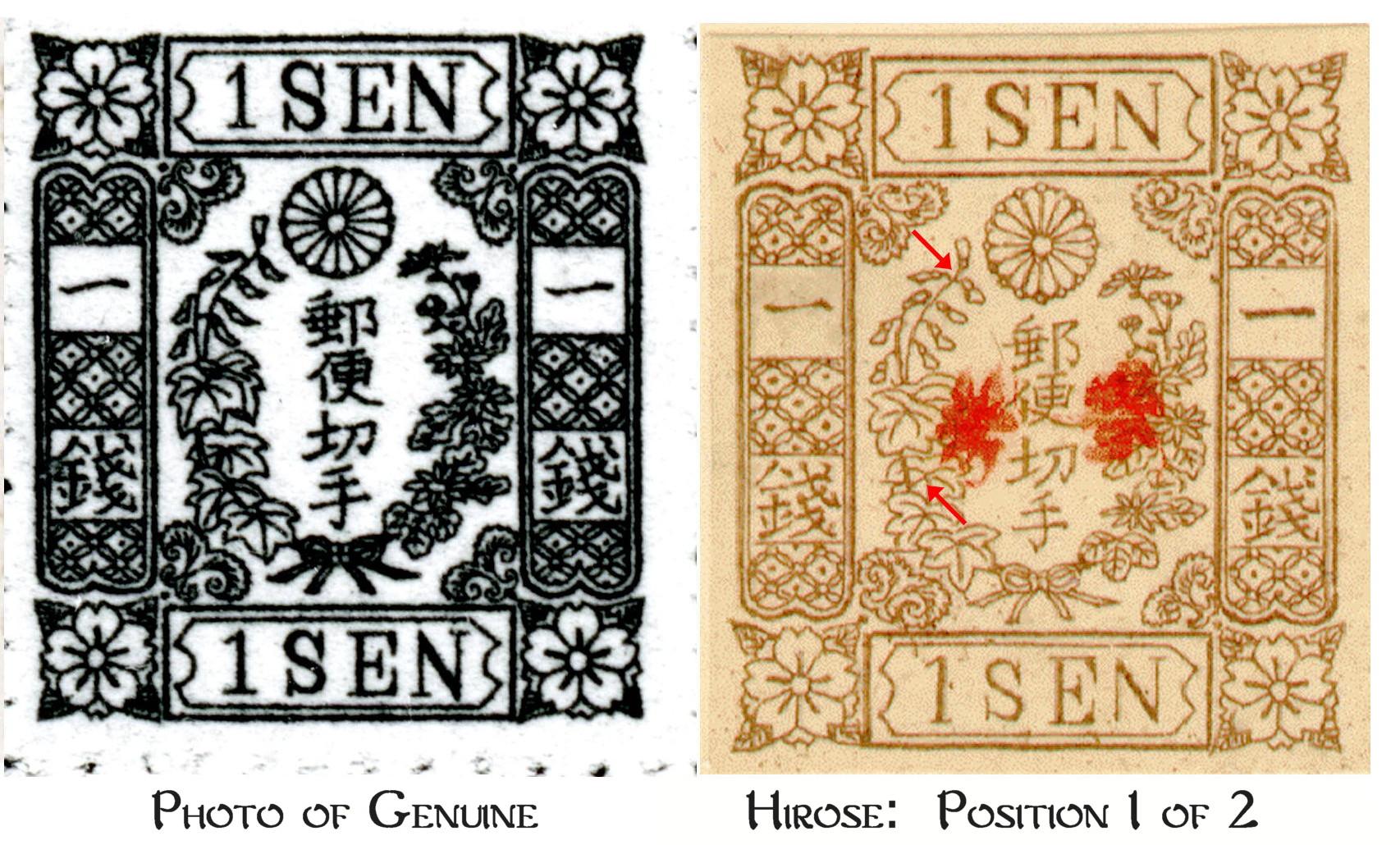 Examples exist without this “red sankō overprint. In fact it is felt that there are more examples without the overprint than with the overprint. Also position 2 is known but not described. Probably the features that Identify position 1 as a forgery are repeated in position 2. 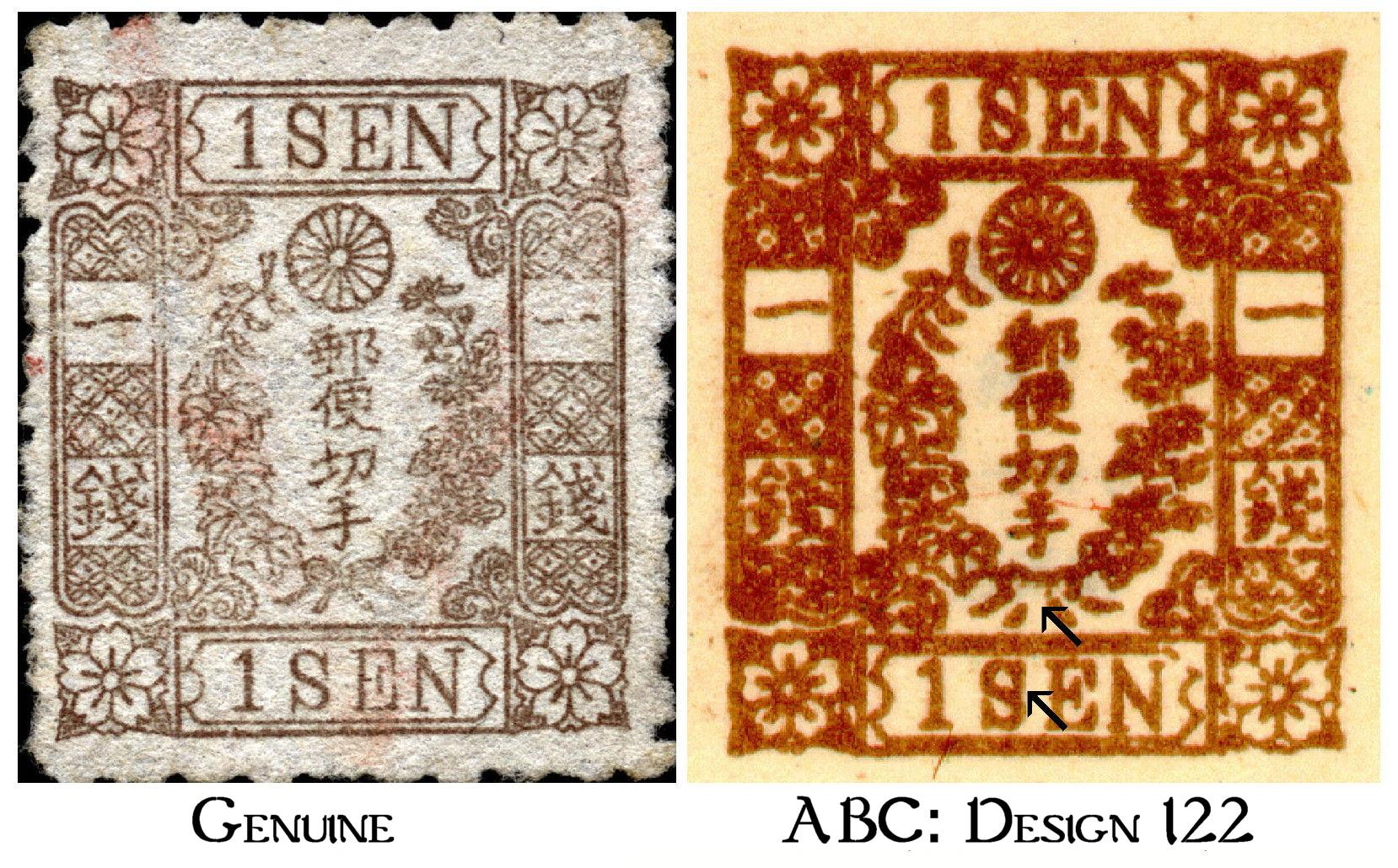 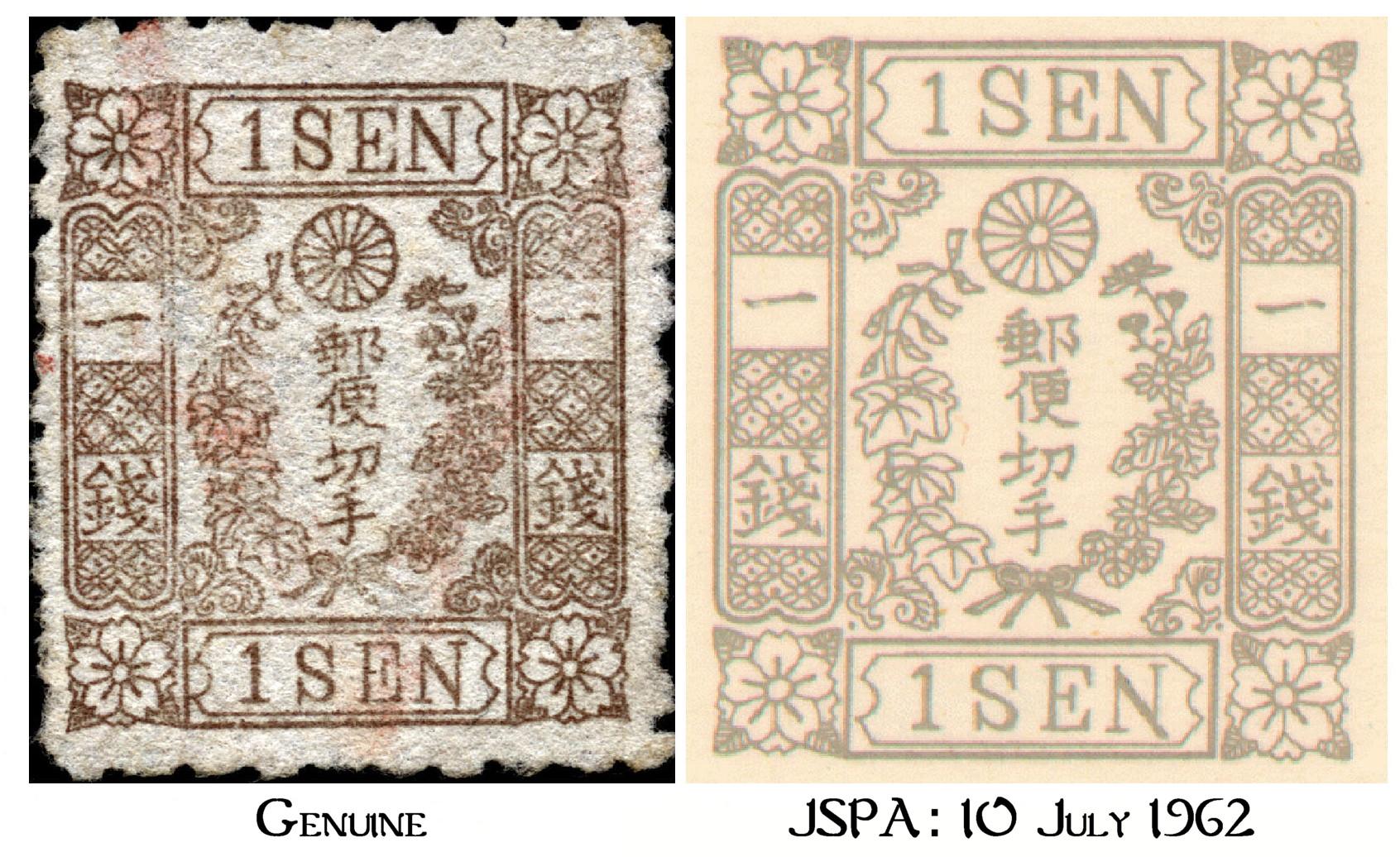 The stamp on this sheet reproduces the genuine 1 sen brown originally issued August 1875 on wove paper.  The reproduction is imperforate on cream-colored wove paper.   Click here to see more information about JSPA reproductions.