The 1/2 sen gray with syllabics has eight plates.  The two plates for Syllabic

(2-ro) were the old plates used for the 1/2 sen brown foreign paper.  Three new plates for both syllabic

(4-ni) were engraved.  Any gray stamp with syllabic

Reminder:  Only 16 petals or florets in the genuine Kiku Crest (Chrysanthemum Crest).  There is no known forgery in gray with the Ki-Hansen error which occurs only on Plate 4, Positions 23 of the genuine 1/2 sen brown with crossed branches. 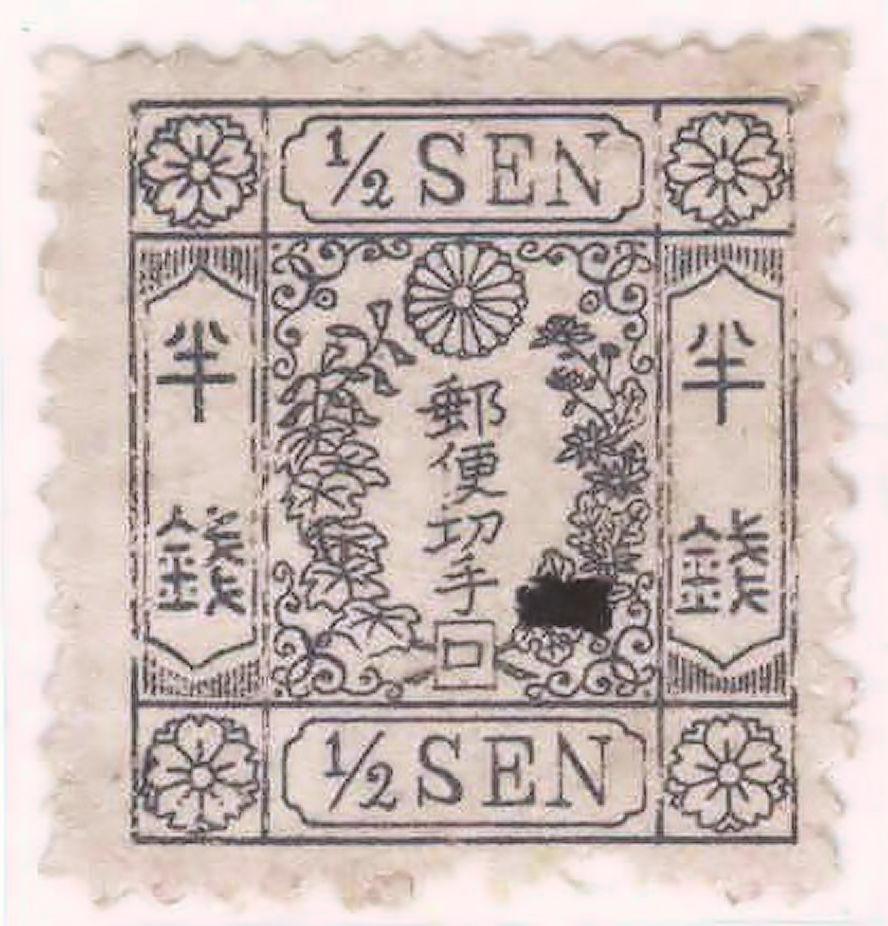 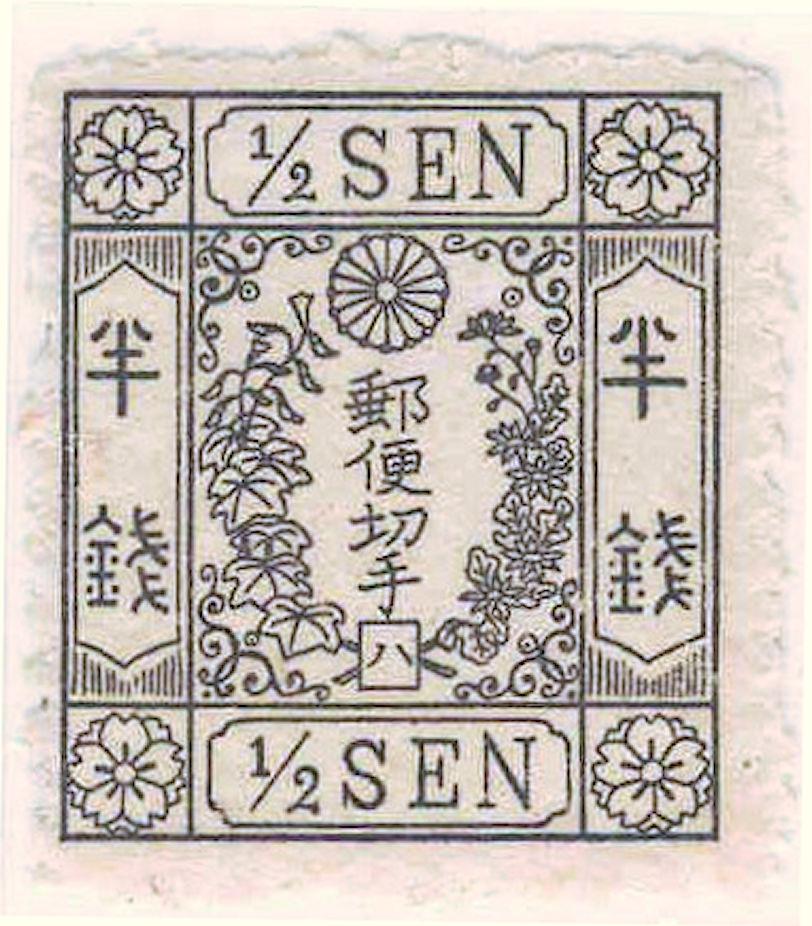 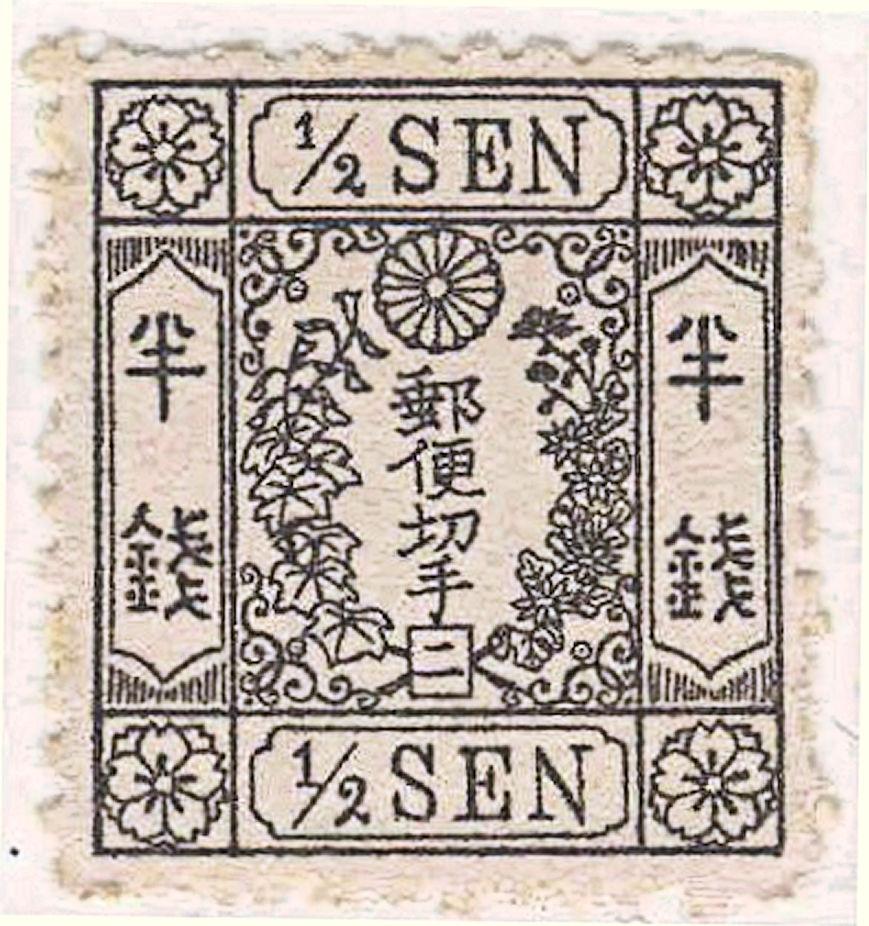 Known classic forgeries are of ro

are forgeries.  There are no classic forgeries of ni

.  However, more modern “reproductions” of ni

exist.  Used copies with this syllabic are very rare and genuine stamps with forged cancels exist. 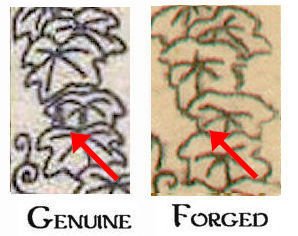 Genuine: Stems between the third and fifth leaves are solid or have very close lines.  Forgeries:  In the syllabic forgeries the stems are missing. 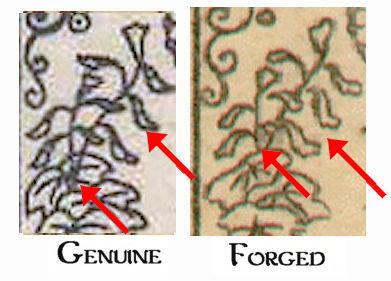 Genuine: In the paulownia flower, a line crosses most of the small blossoms. Forgeries:  These lines are fewer or missing in the forgeries.

Plate 15: As said before, the forgers did whatever suited them at the time.  Then often changed the same plate in different ways to make a different stamp or to change from sankō to mozō, or remove the sankō or mozō altogether.  Wada’s Plate 15 is a great example of the possible changes that could be made.  See all the changes Wada made to Plate 15 here.

Since the forgers only had to change the color of the printing ink slightly, it is possible that any of the forgeries done in the 1/2 brown shade with syllabic can also be found in the gray shade. Maeda forgeries are known only in the brown shade at this time.

The shades of gray vary greatly.  It is often difficult to tell whether the shade is gray or brown without a side by side comparison. The stamp will show the shade differences better than the images here on the web. 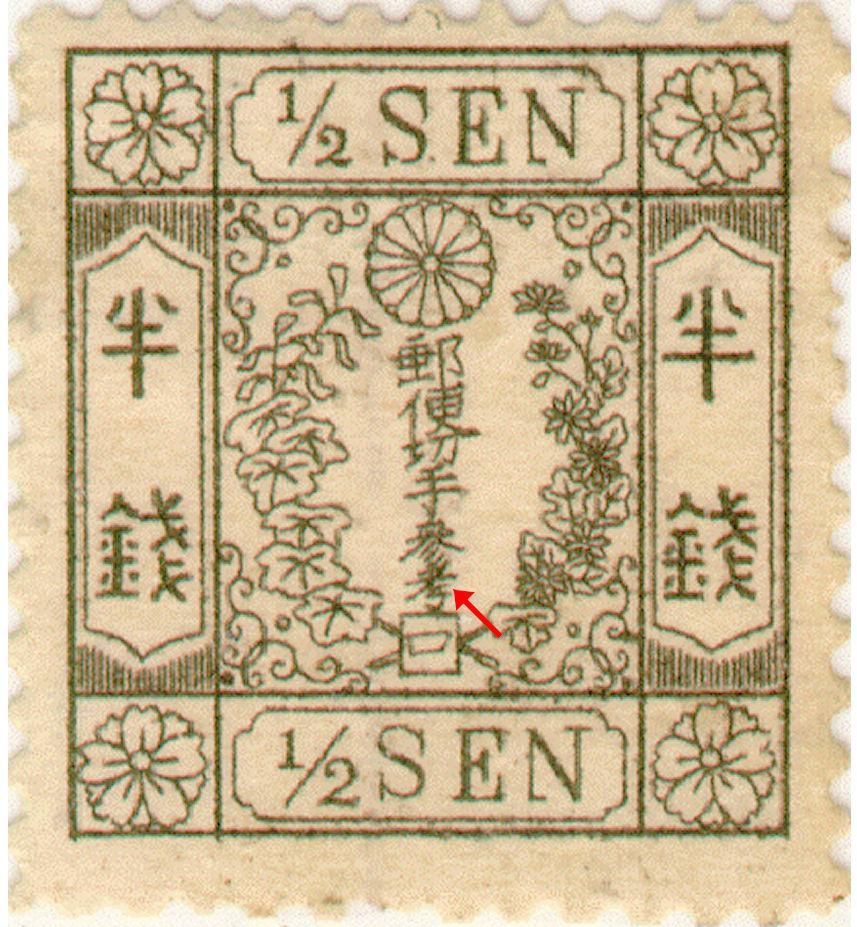 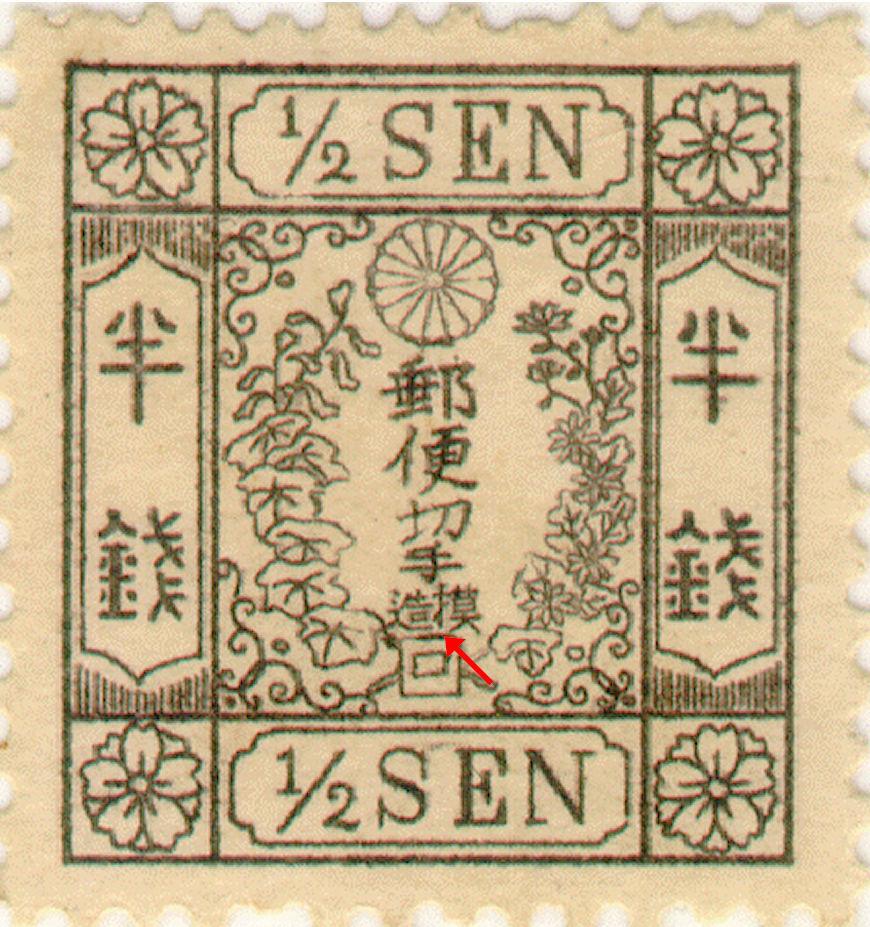 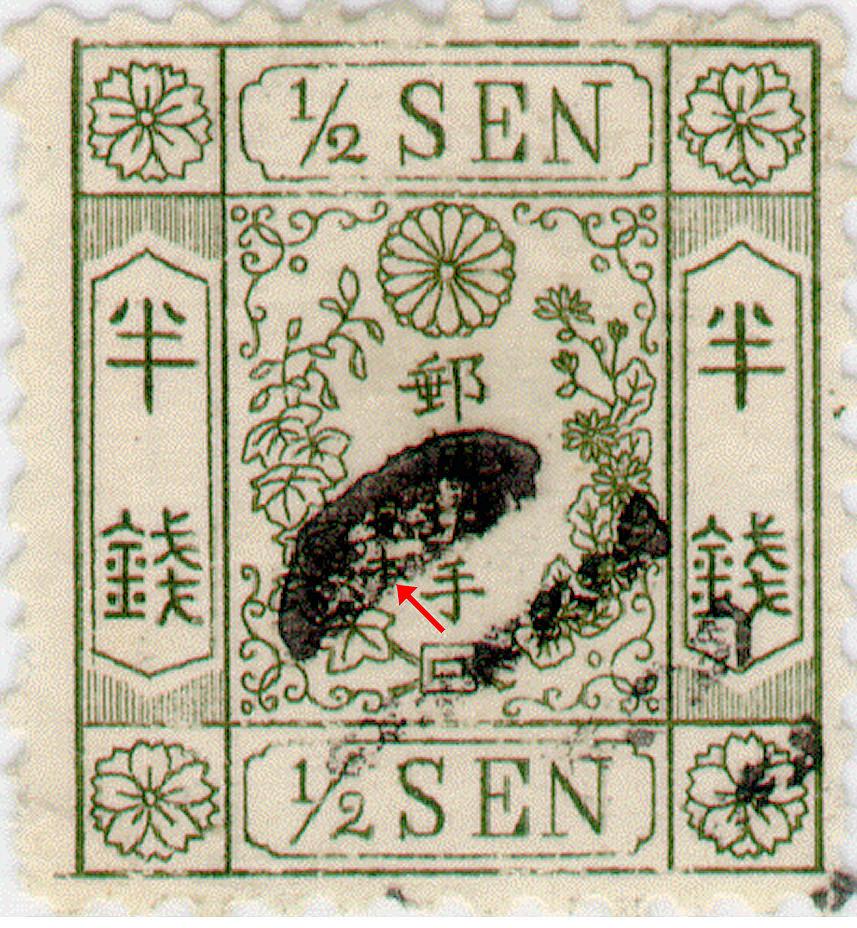 Probably Type 2 and Type 3 Mihon exist in the gray color as well as the brown, but there are no images available at this time.

All of the Wada forgeries with syllabics occur in both the gray and brown shades.  See the individual differences in the section of Wada unsigned forgeries in brown. 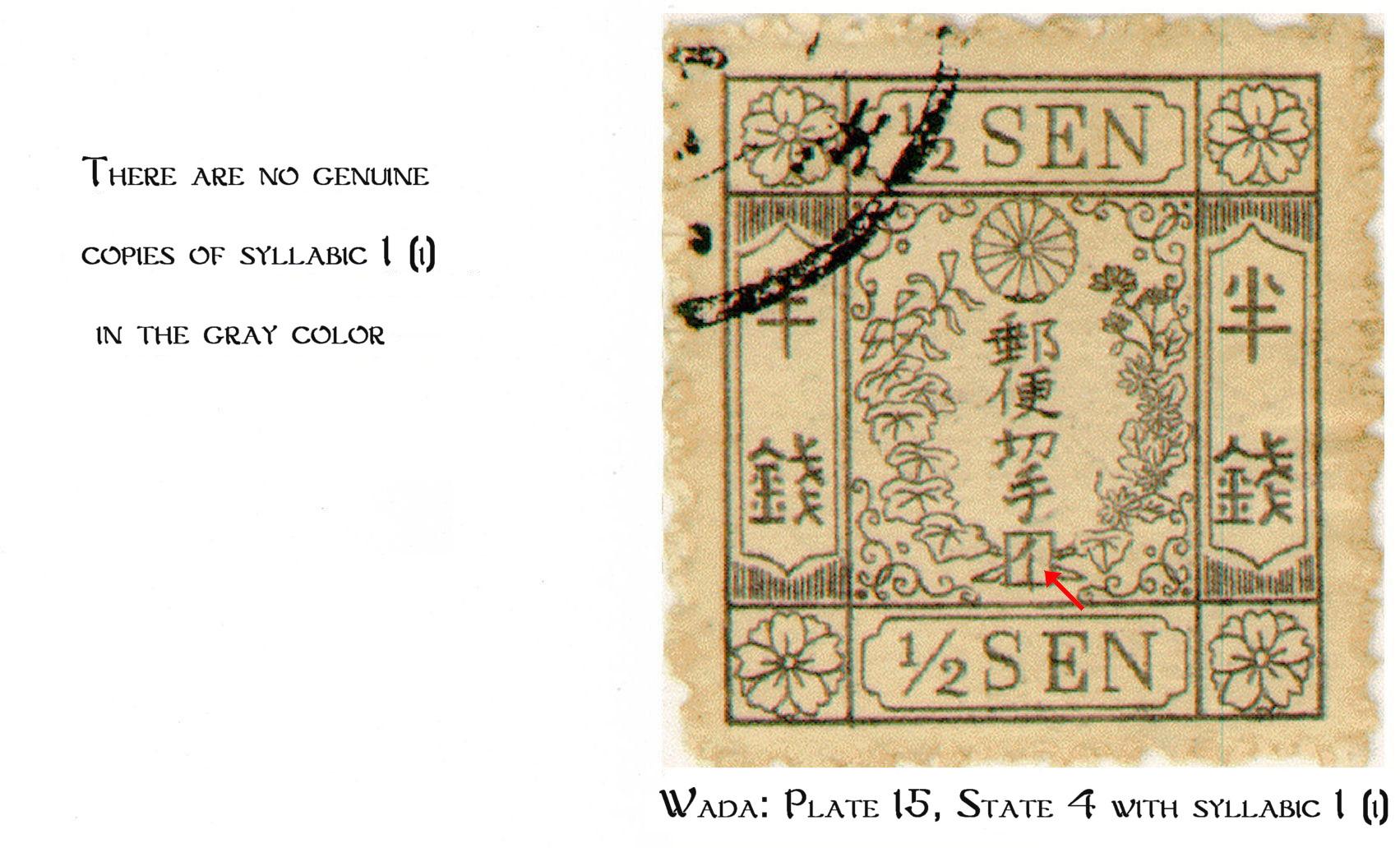 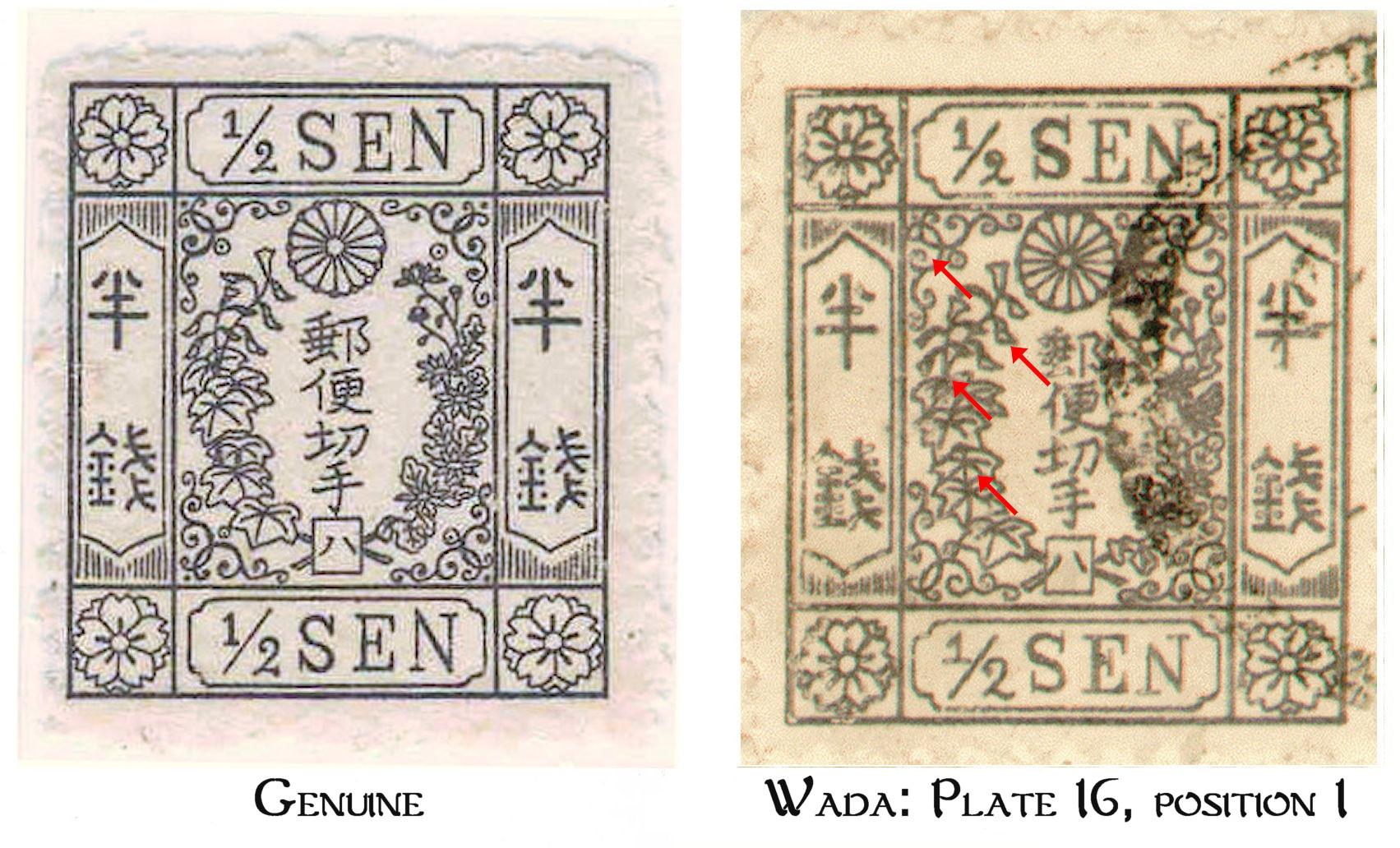 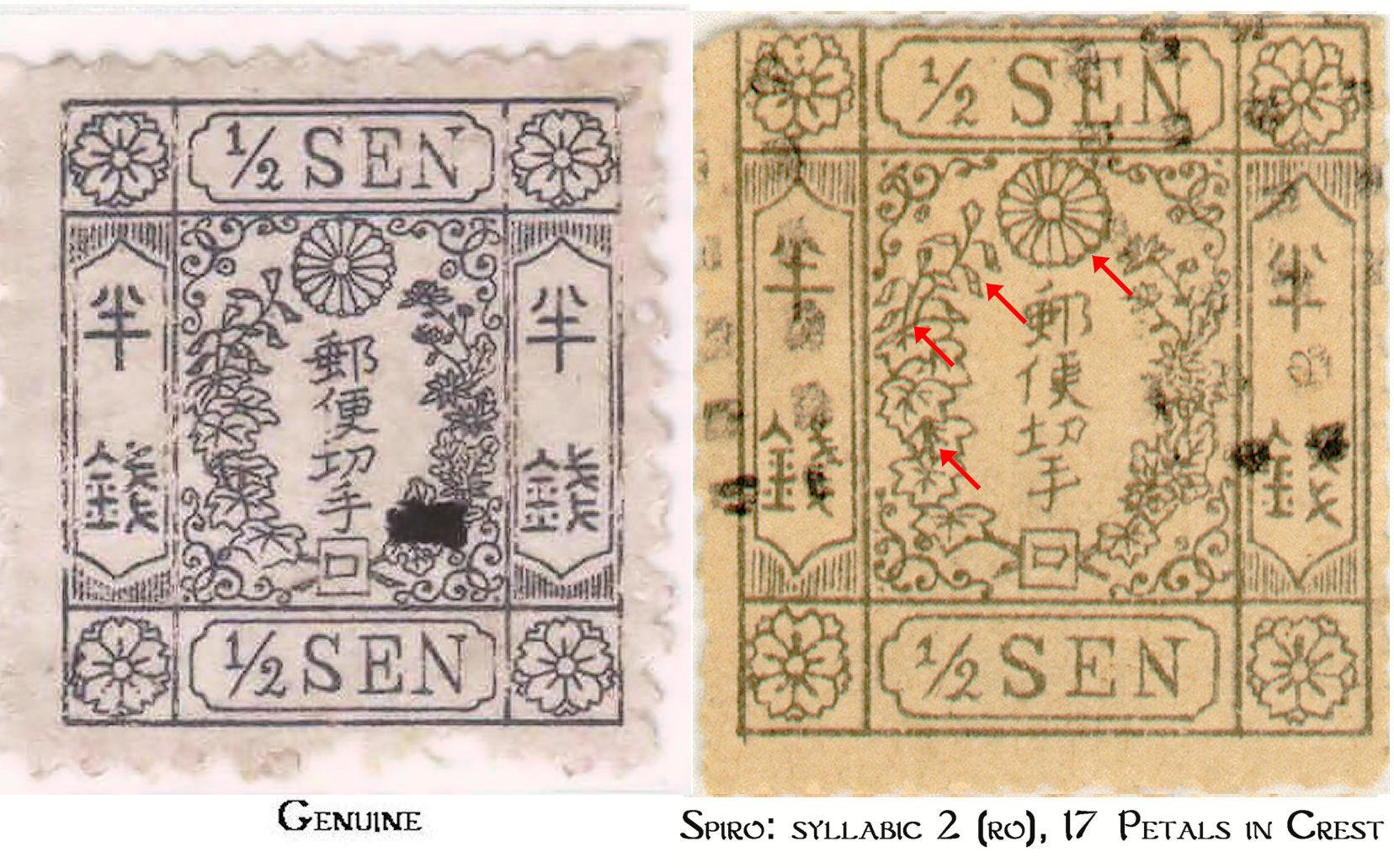 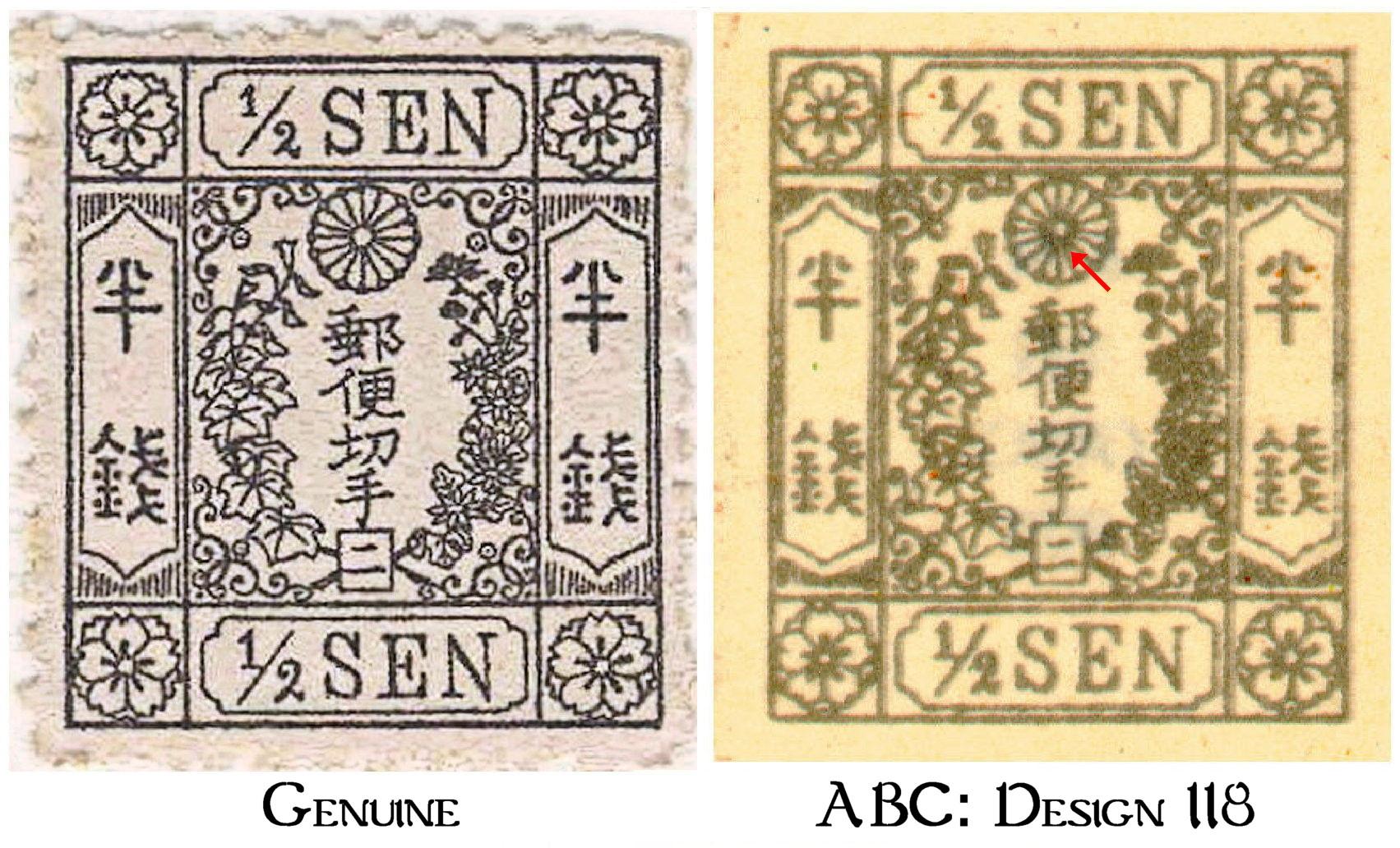 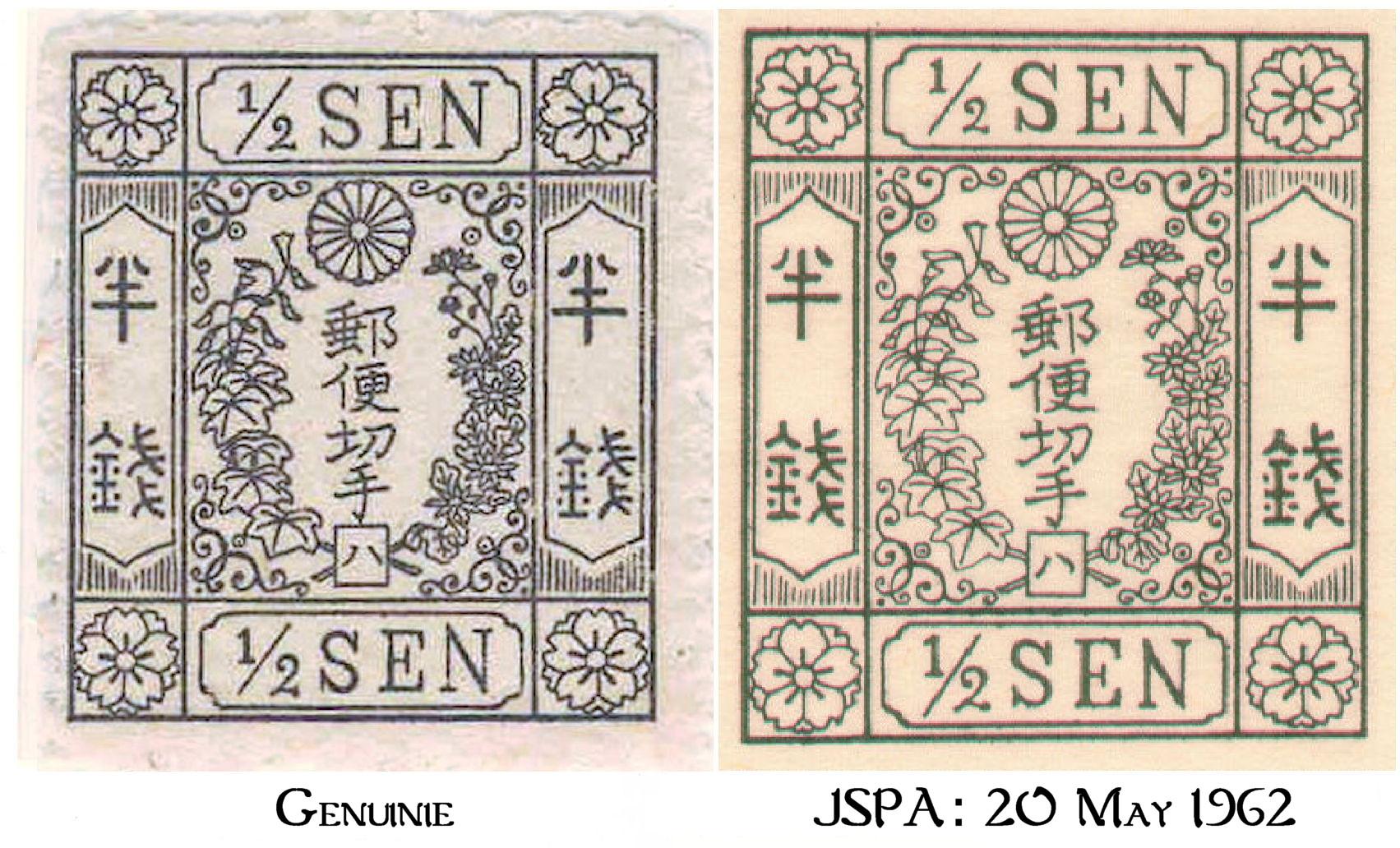 This 1/2 sen gray cherry blossom stamp, syllabic ハ  (ha), is in found in Sheet 1 included with the 1912 issue of the Communications Law Monthly Report.  Type 1 Cancel. 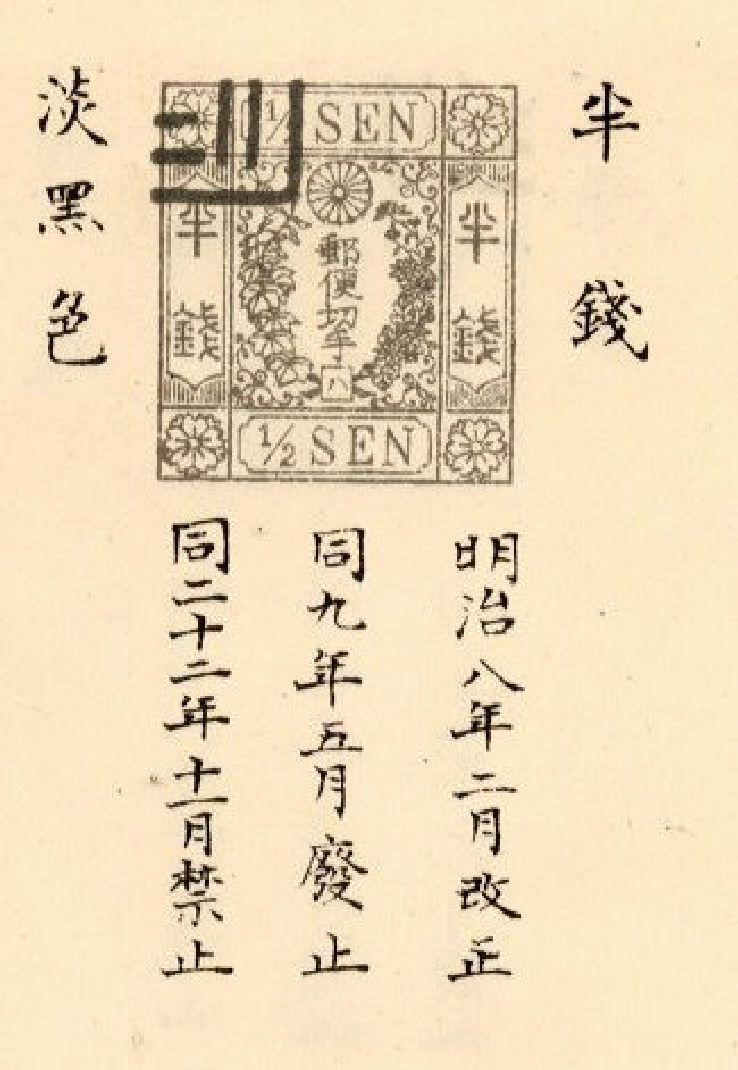