At the time of the publication of the ISJP CD-ROM, the red sankō overprints had been found only on Cherry Blossom forgeries produced by Hirose. Recently, examples of these overprints were discovered on three Hirose Dragon forgeries, the 48 mon Die A, the 200 mon Die A, and 500 mon Die A.  There is one known example of this overprint on a 100 mon Dragon forgery produced by Maeda and published by Kamgata-ya (Kamigata company).  Copies have been seen on this firm’s tourist sheets. The 100 mon design characteristics are like other Maeda forgeries.

These red red sankō overprints have a separate section here because:

Note:  Blue titles indicate a link to the forged stamps with or without the overprint. 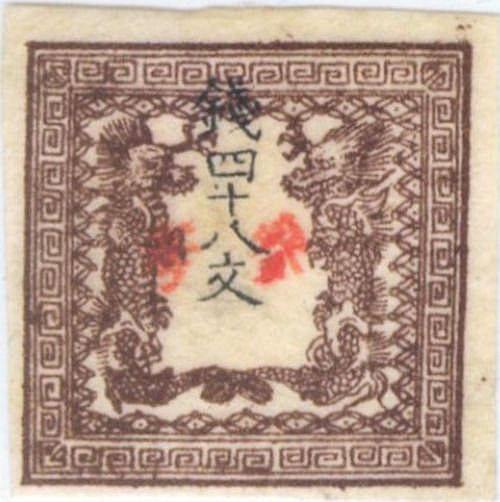 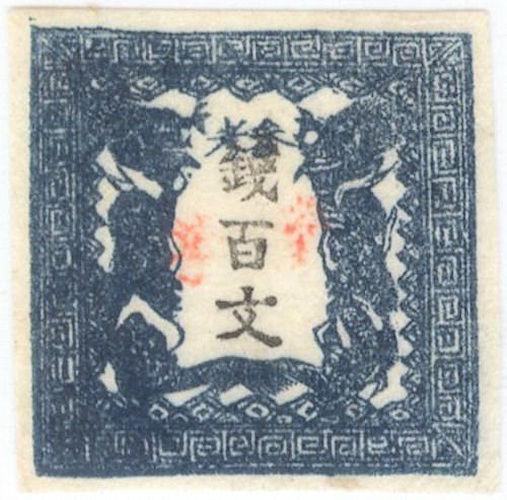 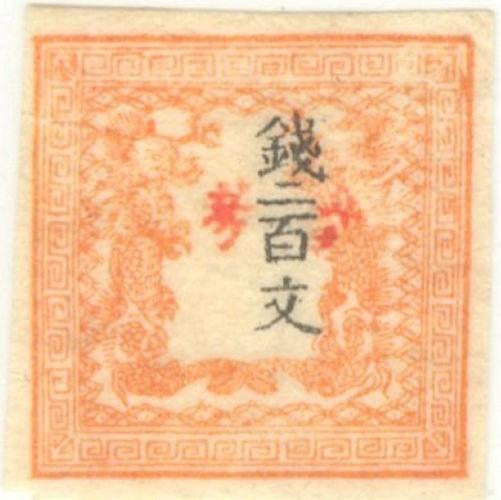 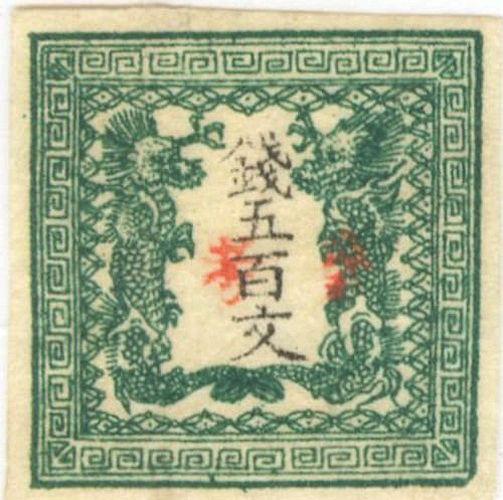 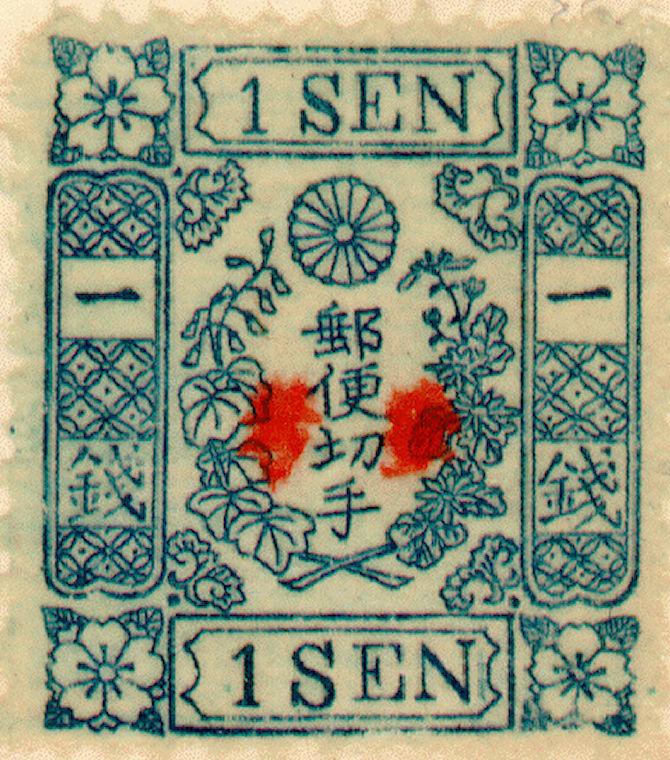 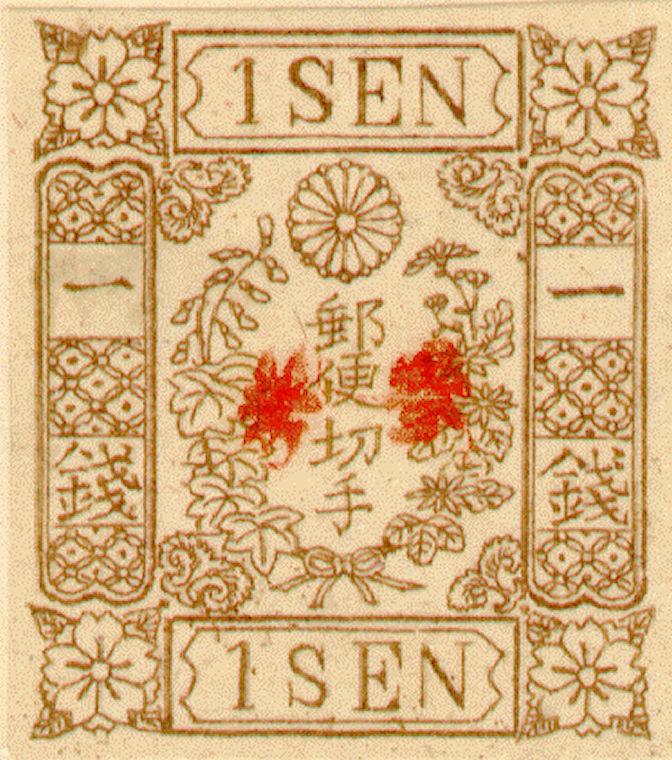 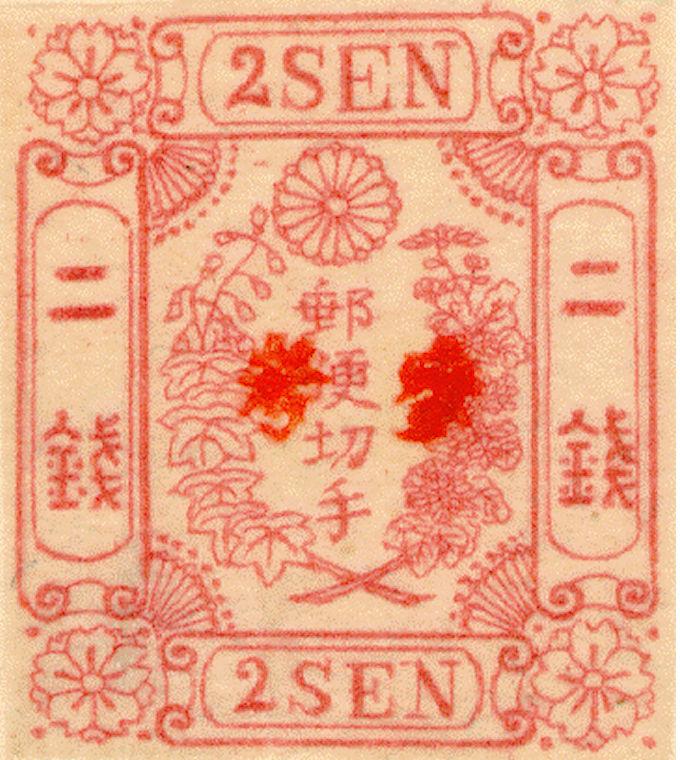 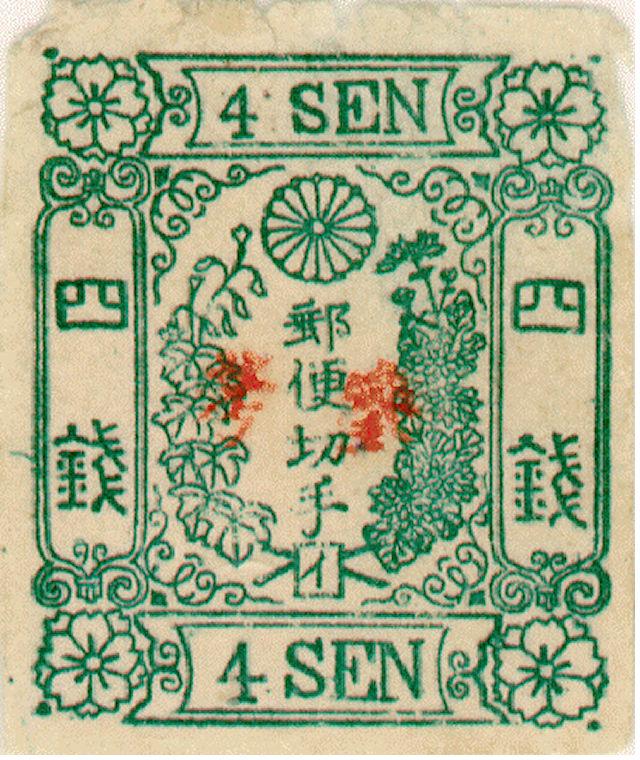 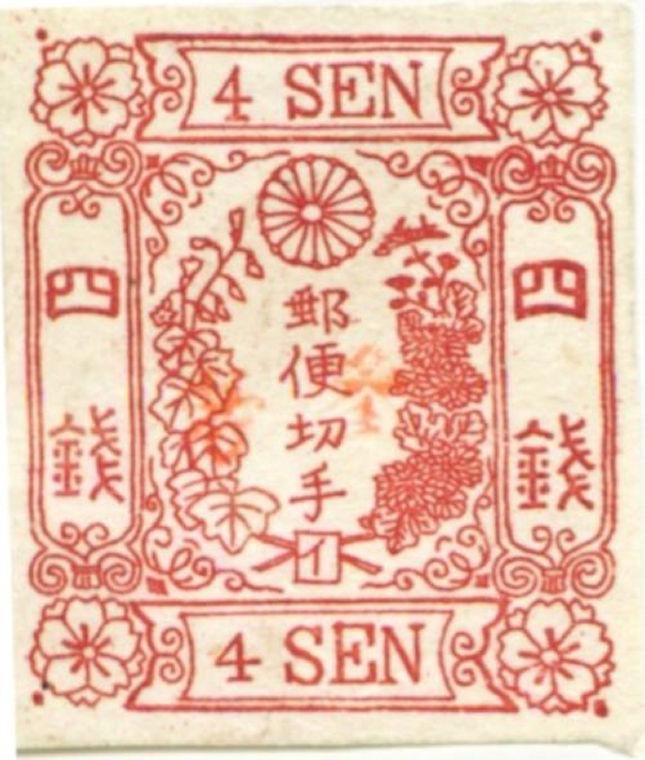 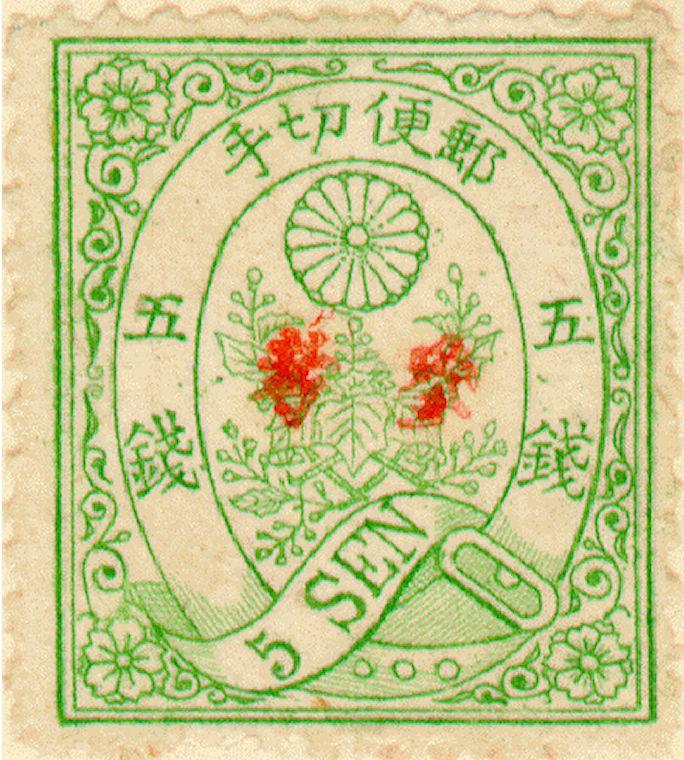 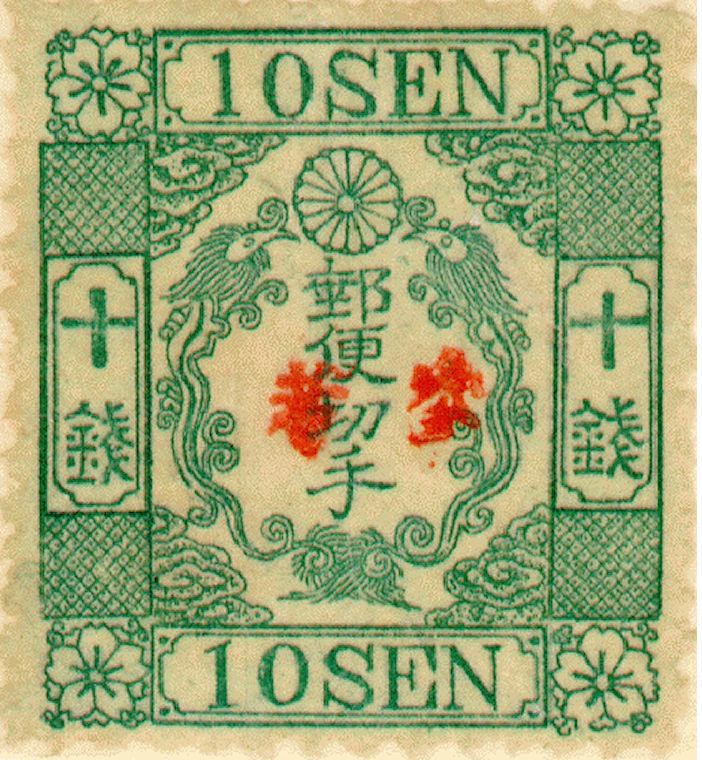 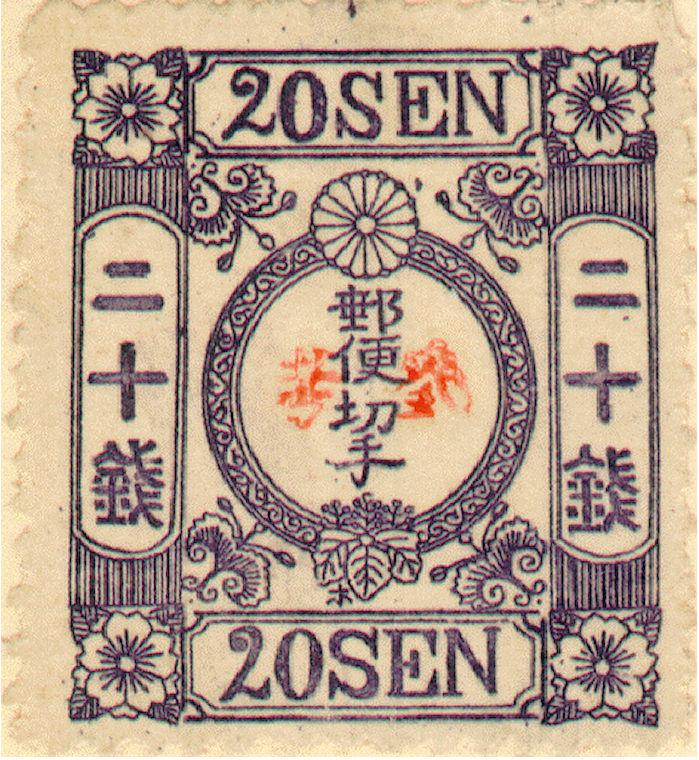 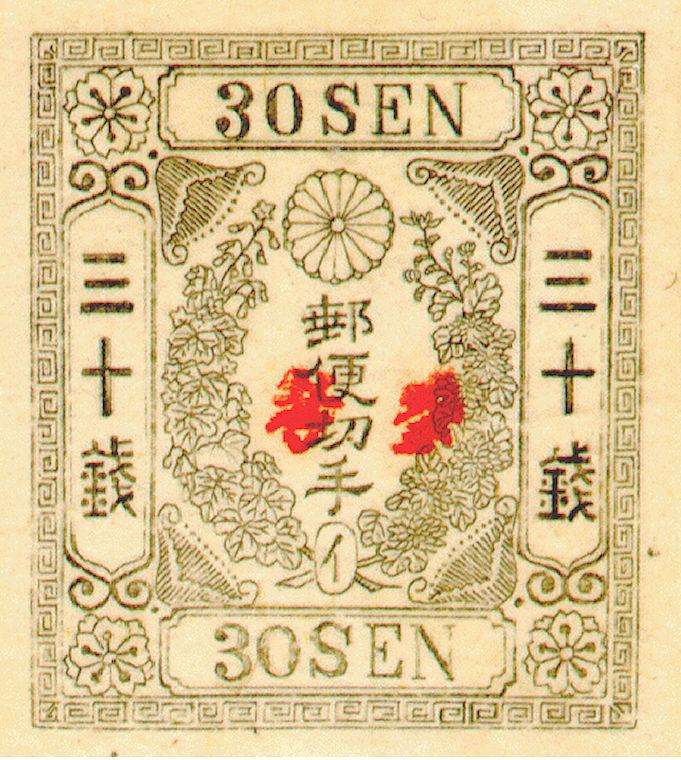