The stamps below were all made by unknown forgers.  Enlarged graphics of the 2 sen & 5 sen are not available.  If anyone has a copy of these two stamps and could help with a high resolution scan of them, their scans would be added to this study.

These forgeries do not have any sankō mozō or mihon, but instead they can be identified by their printed “Tokio” cancel as shown below. The stamps are crudely drawn on very thick paper, almost thin cardboard. They appear to have been produced imperforate.  The fake “TOKIO” cancellation is at either the SW or SE corner of the stamp. 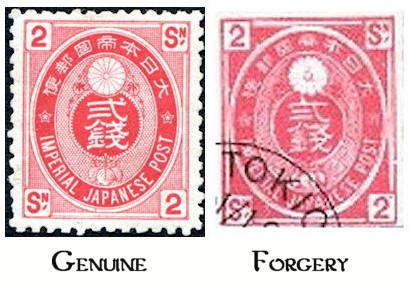 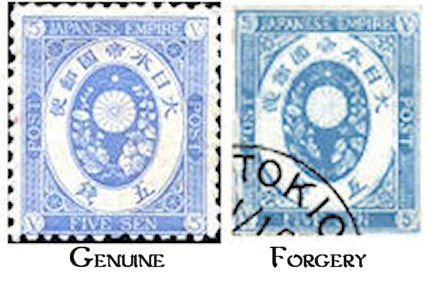 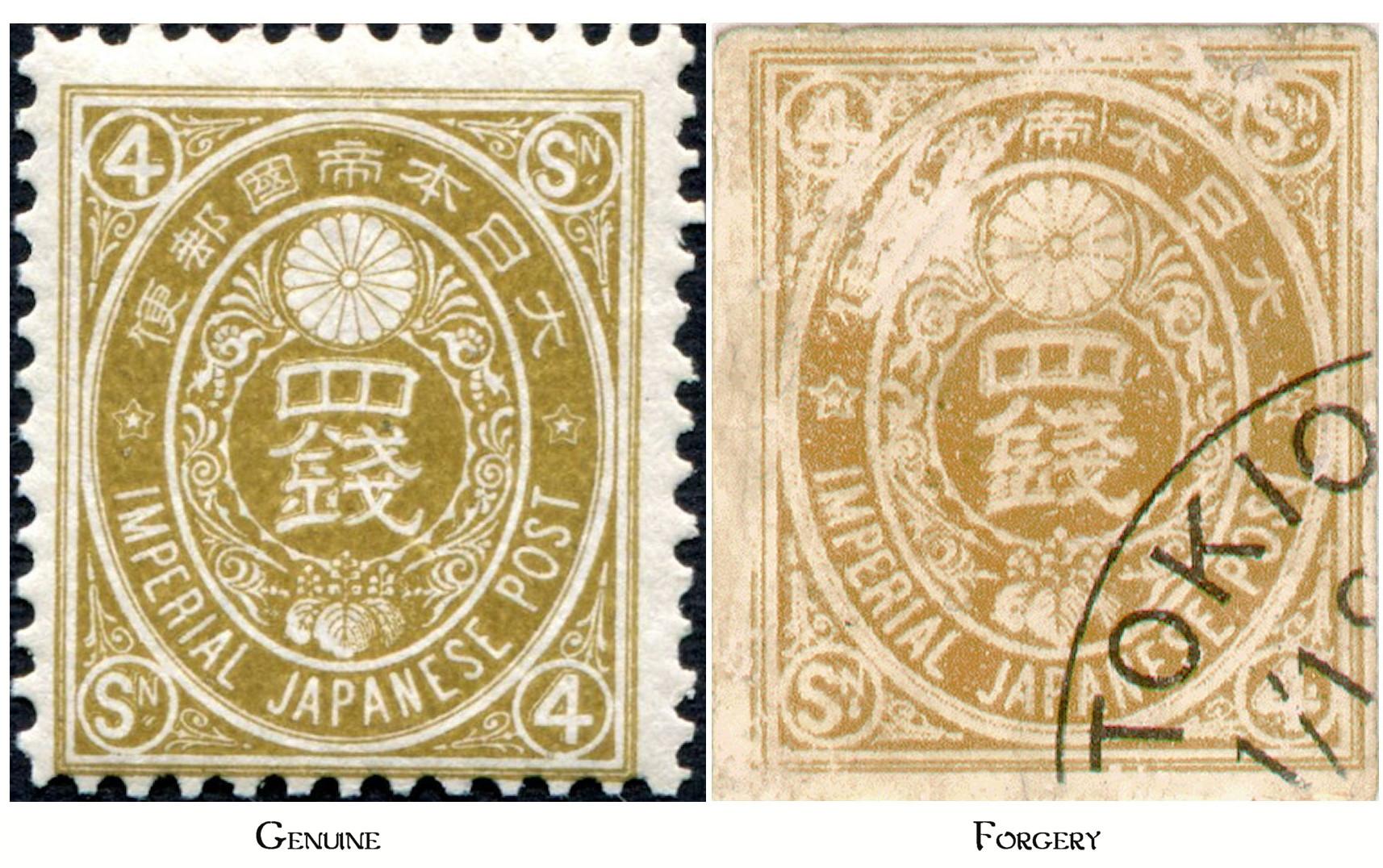 (There are no genuine Koban Stamps of any series in these value with these colors.) 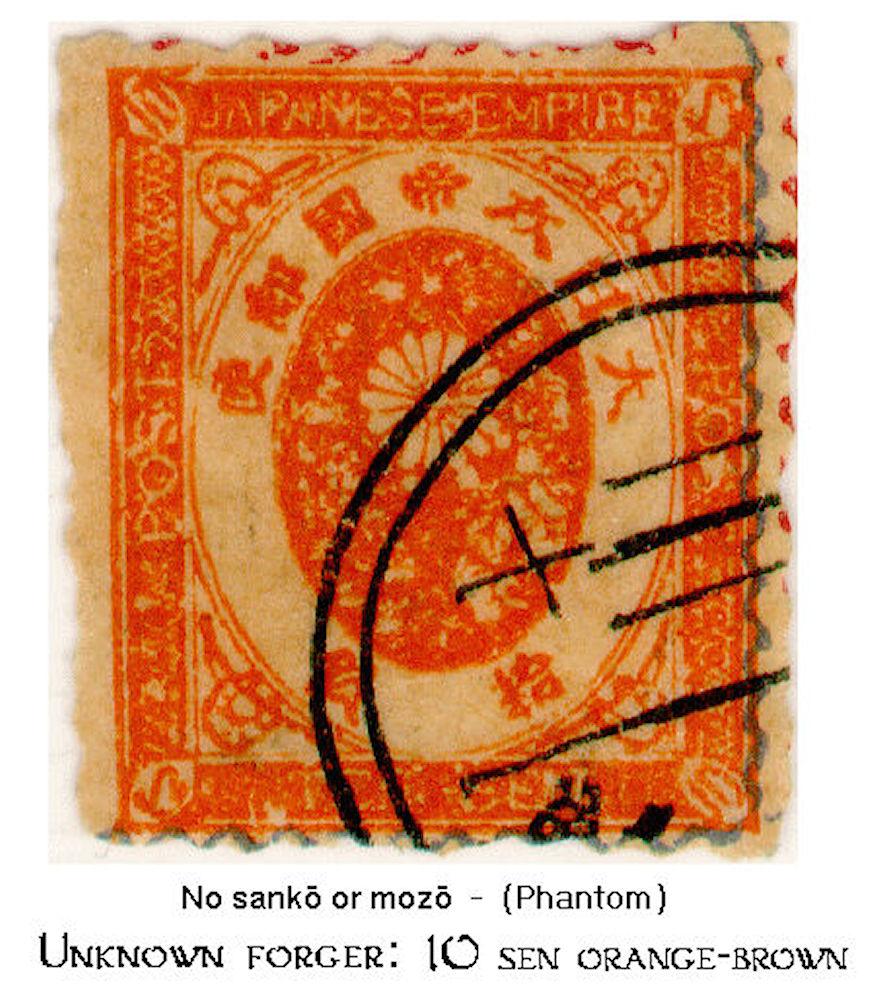 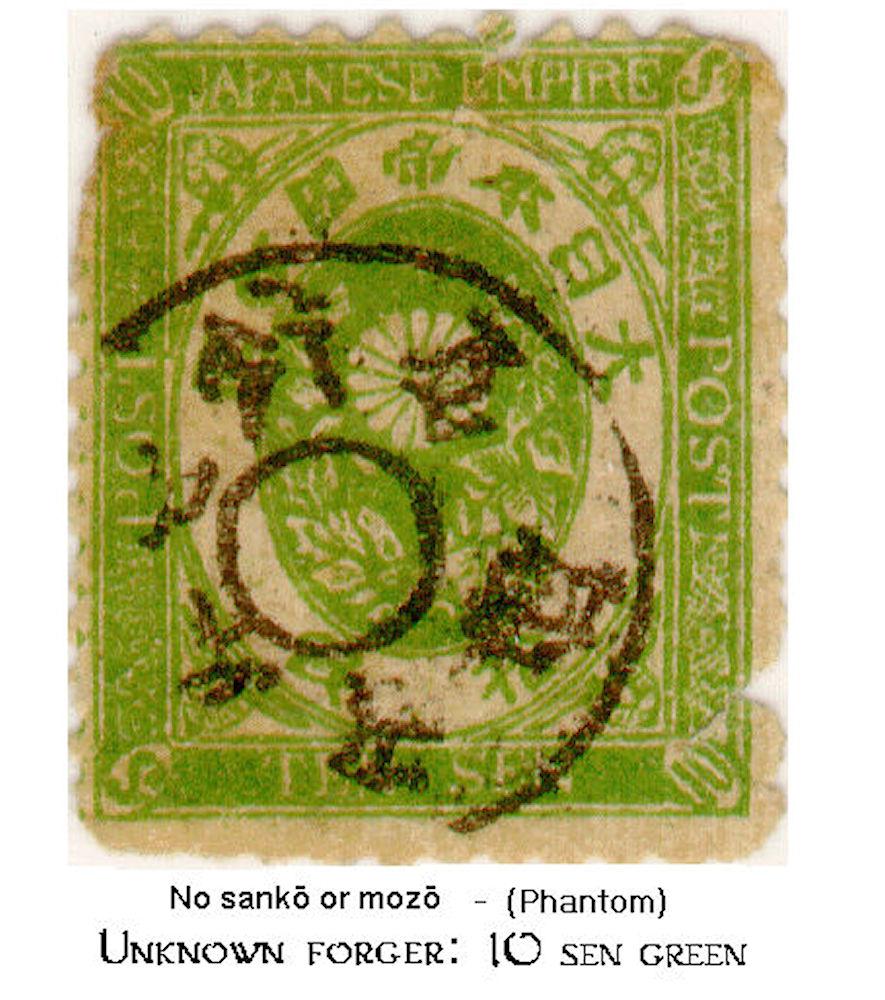